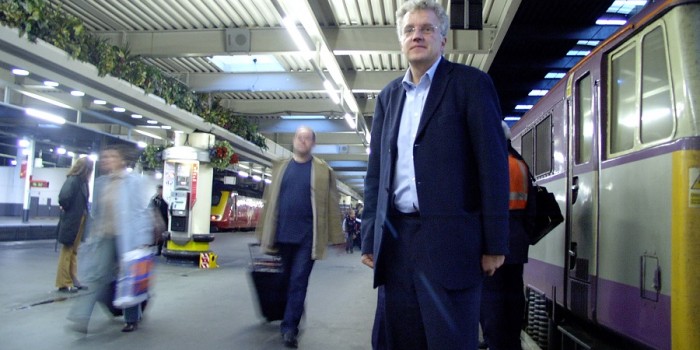 There is an easy trap for commentators on the rail industry to fall into. The railways are such an Aunt Sally in the media that it is very easy to be enlisted as part of what seems to be an anti rail agenda among many reporters and their editors.

That is why when Brassed Off Britain, produced by the BBC’s watchdog programme, called me to appear on their programme I was slightly wary. Their agenda was clearly to have a pop at the railways and I was not sure that I wanted to join in the fray.

However, they were keen on some ‘expert’ advice and I was able to push them into some areas which seemed worthwhile, notably they wanted to campaign for a nationwide railcard, something that is undoubtedly worthwhile. I got them to highlight, too, the ridiculous situation whereby connecting trains are not held even for one minute because companies are unwilling to risk performance penalty payments, irrespective of the fact that this might be better for most passengers!

They also focussed on an incident whereby some teenagers going to a Justin Timberlake concert missed the gig because they were stuck in a train from Gravesend to London for five hours.

Of course the railways get a disproportionately bad press compared with other transport modes. But overall the media has got it right. The rail industry in is in such a mess and so much of what has happened over the past decade is inexcusable that programmes like Brassed Off Britain will do undoubtedly do more good than harm. Alistair Darling would never have embarked on a rail review without the high profile given to the industry on TV and radio and in national newspapers.

The people making the programme actually became very interested in the issues surrounding the rail industry and, as relative outsiders, were bemused as to how it all happened – the simple fact that privatisation has resulted in four times more subsidy for a worse result astounded them.

That fact also amazed the managers of Queensland Rail to whom I gave a talk on my trip to Australia in May. Indeed, Queensland Rail is an interesting example of a state owned, integrated railway that has survived attempts to break it up and flog it off, and by all accounts it seems to be successful, both in freight and passenger markets. Of course there are inefficiencies that need to be sorted out but those are managerial not structural issues.

My experience in Australia where I also addressed Global Rail 2004, a meeting of rail managers from around the world, suggests that the tide has turned. No longer is it conventional wisdom that railways have to be broken up into infrastructure and operations in order to function effectively in the 21st century. Sure there is a need for reform and improvement, there is now a renewed debate about how best to achieve those aims. My column in Rail 488 addressses some of those issues.