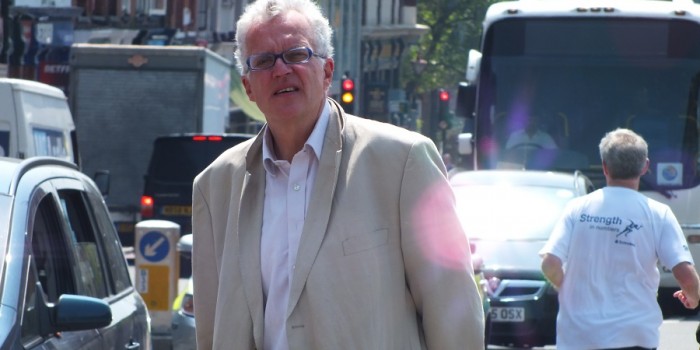 There is a war rumbling on the city streets, between 4 x4 owners and the rest of us. Driving a 4×4 in town is just plain daft. They are gas guzzling monsters which are difficult to drive and park, and take up far more space than conventional vehicles. And yet, one in seven new vehicles in London is some kind of SUV or 4×4.

Over the past few months, a canny little campaign, the alliance against urban 4x4s, led by a few activists in North London, has attracted massive publicity with a series of clever stunts. The best has been issuing mock parking tickets, which ressemble official ones but actually set out the arguments against driving these ridiculous cars in towns. For example, the one in Camden has the council logo but with the word Carbon replacing the council’s name. It highlights the ‘poor vehicle choice’ and directs people to a website to show how our descendants will ‘pay for our dependence on fossil fuels’ (www.newscientist.com/hottopics/climate).

The campaign has a series of quite specific demands: ‘We want road tax bands, already based on carbon dioxide emissions, expanded right up to the level of the most flatulent 4x4s. We also want higher a congestion charge for the biggest models in London and a ban on mainstream advertising.’

It is surprising that this campaign has been started by a few local activists rather than the head offices of Greenpeace and Friends of the Earth because it hits the spot in terms of public opinion and is winnable. There is already a groundswell of support against these vehicles which can be harnessed into a successful campaign.

In the mid 1990s, when I worked on The Independent, the Sunday paper ran a series of articles against the fitting of bull bars on cars as these increased risks to pedestrians. The campaign put the industry on the defensive and soon they were producing plastic ones, the height of fashion nonsense. And while a few vehicles do have bull bars, white van man did not adopt them universally, as might have been the case had the spread not been challenged.

To win over the public, the cars have to be seen as the naff uncool monsters that they are. Changing the zeitgeist is key. There is no justification for driving these cars in urban settings and most people, even their owners, know that.

The motoring lobby will portray this as a challenge to basic human freedoms. But ultimately, freedom has to be constrained when it causes a disproportionate amount of damage to other people. And no one is suggesting an outright ban – just a careful set of measures to discourage their purchase.

The government has a target to reduce road deaths, and another to limit greenhouse gases. The continued growth of 4 x4s – the number sold last year went up by 13 per cent yet only one in twenty is ever taken off road – threatens both. Therefore it makes sense for ministers to act, but because they are so terrified of the motoring lobby, they might need a modicum of encouragement from the public.