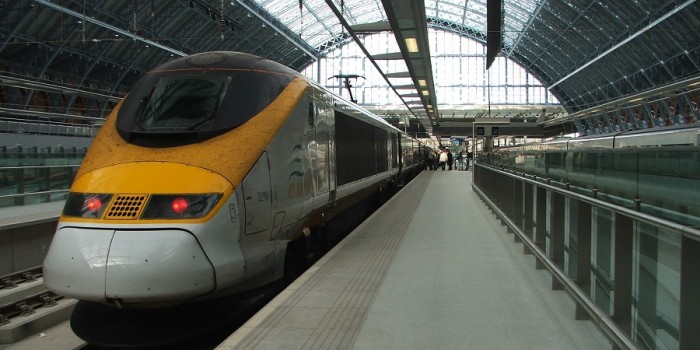 The confirmation of the order for £250m of high speed trains for domestic services from Kent along the Channel Tunnel Rail Link seems, on the face of it, unequivocally good news. Certainly, they will provide a great service for those using them with pretty much guaranteed punctuality given there will be few other services cluttering up the line.

However, the issue is actually far more complex than it may initially appear. The CTRL is a very underused asset, with a couple of Eurostar trains running, at most, along it. The idea of the domestic trains was first conceived as a way of justifying the construction of the line. This is the reverse of normal considerations when building a new line or expanding an existing one which traditionally are responses to increased demand.

The domestic services on the CTRL will, instead, attempt to create a demand by encouraging people to move to what is an underdeveloped part of the South East. There may, indeed, be good arguments for the new service in terms of regeneration, but a lot of subsidy will be required, both for buying the trains and running the services, and one could ask whether it is money being well spent.

Would the money be better spent improving, say, rail services in Hackney or ill-served parts of south London? Providing a luxury service for commuters from Kent is, possibly, not the best way to meet the government’s aim of improving access to transport for the socially excluded – who used to be called the poor.

There is, too, the issue of the service itself. For the most part, these services will replace existing trains into far more central stations such as Cannon Street and Victoria than St Pancras. The time savings, therefore, may not be as much as those set out in the original proposal for the new services which made all the difference when the CTRL project was assessed through a cost benefit analysis. And this raises a big question over usage. If, as already announced, commuters are going to have to pay a premium for the new trains, possibly as much as 30 per cent, they may opt to remain on the older ones.

Furthermore, would it not have been better to order trains built domestically. Of course the Japanese offered a good deal but we are in danger of losing the whole of our domestic rolling stock production, something that ultimately will prove to be more expensive. Moreover, why did they have to be ordered through a Rosco, which makes the procurement more expensive because the middle man has to be paid.. Since these trains could be used nowhere else on the network, surely they could just have been bought by the government direct, which would have been cheaper because the state can borrow at the best interest rate.
All this may sound curmudgeonly, given it will be exciting to see new trains and what will be a very good service introduced on to the railway. However, the order for the Hitachi trains represents another bit of muddling through by the policy makers, responding to circumstances rather than trying to define what rail is for and how best to support it.