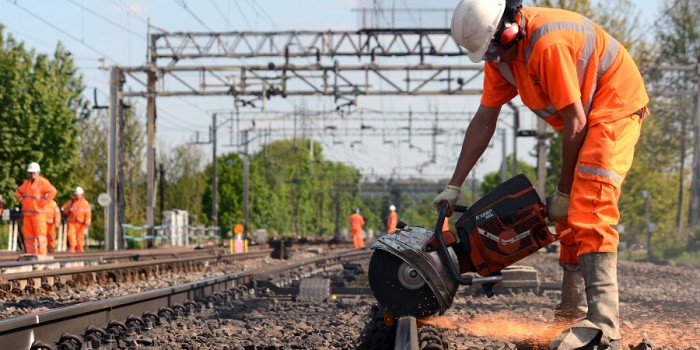 This is tempting fate but it is important to point out just how much the safety record of public transport has improved in the 21st century. It is now four years since Potters Bar, the last fatal train crash, if one ignores the Ufton Nervet disaster in November 2004 which was not the responsibility of the railways since it was caused by a suicidal driver who deliberately parked across a level crossing.

Moreover, in aviation there is a similar pattern. Since 2001, there has not been a fatal air crash involving a major Western airline. Sure, travelling on third world, particularly African, airlines can still be a dodgy business as they tend to suffer mishaps with some regularity but because aviation has become even safer in the last few years.

This, actually, was essential for aviation’s continued existence. When I was transport correspondent at The Independent in the early 90s, there were dire predictions of a major aviation disaster every ten days should the then rate of accidents be maintained, given the huge predicted growth of the industry. The latter, of course, has materialised and even increased given the unexpectedly large rise of the low cost airlines, but fortunately for the industry there has been a dramatic drop in the rate of accidents. Nothing would have done more to reduce the queues at check-in desks than such a catalogue of disasters.

The massive amounts of money spent on mitigating risks in these two industries have, therefore, not been wasted. However, there is a diminishing rate of return and certainly this point appears to have been reached in the rail industry. The rail industry cannot be asked to bear the burden of an ever more exacting safety regime which requires risks to be mitigated ever more. For example, the European Commission is trying to implement a European signalling system that would control trains without the need for lineside signalling and therefore eliminate the potential for driver errors. But the cost will be astronomic placing an ever greater burden on an industry which already, post-privatisation, has a high cost structure.

The current period of four years without a rail accident caused by factors within the industry is unprecedented and yet has attracted little attention. No news is, unfortunately, not news. Nevertheless, it should be a source of celebration and would, in a sensible world, mitigate the publicity impact of the next rail accident because, of course, there will eventually be another one. Contrast this with road safety. For most of this decade, the annual death toll has been around the 3,500 mark although it fell to 3,250 in 2004, the first significant drop for several years. However, despite the large numbers killed, there is not the same sense of urgency around this issue as there was during the spate of four serious train accidents spanning Southall in September 1997 and Potters Bar in May 2002.

Road accidents are treated as an inevitable hazard of modern life and yet there is much that could be done to reduce the toll, from wider implementation of speed cameras and an increase in 20 MPH zones to the creation of a separate traffic police force and a more rigorous enforcement regime.

It is, though, symptomatic of today’s society which is focussed on the individual rather than the collective. Public transport is, as it were, punished by being policed in an over rigorous way while politicians tremble at the thought of placing any restrictions on the freedom of the motorist. I exaggerate a tad, perhaps, but is this point not demonstrated by the fact that fares are rising at above inflation while Gordon Brown dare not increase motoring taxes?