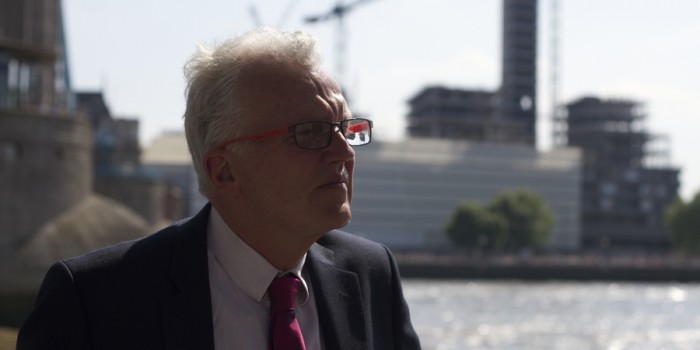 It seems everyone wants to be transport secretary.

The article on being transport secretary for a day (https://www.christianwolmar.co.uk/articles/westminster/may23,06.shtml) attracted so many comments and further excellent suggestions that I thought I would use the column this month to mention a few.

The most amusing came from a senior chap in the transport world who must remain anonymous in order to keep his job. He thought I was being far too mealy mouthed in my suggestions which included sacking the permanent secretary and replacing him with transport campaigner Stephen Joseph. Top of his agenda is to persuade Gordon Brown to introduce a Land Value Tax, enabling transport infrastructure expenditure to be paid by the increase in land values that transport services always create. Indeed, to back this up, I note that a recent Railway Forum pamphlet by Rana Roy, Investing in the new century, (http://www.railwayforum.com/getfile.php?id=219) quotes research showing that the increased land value of the Jubilee Line Extension was £2.8bn, precisely its cost.

He goes onto suggest a whole host of innovations starting with the commissioning of a Maglev system between all major UK cities, the deregulation of bus services together with telling council leaders that in future they will be subsidised using the revenue from land value tax, and flogging off all landing slots at UK airports, using the huge sums generated to fund improvements in environmentally sustainable methods of transport. He then goes just a tad over the top by dropping in on Buckingham Palace to present the Queen with her new bicycle and inform her that her 120 cars will be crushed and her chauffeurs are to become bus drivers! And he would replace all speed limits from miles per hour to kilometres per hour so that there is an overall reduction but no need to change the signs!

Another correspondent, Ian Brooks, suggest ‘setting a target for each region (appropriately challenging for each) to increase walking and cycling to schools. Various departments would benefits (health, transport, Home Office etc) and bring some systemic and holistic thinking’.

Simon Smiler wanted to see support for electric trolleybuses and continental style light weight trains, a very good point as both offer a clean form of transport in urban environments. He also suggested a ‘national programme of railway electrification, operating on a rolling basis so that by 2020 almost all main routes plus many infill services are electrified’. In answer to the oft mentioned retort that this merely shifts the pollution elsewhere, he says: ‘electricity can come from many sources, including a new generation of clean burning combined power and heating fluidised bed coal fired facilities which are very efficient and much cleaner than ordinary coal powered facilities.’

On aviation fuel, Paul Temperton argues that it would be perfectly possible to begin taxing domestic aviation immediately, which would not contravene EU rules. He says that the European Commission has issued a Directive clarifying that taxing aviation fuel is lawful and that as far as domestic flights are concerned there is nothing to stop any government from taxing them right now. International flights involve bilateral air service agreements between states which need to be renegotiated but there is no legal obstacle to imposing fuel duty, merely a question of political will. This suggests that the government’s tendency to hide behind the difficulties of doing things on a European or world wide is a smoke screen. Whether the new transport secretary, Douglas Alexander, who seems eager to show his green credentials, will face this issue head on remains to be seen.

Temperton also highlights the fact that German Railways attempted to take on the airlines through the competition authorities and lost in European Court of First Instance but may decide to appeal to the Court of Justice. He suggests: ‘somebody — the railways companies, I suppose — ought to take this up at domestic level here too. GNER seems happy to rush to the courts over the Rail Regulator but can’t they also take a case to the Office of Fair Trading against having to pay tax on their energy supplies when London-Newcastle and London-Edinburgh airlines do not?’ An interesting point.

There were plenty more contributions which I do not have space to cover but do keep them coming. I would welcome, too, comments on the new revamped website.