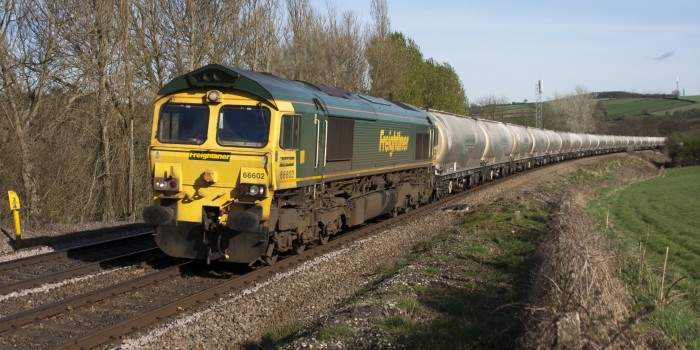 Infrastructure planning is an imperfect business and the railways are a clear illustration of that. Indeed, one feature of Britain’s railways is that they were never planned out in a systematic way but, rather, came about as a result of raw capitalist enterprise mitigated, only slightly, by Parliamentary considerations.

I muse about this because I have never quite understood why successive proposals for a major freight railway across Britain have never come to fruition. Older readers will remember that I wrote several articles in the 90s and early 00s. In Rail 408 (May 2001, but available on my website), my column covered the revamped proposal to build a freight line through the heart of London.

The original Central Railway proposal for a line that would run through the spine of England to the Channel Tunnel came to Parliament in 1996. It was probably too near a general election (which took place the following year but might have been sooner as there was only a small Tory majority) and was voted down by MPs with barely a handful supporting the plan. The boss of Central, Andrew Gritten, told me at the time that it had all been a stitch up because the Tories, including then prime minister John Major, privately had supported the idea but then panicked at the last moment because there was a plan to pop up out of a tunnel in Croydon, which would have caused much demolition, and withdrew their support. The proposers were then left to look really stupid for having put forward an idea that had virtually no support.

Five years later, therefore, my article considered whether the scheme could be revived. The original plan had changed somewhat and now was to be a 400 mile railway linking Liverpool and Lille and like the original proposal was intended to operate flat wagons that could be used by lorry trailers, rather than being aimed at containers. This time part of the route went through Surrey which, as I opined at the time, would not be a popular idea in that leafy Tory country where there are more golf clubs than pubs (I exaggerate but only a tad).

I sounded vaguely optimistic at the time about the proposed £6bn scheme as it was intended to be entirely funded by the private sector, and other schemes to bring private money into the industry, such as Alistair Morton’s Special Purpose Vehicles, had foundered. All I suggested at the time was that the idea should at least get a hearing from ‘the government, the Strategic Rail Authority and the media’…

To no avail. The scheme meandered on for a bit but was then quietly forgotten. Well, not entirely as Kelvin Hopkins, the Luton MP, one of the real supporters of the industry in Parliament, has tried to keep the flame alive with a scheme now called GB Freight Route. The plan would be for a line that links HS1, at Barking with Birmingham, Sheffield, Manchester (via the Woodhead tunnel being reopened) Carlisle and Glasgow. The line would be built to the Continental Gauge able to accommodate full sized lorry trailers and European wagons and its main purpose would be for continental traffic to man points in Europe. The route would make use of some of the old Great Central alignment and consequently Hopkins reckons that only 14 miles of new track would be required, nine miles of which would be in tunnels. According to a survey carried out privately by a major consulting engineer, the cost of the railway could be as little as £3bn though Hopkins says he has ‘doubled that to make it seem more credible’. The estimate is that some five million lorry loads of freight could be taken off the roads annually and that the railway would comfortably cover both its construction and operating costs over time.

Hopkins is bemused that this scheme has never been picked up in any serious way by government or any rail companies. He says he has proposed the plan to a wide variety of people including ministers, influential MPs, engineering companies and other interested parties over the years and reckons there is a depressing pattern: ‘At first they love the idea. They say things like “this is a no-brainer, why has it not happened before. Or “what is there not to like in a scheme that will take thousands of lorry journeys off the road”’ But then, he says, interest wanes: ‘They go off to discuss it with their colleague and then my phone calls are not returned, and the idea seems to fall by the wayside. There has been more solid support from a few people, notably Eurotunnel which would obviously benefit greatly. Indeed, Jacques Gounon the chief executive of Eurotunnel has been pressing the UK government to look at a spinal freight route linked to the Tunnel. Hopkins says that the major supermarkets are eager to show their green credentials by making more use of rail but find there simply isn’t the capacity available on the existing network and have enthusiastically embraced the concept, as have road hauliers like Stobart’s.

Hopkins feels that the main reason people lose interest is because they fear it would make the case for HS2 less viable. Hopkins is, indeed, a sceptic about HS2 concerned that it will not free up many routes for freight as promised – because many towns will not be served by HS2 – and that it is something of a white elephant. However, he stresses that the two are not incompatible as their routes, except for a few miles, are separate and could even complement each other.

The only serious support has come from the controversial – but train and cycle loving – Telegraph journalist Andrew Gilligan who is fervently anti HS2 but has supported the idea of the freight railway in several articles. Indeed, he has suggested that the Labour front bench should take a good look at the scheme. He has a point

It is difficult to understand why this type of scheme has not been properly examined over the years. Taking freight off the roads is one of the most electorally popular policies that a government could carry out. Go on the doorstep and start talking railways, and that is what many people, who might never set foot on a train themselves, would suggest. Yet in two decades the scheme has never even been properly assessed. It might be completely ludicrous or impossible (but then there are those who say that HS2 is). It would certainly be cheaper than HS2 even if much new railway were needed because it does not have to go into towns where laying track is obviously expensive.

I suspect the notion that it could be entirely privately funded is optimistic but nevertheless given that, without much discussion or proper assessment, some £50bn is being spent on HS2, spending a few million on a thorough investigation of the freight scheme would seem sensible, to put it mildly. Perhaps readers can enlighten me as to why it has not happened because having investigated and written about the idea half a dozen times over the years, I, like Hopkins, have no coherent explanation for the failure to develop the idea.

I am no fan of franchising as I am sure most readers know. I was also adamantly opposed to the rapid reprivatisation of the East Coast route because it was carried out for purely political and, indeed, almost vindictive reasons. Here was a perfectly well-functioning operation that was to be disrupted, again, just because it was a successful public sector business that made ministers insistence that franchising is the only game in town look foolish.

I would be the first one to laugh out loud if the franchise were stopped in its tracks but it must be said this is a ludicrous intervention. These are not major routes and in any case most passengers on the railway do not have the opportunity to choose different operators. It is, at most, a marginal issue in the industry and certainly not worth making a fuss about it. Why do these jobworths go for industries where competition – or lack of it – really is a major issue and, crucially, can be remedied, rather than busying themselves with an industry that is a natural monopoly.