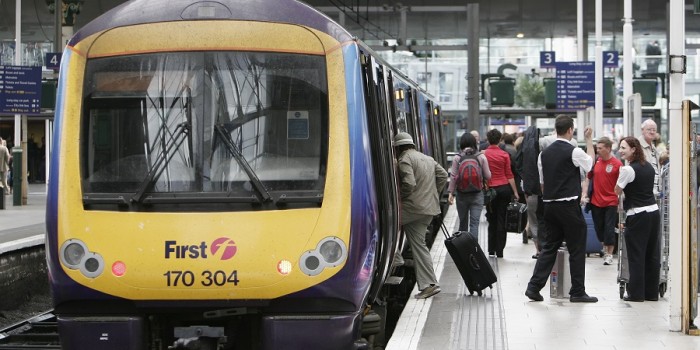 The cattle have started mooing. The least surprising statistic of the year is the revelation by Transport Focus yesterday that rail passenger satisfaction has been falling faster than the pound after Brexit.

To be fair to the railways, there have been some extenuating circumstances. In particular, the chaos on the biggest franchise –  Thameslink, Southern and Great Northern – has been going on for weeks with management incompetence exacerbated by union intransigence over planned changes and has resulted in a blame game that has left thousands of passengers in a state of constant bemusement.

However, it is not just on that particular franchise that complaints are mounting and there are longer term issues around the country which suggest things ain’t going to get better. Use of the railway has more than doubled in the past twenty years, and growth shows no sign of abating. Commuters who were once guaranteed a seat from their home station can now find it difficult to get on the train at all.

With money so tight at the Department for Transport, promised passenger improvements are now being scrapped or delayed. New deals with the rail companies that promised investment have been given the once over by the Treasury with the inevitable consequences and those cuts mean trains are becoming even more crowded as a result.

It is not just the Government that is to blame. Train companies get off lightly when things go wrong and it is time that ministers clamped down on them, given that a quarter of their revenue comes from taxpayers. The fines that train companies pay when they cause delays bear no relation to the number of passengers on board or to the time of day. There are even perverse incentives in the system such as encouraging late running trains to miss out stops in order to catch up on the timetable and avoid fines.

Season ticket holders get a particularly raw deal as they can only get compensation when they renew and even then it is based on average train performance across the franchise which means people suffering frequent delays may get no money or vice versa.

On longer journeys, passengers are supposed to get compensated if they are an hour or more late, but in practice many do not claim because the conductor does not hand out forms or they simply do not know about it. The system is in urgent need of reform. Fines in general should be much higher to reflect the inconvenience to passengers and companies, and the rail companies should  be heavily punished if they fail to advise people of their rights. And a big blessing would be to scrap those unconvincing automatic announcements apologising for ‘the inconvenience’ . That would send passenger satisfaction soaring.