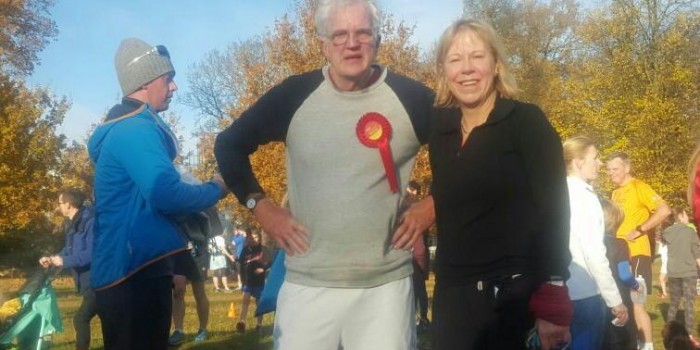 I did the Richmond Parkrun 5k this morning in the glorious autumn sunshine and was joined by Ruth Cadbury MP. Parkrun is the kind of community activity that has been made possible by a combination of new technology and volunteers.

It is precisely the sort of event that could have been part of the Big Society which for a while was David Cameron’s mission statement. But like so many Conservative initiatives, it was all words and no action. There are now nearly 100,000 people running in dozens of events across the country every Saturday at 9am. While this initiative has thrived without government support, thanks to sponsorship and volunteers, the government should make efforts to support it.

In particular, there are actually few people my age – I am 67 – running in these events and yet many of my fellow age group could well run 5k which would improve their health and fitness. It would be a cost effective measure to encourage this demographic, since fitter people require fewer interventions from the NHS.

The Big Society was actually not a bad idea. Labour could do worse than pinching the concept, if not the title, encouraging community involvement in all kinds of activity. For the record, I have done 80 Parkruns over the years – and I will get a free T shirt when I reach 100.

Thanks again to Ruth for joining me – I will do it again next week if anyone else wants to come.