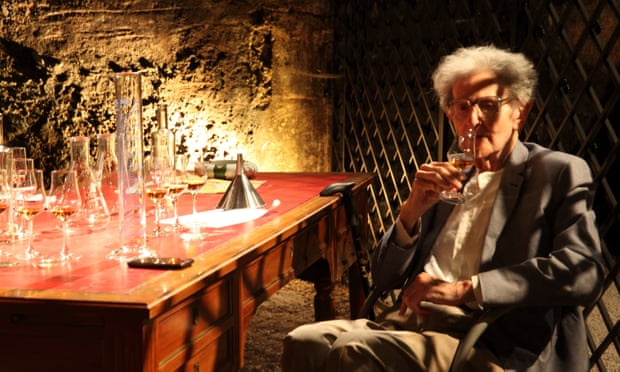 The writer Nicholas Faith, who has died aged 85, was a gentleman mischief-maker. Courteous to a fault, he pursued those he took against with rigorous research and enormous energy, and was always looking for new stones to overturn. As his youngest son, Joe, put it, Nick was “critical of most establishments he wrote about”. And his work covered plenty of them.

His journalism and 20 books dealt with subjects as diverse as cognac and classic trucks. Safety in Numbers: The Secret World of Swiss Banking (1982) was one of the first books to investigate the subject, and Sold: The Rise and Fall of the House of Sotheby (1985) was highly critical of the behaviour of the leading auction houses.

Nick challenged establishments from the inside, too. He was a member of the Reform Club and fought a campaign in the 1970s to persuade the club to allow women to become members. As a result, in 1981 the Reform became one of the first major clubs to allow in women on equal terms.

There was perhaps one exception to his wholesale hounding of establishments. He loved the wine business and those who ran it, enjoying the hospitality of the great French wine estates and writing about them with huge affection – though not entirely uncritically, as he hated the snobbery, while loving the people and the wines.

He first became involved in this world in the opposite way to most people: it was through his business journalism that he began to investigate the industry, and only then that he started to develop a taste for the grapes themselves. His interest started with clarets and the great Bordeaux estates, moved north to Medoc and then across France to Champagne and eventually Cognac, which became his greatest love and in which he became a renowned expert, writing the definitive history of the drink that in 2010 earned him a lifetime achievement award from the official cognac organisation. His best book on wine, The Winemasters (1978), covered the Bordeaux scandal of the 1970s and won him the André Simon award for books on drinks.

Another of his passions was the railways, one that he and I shared. Unlike conventional railway books, which are full of lengthy technical descriptions of interest only to trainspotters, Nick’s 1990 book The World the Railways Made explained how the railways had affected virtually every aspect of 19th-century life. He went on to work on a series of TV programmes about the railways and transport, out of which emerged, somewhat to his embarrassment, his bestseller, Classic Trucks (1995). He was fascinated by accidents, writing Black Box (1996) on aviation disasters, as well as books on maritime and rail accidents and road deaths.

Nick was born in London, son of Rosalie (nee Saville) and Philip Faith. His father owned several companies producing furniture, and sent his son to Harrow school, where he was nicknamed “the elephant’s child” – the boys had read their Kipling – as he had already started exhibiting the characteristic that was to last all his life: an ineffable curiosity about his fellow human beings and, in particular, their foibles. When Philip died just before Nick graduated from Oxford – with a first in history that was considered outstanding by his tutors – he had to temporarily take over the business, and that gave him an understanding of the real world.

It provided him with the experience and confidence to take on his first job in journalism, as industrial editor of the Economist, having abandoned his initial choice of career as a film editor – his credits included assistant editor on The Inn of the Sixth Happiness (1958). He moved to the Sunday Times, where he was part of the Insight team, and went on to work for various other newspapers including the Financial Times and the Independent.

Nick exhibited all the positive aspects of a bon vivant, enjoying life’s pleasures, particularly alcohol, to the full without being boring about it. My best moments with him were our regular dinners at the Indian Ocean, an unexpectedly good curry house in Holloway Road, north London (where we were joined in later years by Joe and my wife): we would pontificate over the failings of our politicians in transport and argue about Brexit which, surprisingly for a man with such a love of France, Nick supported to the end.

He would talk, too, about his latest project, whether it was what turned out to be his last published book, a history of the Channel Tunnel, or the next one, which was to be an account of the racier aspects of the 1950s. In the week he died, he was still at work in bed, bashing out an article on cognac for a French magazine, and even on his last day he was still railing about Jeremy Corbyn, his least favourite leader of the party he supported.

Nick married Rosamond Arnold-Forster, a medieval historian, in 1956 and they had four children. They divorced in 2000 but remained close.

He is survived by two daughters, Kelly and Becky, two sons, Danny and Joe, and six grandchildren.