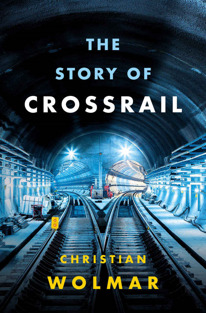 Wherever you look in the rail industry, there seems to be trouble ahead . I do not want to be a Cassandra, sounding warnings that will never be believed, but every conversation I have with railway people ends up with gloomy predictions.

However, it is difficult not to be pessimistic.  I am usually a half glass full sort of fellow but it is difficult to sustain that in the current climate, despite the fact that the railways are benefitting from very generous – unprecedented even – amounts of cash for investment. The situation with the railways in London is a case in point. On the one hand, us Londoners are blessed with a fantastic railway. I have taken a variety of odd journeys to parts of the capital I do not frequent very often and the service and frequency levels are very impressive. Several of these journeys have involved various parts of the London Overground and it never ceases to astonish me that whatever time of day I travel , the trains round what used to be the North London line are very well used, a line, remember, that in the sixties the dear Doctor wanted to close. Parts of the Overground are even open at night on Fridays and Saturdays, a big boost for London’s night time economy.   The London Underground has, too, been functioning efficiently every time I have used it recently, though it does often involve inadvertently having to smell other people’s armpits.

Nevertheless, wherever you look, there are clouds on the horizon, both in the short and long terms. There is a mayoral election in London in a year’s time and the Mayor, Sadiq Khan, will be very keen to demonstrate that he has made progress. That spells trouble on various fronts. The First, there will; be attempts to speed up various investment schemes and that inevitably leads to rises in costs and pressure on the supply industry.  Secondly, there is a dispute growing over Underground pay. Sadiq is the third London mayor since the inception of the post and his predecessors have followed the long line of previous London administrations in giving in to demands around pay and conditions for the staff.

The new pay rates which should have been settled by now are still being negotiated but Sadiq is rather stuck between a rock and a hard place. Thanks to his imposition of a freeze on fare rises during the whole of his four year tenure, the sharp cuts in government grant which means Transport for London bus and rail operations have to be self-financing, the delay to Crossrail (about which more below) and the slight fall in numbers travelling on the system, the last thing Sadiq can afford is to accede to large pay rises.

As a lifelong Labour supporter, leaning to the Left in the party, I have every sympathy with workers wanting a better deal. However, given that the current pay rate for drivers is £55,000 for a 35 hour week, with opportunities for overtime, demands for large increases do seem out of step with what most Londoners are receiving in pay rises and, moreover, Sadiq is in no position to accede to them. Nor, however, does he want to have a hugely disruptive strike just as the election campaign gets under way. London may be a Labour city but given the volatility of the political situation at the moment, he is no shoo-in.

Moreover, Sadiq will not be able to boast about London’s fabulous new railway, which would have given him a hefty PR boost. In fact, the situation with Crossrail goes from dire to worse. It pains me to say it but I have to confess to a bit of mea culpa here.  When, around this time last year I was writing my book, The Crossrail Story, I spent a lot of time talking to senior managers. A critical review of the book on Amazon suggests that I was ‘embedded’ in Canary Wharf, the then headquarters, and, gulp, there is a bit of truth in that. There was such an air of optimism about the project being ‘on time’ that there seemed little doubt that the Queen would be making one of her rare forays on public transport on December 9th.  The project was 93 per cent completed, and there seemed to be little doubt that the remaining 7 per cent was going to be delivered on time.

To be fair, while I may not have sufficiently challenged the prevailing atmosphere and I should certainly have questioned precisely what ’93 per cent’ meant, I was never convinced that the deadline could be met. Every time I went on a site visit and saw hundreds of orange-suited workers scurrying about, it seemed to me that the target date was a fantasy. I expressed this on numerous occasions and was always told that Dec 9th was still achievable.

The debate about who knew what when, investigated ably by Phil Haigh in the last issue, does not explore the even more difficult question of how this self-delusion became conventional wisdom in the organisation. My view is that it became an article of faith, almost like a religious belief. There had been a feeling that the tunnelling process had been completed virtually on time, so everything was possible. What I do not understand is how they could have got it so badly wrong, not just by a few weeks or months, but two years. According to a telling and damning phrase in the superb National Audit report, Completing Crossrail, published at the beginning of May ‘the managers believed they were an exceptional team, capable of delivering exceptional results’. Ah hubris! Indeed, that is what they kept on telling me when researching the book. Repeat something often enough, and you end up believing it. That shows how it was the culture of the organisation which contributed to the lack of realism.

It was that American ‘can do’ culture that anything is possible. The team became obsessed with the completion date of December 2018 and consequently ran contracts concurrently ‘which created vulnerability on the critical path’, compression in the programme and increased risks. The other key issue is that the contractors for the 36 main contracts which includes stations and various systems installation were not required to manage interfaces with one another or be responsible for risks caused by delays to other contracts. Terry Morgan, the now departed chairman, was very insistent with me that the way of working in Crossrail was to ignore boundaries. In other words, everyone was working for Crossrail and not Bechtel, Mott Macdonald or whoever. But I rather missed the implication of that, which was Crossrail would therefore take all the risk when a contractor was delayed by another. This, according to the NAO, was a major source of increased costs.

If the length of the delay is shocking, then the increases in some of the costs are just eye-watering and again it is the interaction between contractors that has proved so difficult to manage. The NAO report highlights the fact that changes to the design and to the schedule contributed significantly but the main rise in costs, almost £1bn, was compensation to one contractor for the failings of another. This highlights the sheer difficulty of managing such a huge scheme which involved 10 new stations in London, as well as a host of other works. In other words, it is project management that is the skill which appears lacking, either in the public or private sector. Having written about such megaschemes for many years, I find it strange that the lessons from this issue, which emerges time and again, have not been learnt.

It is future Londoners who are likely to pay the price. Although the Crossrail delay and the overruns will be forgotten once this amazing railway opens – who remembers the Jubilee Line Extension overran massively, as did the Channel Tunnel and even the Forth Bridge –  the impact of the delays and the various criticisms of the project will undoubtedly be the last nail in the coffin of Crossrail 2 which was already politically difficult to deliver given the transport resource misallocation between London and the rest of the country.

The Channel Tunnel celebrated its 25th anniversary earlier this month but the event attracted very little attention in the mainstream media, despite the fact that Europe is somewhat in the news at the moment. That is an illustration of the tunnel’s failure, or rather, of the fact that the politicians have failed to capitalise on its existence to promote our links with Europe. The tunnel is now relatively well used, when Eurostar finally reached the 10 million annual passenger mark a couple of years ago, it was almost two decades after the pre construction predictions.

The Le Shuttle services are also relatively well patronised but the fact that Chris Grayling had to scrabble about to find some ships when there was the risk of a no-deal Brexit shows that there is not sufficient capacity.

The failure, though, is on a deeper level.  The tunnel has not cemented our relationship with Europe as the, albeit narrow, vote for Brexit confirms. There are several reasons for that. Partly, and this is not going to go down well in a railway magazine, I think that if there had been a direct road connection, the links with Europe, and especially France,  would have developed more strongly – ‘let’s pop over to Calais for steak frites, darling’. In fact, as Mrs Thatcher who had desperately wanted a road connection was forced to admit, that was technically impossible and I am delighted that this was the case.

Instead, though, we could at least have had little shuttle trains linking Pas de Calais with Kent, but the ridiculous safety rules and the cost considerations prevented what would have been a very important and popular service. This was a failure on the part of pro-European politicians like Tony Blair who should have tried to force through those links. There could, for example, have been special Eurostar services that  operated between say Canterbury and Boulogne, but again, the ridiculous safety rules would have meant ridiculously long 18 car trains would have had to be used.

Eurostar has always operated like an airline, rather than a rail service, and has been very unadventurous in developing new routes. Moreover, it has failed to provide a proper European service for through tickets and this has now been made worse by the apparent scrapping of Deutsche Bahn’s Sparpreis tickets which allowed through ticketing at cheap prices to many German destinations (and indeed provided cheap deals for some people travelling beyond Germany). Apparently Eurostar felt that it was not economically worthwhile and it does seem DB was getting the tickets cheaply but in a way that is not the point. Eurostar should be a railway gateway to the rest of Europe but it has failed to encourage much travel beyond Brussels and Paris precisely because it still sees itself as an airline rather than a railway that is part of a huge Europe wide network.