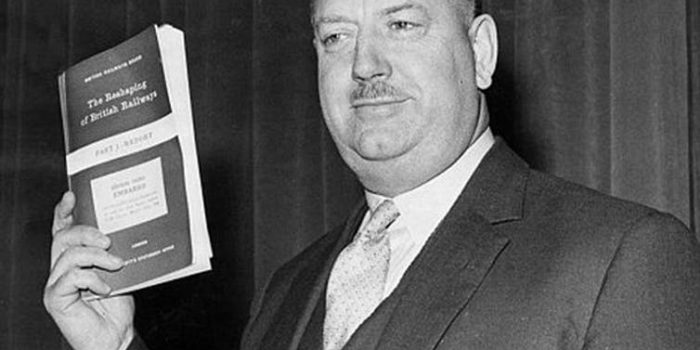 The most popular transport policy that I hear when canvassing people on the doorstep is undoubtedly the reopening of closed railway lines. It is remarkable how the name Beeching is still remembered and always in hostile terms. It is odd, therefore, that no political party has seriously adopted the idea of a comprehensive approach to reversing the cuts carried out in his name (even if he was not entirely to blame).Such a policy is always seen as too difficult and which harks back to the age of steam and trainspotting..

Of course there have been some recent highly successful reopenings, most notably in Scotland and Wales, and the efforts of Railfuture (of which I am honorary president) are to be commended. However, the process has been haphazard. Lines where there has been a good local campaign or a council with a dynamic leader have been reopened while others, where the case is just as strong, have remained closed.

Lord Andrew Adonis, who was transport secretary for the last year of the Labour government, has now attempted to give the idea a rationale with a clear programme of reopening lines. In a well-researched speech to the Institute of Public Policy Research, he explained how the state of Baden-Wuttemberg in southern Germany ‘has successfully reopened two major lines in recent years and has plans to reopen 41 more with a decision to be taken next year on 15 priority projects’. He wants the same scale of ambition across the board in the UK.

The most interesting part of the research backing up the speech looked at the effect of the loss of the railway on the economy of towns without a rail connection. Adonis cited a report from the Centre for Economic Performance published last year which showed that the fifth of Britain most exposed to rail station closures between 1950 and 1980 saw 24 per cent less growth in population by 1981 than the fifth which were least exposed.  Intuitively that makes sense.

Adonis points out, too, that even where a railway station has been retained, the loss of a direct connection to London is a big economic blow. He cited places such as Cleethorpes, Grimsby and Middlesbrough and contrasted them with those that retain connections. Not having any railway connection is a great disadvantage, even for people who do not use trains much or even at all as the research also shows that these towns off the network tend to have ageing populations as younger people with marketable skills want to have access to rail services.  A very interesting point emerges from the research which is that London and the South East would have grown more slowly without the Beeching cuts as there would have been more regional activity. This, in my view, though Adonis will disagree, shows why it is far more important to boost rail services in the North than to build HS2 which risks further increasing London’s dominance. But that debate is for another day.

While the advantages of good rail connections may be all too obvious for those of us who are supporters of the railway, they have not been sufficiently articulated. As Adonis pointed out in his speech, we are up against a system of assessing transport projects, known in the Department as WebTAG which relies on assessing benefits mainly in terms of small journey time savings made by many people and then aggregating them up. Therefore, opening an extra station can be seen as a disbenefit to many existing rail passengers whose trains will have to make an additional stop.

Moreover, the system very much favours parts of the network with existing high levels of usage as there are obviously more people who benefit from a project. This partly explains why the SouthEast gets the majority of rail projects but it also proves to be a barrier to reopenings. These schemesshould, as Adonis argues, be viewed in the wider context of the economic benefit they bring, which is not in terms of small time savings but rather the overall impact on an area. The failure to view station closures and openings in a more holistic way leads to decisions like the one that led to Milton Keynes not having a railway station until  1982 and still suffering from the fact that the east – west line through the area, between Oxford and Cambridge, was shut just as the decision to expand the town was made. One of the country’s biggest towns without a station, Washington, also lost its railway connetion at the same time as being designated a New Town. You cannot make it up!

Adonis identified three types of line where it would be both relatively easy and enormously worthwhile to restart services. First, he suggests, reopen stations on existing lines that serve sizeable population centres. Indeed, how often does one see from train windows quite large clumps of housing which clearly once benefitted from a station but now all the residents get is a view of passing trains. Moeover, some towns now only have one station when previously they had more, and these might well be worth reopening. The present franchising system, however, makes this difficult as agreemend would have to be sought from the local operator and there is bound to be an additional financial cost as a result. One for the Williams Review.

Second, he wants to see the reopening of mothballed or freight-only lines which serve major population centres. Crucially, he points out that many of these might well serve suburban areas of major conurbations and would immediately attract considerable usage. There are even some freight only lines in London!

Thirdly, and this is the most difficult and expensive part of his plan, ‘plan and build entirely new stretches of track where essential to connect large towns, or city districts, to the rail network, often on the alignment of Beeching closures but without reopening the entire lines which were often much longer’. Often Beeching’s report led to the closure of whole sections of line where part might have been retained as a branch line which would have been wholly viable.

In the discussion following his speech, a woman from Hartlepool made the telling point that it is no good reopening lines if they offer a service that is as poor as some of the existing routes in the North East. Adonis responded that she was right and that both reopenings and improvements were needed, and that there was enough money in the transport budget to do this: ‘The M4 project in Wales has just been cancelled saving and the scheme to dig a tunnel under Stonehenge should also not go ahead, which would provide £3bn for a start.’ The key, he says, would be for this money to be earmarked for a ‘Reopening Beeching’ project and it would then be up to the Department for Transport to allocate the funds to the best scheme, rather than the Treasury pouring over every individual project. The most important aspect of Adonis’s thinking is that reopening lines would be a permanent part of the Department for Transport’s brief.

Oddly, Adonis was not quite as radical when he was in office, though he does claim to have killed off the Stonehenge scheme, only for it to be revived. However, Labour, if they win the election that is likely to happen this year, could do worse than bringing him back in some capacity, even if not transport secretary, in order to push these ideas through.

ASLEF, the train drivers’ union, has commissioned an excellent piece of research, On track with diversity, which demonstrates the snail like progress on making the railway a more diverse workplace.

While the report puts the onus on the operators, as clearly they are the ones who make employment decisions, it does note that in the past the unions were not a positive force in relation to diversity. Sexism was rife as it was across society and thankfully this has changed. Indeed,  Mick Whelan, the general secretary of the union, highlighted in his speech introducing the report that progress had been made citing ‘old fashioned stereotypes, reinforced by children’s television programmes such as Thomas the Tank Engine…have given way to [material] showing positive images of women driving modern locomotives’.

A good point but while indeed the situation  has improved in the seven years since the union last produced a similar report, the numbers are still low. It is amazing that only 5 per cent of train drivers are from BAME (Black, Asian and minority ethnic) communities, especially given that railways are concentrated in urban areas where the BAME proportion of the local population is high. Despite much positive publicity of pioneering women who have broken through, only 4 per cent of drives are female. Freight does particularly badly in this respect as demonstrated by the fact the first freight driver in Scotland has just qualified.  Nor has sexism and, indeed, racism, completely disappeared.

The report finds that while some train and freight operators have been at the forefront of pushing for diversity, others have lagged behind and need to up their game. One area of progress is that more employers are prepared to consider part-time drivers, which certainly makes the job more attractive for women with childcare responsibilities. One key suggestion is that every company should have a ‘champion’ whose role includes pushing for greater diversity. The report suggest that ASLEF, too, should consider appointing a champion for each of the under-represented groups whose job would be to liaise directly with each employer to ensure there is progress.

One final point is that in many cases the data on identifying particular groups is difficult to find or, indeed, may not exist. Therefore a key starting point is monitoring the current situation and changes annually.