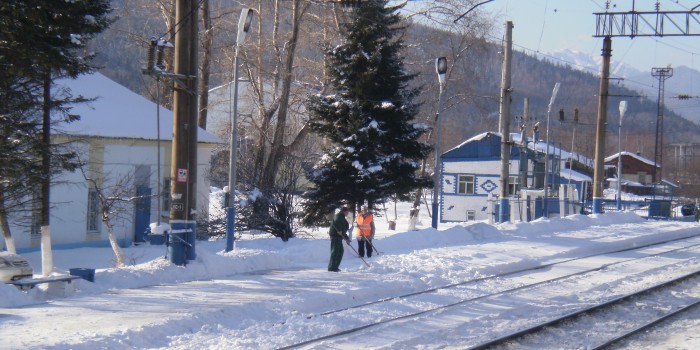 Well dear reader, you deserve a break. So do I. We’ve all been inundated with Brexit,  Leavers, Remainers, Boris Johnson and Operation Yellowhammer for what seems like years and in the rail industry it has been just as frenetic, with the Williams Review, collapsing franchises, declining performance, daft ministerial statements and doubts over HS2.

So it is time for something different, for one column only – no mention of any of the above but a peek into the past and a few thoughts about the history and future of this wonderful industry. I have been out of the fray as I am currently sitting in a bar in Cluj in Transylvania, having spoken at a conference on railway history and my brief immersion in a completely different culture and in the past provides me with a bit of perspective.

The presentations at the conference, which was called the Railway Journey from the 19th to the 21st Centuries focussed largely on the former and made me think about the contrast between today’s railway and the 19th century one.  Often in comparing the two, we look at the technology, perhaps dreaming of the steam that a few of us old ones can still remember, being used as the principal form of traction on the main railway network, rather than being restricted to a few charters and heritage lines. We look, too, at the old railway maps and see a network far bigger and extensive than the system today and watch films of the huge marshalling yards that once were a feature of every major town and city in the country.  Inevitably, nostalgia, with its blue-tinted spectacles, and tinged with sadness at what has been lost sets in.

Certainly some of the presentations at the conference tempted me down that road. One showed how the restaurants in the early stations in Transylvania – which was then part of Austro-Hungarian empire and came rather late to the railways – were often the best in town, so good in fact that sometimes the railway company would open another branch or two in the town centre itself. Even the restaurants aimed at second class travellers would provide good food and wine (not ‘alcoholic beverages’!).

Another speaker demonstrated how as the railway expanded, the stations in the larger towns, often built initially on the periphery, would attract high class developments and even social housing aimed at the burgeoning bourgeoisie. What a contrast to the sleazy surrounds of many British stations of the time.

There was no shortage of evidence about the importance of railways in stimulating the economic growth of nations and in the stimulation of growth. There were presentations on the history of both Portugal and Finland, relatively small nations which shared a history of rapid railway development at a crucial time of their development. The role of the railway in the history of these countries cannot be exaggerated. They were the biggest employer, the means by which these countries were held together and the key stimulus to economic prosperity.  A presentation about Italy emphasised, too, how once the country had been unified by the Risorgimento  in 1871, its new rulers poured huge amounts of resources into the railway in order to cement this new nation.

One presentation showed how in Hungary – which at the time included Transylvania – at the beginning of the 20th century 80 per cent of the population lived within 12 kms of a railway station as a result of a deliberate policy of the state railways to provide accessible mobility for the vast majority of its people. The railways, after all, were the only way to get about for long and even medium distances and therefore a dense network was seen as essential for prosperity.

It is so tempting to think of all this as better.  But that would be a mistake. It was simply different as was the role of the railways at the time. We do not look back at old telephones, with their separate speakers and earpieces and long for their return.. We do not think that Ascot gas boilers, with their tendency to blow up, or those huge refrigerators that barely kept your food cold are worth grieving over.

The fact that the railway of the top hatted station master and the willing porter, of the white  tablecloth and the maroon waistcoated waiter, and of the waiting room with its crackling coal fire and of the ticket collector who recognised his regular commuters, has long gone should be celebrated, not mourned.  It has, after all, being replaced by something quite wonderful. Oh sure, we know the negatives, from overcrowding and out of order ticket machines to ridiculous announcements and uncomfortable seats, but not only has the railway, a 19th century invention which reached its peak in terms of mileage exactly a century ago, survived, it has thrived. Those railway workers in the various pictures displayed at the conference would probably be amazed that a hundred or more years later, the railways were still a vital part of the economy and a fantastic way of getting around the country.

Of course it is different. It is not only the technology that has been transformed. The railways perform a very different task than they did in the late 19th century. They are an addition to our transport network, a key part of it but there are, for the most part, alternatives when they are not functioning. The railway today is crucial in two main markets, intercity travel and commuting. Outside of those two key markets, any total breakdown of the system would lead to chaos on the roads and a sudden rush to using alternatives such as video conferencing and Skype, but we would muddle through. For the most part, the rest is a kind of social service that represents a great way to travel but not an essential component of our transport system. It is only a generation ago that the Serpell report suggested essentially paring back the railway to this kind of bare minimum and it is a measure of the progress that the railways have made since then that anyone making such a suggestion today would be laughed out of court.

So instead of harking back to a past which, as I have often written in my history books, was never quite the Golden Age that is represented in those shots of heritage railways used in countless films, we need to focus on the amazing railway we have today and how it first survived and now thrives as a much-used and still much-liked transport system.

I’m afraid it is back to Brexit, HS2, Williams and politics next time as the party conferences will be in full swing, and God know what they will come up with in these troubled times.

How not to run a transport system

One of the reasons that the British rail network has flourished is because, belatedly, the importance of continued investment has been recognised. Sadly, in Eastern Europe, this lesson has not been learnt.

The Romanian railway system in Transylvania, built originally to a high standard by the Hungarians when the region was part of the Habsburg Empire, is potentially good but it has been underinvested in for years. We visited a workshop that has repaired locomotives and carriages since 1870 and some of the equipment looked as if it had been there all that time. Some of the carriages in for repairs were 50 years old, as was one of the diesels. It had all the feel of the trains sheds I used to wander into when I was a 14 year old trainspotter and Willesden and Old Oak Common were a short bus ride away from my home.

As one of the fellow attendees at the conference said, ‘the government is putting all the money into highways and ignoring the railways’. Indeed, Romania is growing fast on the back of EU investment,  and the road from the airport, in what is a relatively small city of 400,000, was very congested with newish looking cars. There was, though, also a bendy-trolleybus which was well patronised and did at times have its own dedicated lane.  Not so the tram I took in to the conference which in the rush hour got stuck in the traffic for a good 20 minutes between the two main central stops. And buying a ticket involved negotiating with a touch screen that worked intermittently and a smart card that unaccountably required a pin number – by guessing from the Romanian, I discovered it was set automatically at 1234! As Walter, an ardent railfan I was travelling with put it, ‘no wonder people are reluctant to use public transport’.

The trams were vintage second hand vehicles from Potsdam in Germany which still had the instructions in German and were very difficult, even for the fit, to get on and off as they had very high steps. There were a couple of newer ones, and hopefully these will take over.

Overall, however, the transport system in Cluj made me realise that there are many places where the authorities still need to learn about the need to prioritise public transport, to invest in the railway network and to accept that encouraging more cars in town city centres is a self-defeating strategy.