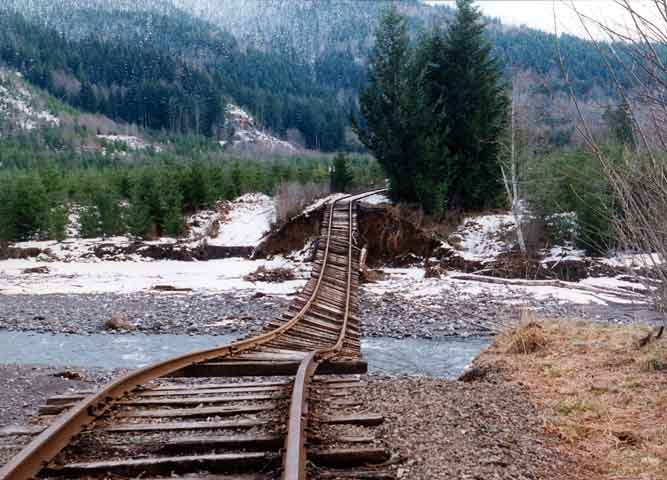 Sorry reader, it is difficult to avoid Brexit at the moment. I’ve just spent three days at the European Transport Conference in Dublin where it was hard to avoid the B word, even though everyone is pretty exasperated by it all.  I am, as regular readers know, a strong Remainer but a couple of the presentations did expose some of the reasons why hostility has grown towards the supranational body that the EU has become.

The structure of rail privatisation a quarter of a century ago, was in fact determined by our membership of what was then the Common Market and its legacy remains with us. Older readers will remember the fuss around the meaning of 91/440, the European regulation that mandated the separation of the infrastructure and the operations. The Tory government of John Major mischievously interpreted this as requiring the British Rail system to be split rigidly between the two functions when, in fact, it required merely an accounting separation between the two.

The recent memorial marking the 20th anniversary of Ladbroke Grove was a reminder of the disastrous consequences that resulted from this ill-thought through hasty upheaval. The vertical separation of the railways which, across the world and over the course of history, have nearly always been run in an integrated way remains the policy of the EU, entrenched in the recent fourth railway package.

The legislation was intended to kick the railway industry into the 21st century as a modern, competitive business that had the right incentives to grow and to cut costs. Oddly, it has not worked out like that. Driven by the neoliberal ethos of the time, the legislation was very much focussed on opening up the rail network to competition with very little emphasis on improving the lot of the passenger, facilitating investment or, indeed, reducing costs

In an excellent analysis of the outcomes of British rail privatisation presented at the conference, Professor Austin Smyth of Transport Analysis and Advocacy Ltd who wrote the paper with Edward Humphreys, an  independent rail consultant showed how the much touted claim of how separation and privatisation has been more efficient is not borne out.

For example, the figures on productivity are revealing. The McNulty report back in 2011 already highlighted that the number of staff per passenger kilometre had risen (that metric gets round the problem of the fact that increasing passenger numbers should, in any case, result in extra staff). McNulty made various recommendations to improve productivity but clearly these have not achieved the desired result as the situation has got worse. Figures analysed by Smyth and Humphreys for the period 2011-18 show that costs per passenger kilometre went up by 62 per cent at a time that inflation rose by less than half that . Of course one could argue that the fact that staff costs have gone up by 50 per cent in that period while passenger numbers have only risen by 26 per cent suggests that there is a better level of service but I doubt many regular users of the railway (like me) have observed any such thing.

It was rather ironic that we were in Ireland where both south and north received EU derogations from the need to separate operation from infrastructure, and there is little sign that they have missed out. We were given a tour of the Control Centre in Dublin and I was struck by the dedication of the staff and the thoughtful way in which they approached problems. Although notionally there is separation, in effect there is still very much the feel that they all work for one organisation and that they are there to serve the public. As the manager who showed us round put it, ‘we are not here to run  a railway, we are here to move people from A to B, mostly by train’.

Smyth and Humphreys have collected figures for the Northern Ireland rail service where passenger kilometres have risen by 83 per cent since 2011, and yet staff costs have been reduced by 11 per cent and staff numbers by 4 per cent. And guess what? Northern Ireland Railways have a derogation from the EU and therefore have operated as a single integrated railway with no separation between infrastructure and operations, rather like, dare I say it, British Rail.

Smyth rightly asked: ‘Are costs out of control? And if so, what is the Rail Delivery Group, formed at the instigation of McNulty, doing?’ Or, if it is a failing of franchising, ‘What is the DfT doing?’ It is difficult to argue with Smyth’s fundamental point which is that the current Williams review is little different from the McNulty report and therefore, he asked,  ‘what is the point of these successive reviews?’ Are we just going to get a whole lot of suggestions which politicians either ignore or meld into their own agenda?

Williams was supposed to be different, the review that will bring about genuine change, with a supposedly independent chairman but already it seems to have been hijacked by the Government if the rather incoherent briefings from Boris Johnson about abolishing franchises are anything to go by. This is despite the fact that soon after Johnson took office, the new West Coast franchise which was little different to its predecessors apart from a little added complexity. There have, in fact, been a stream of statements from the new set of ministers saying that operators’ rewards will be linked to performance, something that has been happening for 20 years but clearly these politicians have no idea of how the system works.

Smyth also focused in his lecture on the fact that Williams’ remit did not include anything on Brexit. Yet, Smyth argues, Brexit could – I am writing having not the foggiest notion, like everyone else, about what may emerge in the final couple of weeks of October – especially if the UK crashes out without a deal have a very damaging effect. There are the obvious uncertainties affecting Eurostar such as the licensing of drivers and enhanced passport checks which could lead to lengthy delays. Freight through the Channel Tunnel could be affected as currently there are special fast track arrangements but these may have to be changed when the UK leaves the EU. Already, there has been the loss of grants from the EU for station improvements and other infrastructure projects.  And then there is the uncertainty for the many EU employees – I meet them all the time on my travels – in the industry who may well think that they are no longer welcome here, probably the most damaging effect of Brexit. In the medium term, the biggest consequence of Brexit may be the reduction in passenger numbers if there is a big downturn in the economy. Although, as I have written before (Rail 856), the Rail Delivery Group has done a lot of useful work on this, most of that was on the basis that there would be a deal. Crashing out could have immediate  consequences on the rail industry.

Some people have argued that it is our membership of the European Union which helped create the messy privatisation and everything that ensued. However, this was not the case. As mentioned above, it was the Tory government which devised the complex structure of privatisation which emphasised the separation far beyond what was needed to follow EU rules.

An incoming Labour government could quite easily renationalise the railways without falling foul of EU rules. The accounting separation would have to remain but essentially most of the major European nations – France, Germany, Italy etc – have railways where both infrastructure and most of the operations are state owned. It’s just convenient to blame the EU.

Albanian railways – beyond a basket case

It was, though, another lecture that underlines why there is hostility to transnational organisations like EU and the World Bank. This was the story of Albanian railways which is a classic example of a country’s state owned rail system being allowed to wither and almost die while continuing to suck up huge amounts of subsidy.

Albania was the last country in Europe to get a standard gauge rail network as it was built after the Communist regime took over in 1947. The long serving dictator, Enver Hoxha invested considerably in the network given that car ownership was very low and there was little alternative given the poor state of the roads. After the fall of Communism, the railway was neglected and passenger numbers have fallen from 10,000 per day to barely 200 – enough for four bus loads.

The World Bank was asked to analyse the situation and provide solutions. The author, Antonio Nunez, in his lecture painted a bleak picture of the 424 km mostly single track railway which also now carries barely any freight. The extent of neglect is such that in the capital, Tirana, the station has been demolished to make way for a new road project and passengers have to take a rail replacement to the suburbs to catch onward rail connections. There are five return train services per day and yet more than 1,000 people work for the railway company, Hekurudha Shqiptare.

Nunez set out a series of possible solutions from total closure to a massive investment scheme to modernise the network, with various in between options. However, and here is the maddest part: the whole thrust of his recommendations had to fit in with EU rules about running a rail network and therefore his plans all contained recommendations to split the infrastructure from the operations in order to attract competition for running services.

The poor fellow was a bit put out when I pointed out that trying to separate out such a tiny and underused railway into separate entities was nothing short of insane, as was trying to attract private investment into a dying network. In fact, Nunez rather agreed with me when I pointed this out but said that the Bank had to work within the framework set by the EU. Of course, if it is to survive, the railway needs investment and reform, but that could really only come from the state and such a small business would be much better run as an integrated entity. It is that sort of dogmatic approach that has led to much of the dislike of the EU and other transnational organisations. Perhaps poor Nunez will go back to the Bank and advise them differently, but sadly I suspect not.