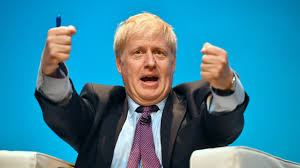 If you want to understand the intentions behind the Government’s White Paper heralding the arrival of Great British Railways, look no further than its authors.

We all know that the Paper came out of the Williams Review but that is now an irrelevance. It has been through radical changes, many instigated by the Treasury but then taken over by the ever-ambitious transport secretary Grant Shapps who ensured he would get equal billing with Keith Williams. After some further vetting by senior civil servants, the final version was produced by Andrew Gilligan, the ex-BBC journalist and Boris Johnson’s transport adviser (Gilligan is probably most famous for causing a major crisis at the Beeb when he accused Tony Blair’s government of ‘sexing up ‘ a dossier on Iraq’s missile capability). It was finally given the go-ahead at a meeting attended by Johnson.

In other words, this is not a Department for Transport document or even a Treasury one; it comes directly from 10 Downing Street and must be viewed in that context. Consequently it has all the strengths and weaknesses characteristic of the Prime Minister. It is very well-written, full of bluster and big ideas, but with no explanation of how it can be implemented, what the end game will look like and crucially how will it fit in with wider considerations such as decarbonisation, devolution and what it calls ‘financial sustainability’.  The very name of the new organisation, Great British Railways, reveals Johnson’s influence. Various advisers begged him not to use the name, suggesting rightly that it would be the butt of jokes every time anything went wrong on the railways.

The quality of the writing and the forcefulness of the arguments masks the fact that this is what lawyers call a skeleton argument. It sets out some bold thinking, much of it welcome and promising, but it leaves so much of the important decision making to a later date and there are serious gaps that have not even been addressed.

Of course, I particularly enjoyed the early sections of the report. The criticisms of the franchising process and the fragmentation of the railway post-1993 are so damning that one is almost lulled into thinking that they were carried out by a different party than the one currently in power. This, again, is classic Boris. He has been fantastically clever in presenting the present government as a new broom sweeping away past policies when, in fact, the Tories have been in power for the past 11 years and for all but 13 years of the last 42. I love, for example, the promise to make it easier to carry bikes on trains when for the past 25 years (and before that) trains have been designed with at best a couple of spaces for them.

It is almost as if the authors have picked out the highlights from the best of these columns I have been writing since 1994. So, according to the White Paper, ‘The railways are too fragmented, too complicated, and too expensive to run’, ‘Incentives are often perverse’ and ‘the sector lacks clear strategic direction’. You’ve got to laugh about this. I mean, who exactly ‘fragmented’ the railways? Who did not realise that breaking up track and infrastructure would cause perverse incentives? And it did not take the 2018 timetable fiasco to establish that there was no ‘guiding mind’, although for Shapps that seems to have been the defining moment.

So the good news is that there will be less fragmentation, that the new body will have a (sort of) integrated railway to look after and the franchising regime has been abolished (again, sort of).  And it is great that there will be a guiding mind to sort out long term strategy, simplify aspects like ticket sales and ensure that there are no fundamental contractions between different aspects of the railway, as happened in 2018. Wonderfully, the British Rail logo will be back on every train, but is it not a slight indictment of all the brilliance of the private sector in the past 30 years that it has not come up with an image as striking as this logo first introduced in the 1960s? And even Rail Alphabet, the typeface developed at the same time is also going to be reintroduced.

Undoubtedly, the railways led by GBR will be different to the one today, but once you examine the detail, many of the faults will remain. Fares are a classic example. The introduction of a flexible season tickets with actually a very small discount on daily prices does nothing to address the complexity that has built up over the past quarter of a century. Even the end of franchising is, as I wrote in Rail 925, not really ended because delay attribution will still be needed as there will be performance payments to the privatised operators and they will not accept responsibility for delays caused by other operators or Network Rail. So the famous 400 delay attribution clerks mentioned in the White Paper may not be getting their P45s so soon.

Then, most importantly, there is the issue of money. There are worrying sentences such as ‘ministers will take key funding decision’ and have ‘strong levers to set direction’ when it is clear that BR worked best in the 1980s when it had a measure of self-control thanks to the relationship between the first Bob Reid and the Secretary of State, Nicholas Ridley.

In the next issue I will offer some thoughts on the questions that the White Paper has left hanging but here are just a few of the many worrying questions:

To flesh out this document and turn it into a series of coherent policies, Shapps and his team could do worse than study Labour’s shadow ‘White Paper’, entitled GB Rail, Labour’s plan for a nationally integrated publicly owned railway, published a year ago and unfortunately totally obscured by the subsequent pandemic. This, I hasten to stress, is not a party political point, but a simple assessment of the two documents. And perhaps we must blame its author, Andy MacDonald, for seeding the idea of ‘GB’ railways.

The contrast is striking. Labour’s document written when Andy was shadow transport secretary actually sets out what the railways are for and provides a series of reasons.  While none are particularly surprising, at least it gives a basis for policy and a reason for subsidy.  And it offers this crucial point which we can all support: ‘The railway must once again regard itself as a public service and a unified entity, rather than a vehicle for private profit by multiple interests motivated to compete rather than cooperate’.

The big difference between the two documents is that the White Paper seems motivated throughout by the need to reduce the cost of the railway, while Labour’s was a genuine attempt to provide the best possible structure.  The Labour paper addressed key issues which the government’s effort has largely kicked into touch. For example, it considers the implications of devolution on the railway and sets out plans for ‘devolved transport authorities’ which would control their local rail infrastructure. It makes clear the need for cross-subsidy between lines and envisages ways that the devolved authorities could raise extra funds.

There is much more in MacDonald’s paper which bears serious examination, if the government really wants to do best for the railways. Unfortunately, it is difficult to have any confidence about that. In his media round, Grant Shapps several times mentioned how we did not want a return to the days of British Rail sandwiches. Given that British Rail got both Clement Freud and Prue Leith to improve its catering and specifically provide shrink wrapped sandwiches, it is time to bury this ridiculous trope once and for all. The fact that Shapps uses it suggests he is more intent on pushing his narrow ideological concerns rather than having a serious debate on how to best run a railway. One can argue about just how good BR was in its final decade, but there is no doubting that it was an innovative, commercially-minded, customer-focussed body led by such excellent managers as Chris Green, Gordon Pettit, John Welsby and the two Bob Reids – just  to name a few.

Some of the White Paper is sensible and a move in the right direction. But as well as the flaws outlined above, there is, as befits a document written by a flaky journalist on behalf of an even flakier Prime Minister, a lack of seriousness of intent. There is too much bluster – even about the failings of the present system – and far too little measured analysis.

The devil is in the detail. The trouble is, there is no detail in the government’s White Paper. There is clearly much that remains to be fleshed out and the decisions over these issues will determine whether we are moving towards a more sensibly run and efficient railway, or whether, sadly, the strictures of ideology continue to stifle progress. At the end of the day, a full scale renationalisation as set out by Labour’s paper would be simpler, cheaper, provide a better framework for investment and properly reintegrate the wheel-rail interface, the most disastrous aspect of fragmentation.

Above all this is a missed opportunity. Instead of a genuine revolution, we are left yet again with an attempt to patch up the botched privatisation of a generation ago, just like all the previous reviews in the past 25 years that have always resulted in wishy washy compromises. Yes, this one is a bit more radical and will lead to change, but the government has failed to take advantage of the pandemic which created a once-in-a-generation opportunity to radically reform the railway.