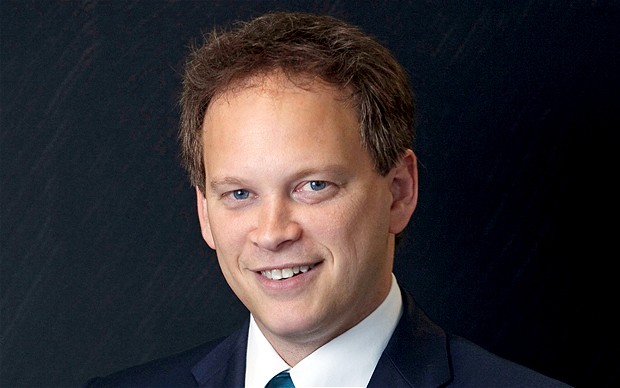 There is no doubt that the Williams Shapps report could have been a lot worse. There is undoubtedly a strong commitment to the rail industry and a willingness to improve the service for passengers. But a White Paper is supposed to be a blueprint for legislation and this one is nothing of the sort. It is much more akin to a Green – consultation – paper but so far we have not seen whether this Paper will be subject of a consultation process. Talking to people across the industry, there is, not surprisingly, much uncertainty. There are more questions to be answered than in an average edition of Mastermind and then some.  Here’s just ten for starters.

British Rail performed best and was most commercially-minded in the 1980s when it was left, more or less, to its own devices and could decide how money was spent. Oddly, the White Paper does not mention the word finance – which suggests Great British Railways’ freedom to raise its own money will be non-existent – and it makes pretty clear who will control the purse strings. While the Covid bail-out while continue for at least a year, there are severe doubts about the long term. Already £1bn was shaved off Network Rail’s investment plans, and with HS2 eating up wads of cash, there is not going to be a lot spare. Most important is how available funds are controlled. Will every scheme and every pound needed for operational  purposes be subject to scrutiny by the Department and the Treasury. Micromanagement has been the bane of the industry with franchising and those setting up the new arrangement must ensure this is not repeated.

The worry about building GBR around a core of Network Rail is that this will lead back to a production-led railway, as happened when BR was created. One refrain I have heard from people in the industry is that they do not want the engineers in charge, but it will be difficult to stop this happening. As one told me, ‘how do we stop Network Rail getting into their old bad ways?’ Network Rail with a staff of 42,000 is rather more than the gorilla in the room, more like the elephant in the larder. In many respects, it looks as if the proposed structure represents a takeover of the whole industry by Network Rail. Moreover, as it seems that Network Rail has been charged with drawing up the structure of the new organisation, how will the rest of the industry get a look in.

There is a classic bit of doublespeak when it says ‘we will keep the best elements of the private sector that have helped to drive growth’ but then suggests a much diminished role. The whole thrust of franchising was that private companies took the revenue risk and therefore were incentivised to boost passenger numbers. Taking that away – which of course I reckon is utterly sensible – seems to leave the private companies with little left to do apart operating services efficiently. And this highlights a very fundamental problem with the whole plan. The new passenger service contracts will be the subject of competitive bidding based on the margins that the companies are prepared to take, which will be around the 2 per cent mark. However, if they can extract some savings from the operation, then they will be allowed to retain them. Therefore the incentive will be to cut costs rather than to provide a good service.

One of the key commitments of the White Paper is to get rid of the complexity around franchises with their 1,000 page contracts and micromanagement by the Department. By abolishing franchises, the White Paper implies that it should be possible to get rid of the 400 delay attribution clerks who represent a big cost in the industry. However, there is a fundamental contradiction because there is an insistence on contracting out all the services and, as a result, retaining some sort of performance regime. And once you have a performance regime, then you need people to sort out who is responsible for what. If there is an incentive regime, as promised, then there will be disputes over who is responsible for delays. As one veteran railwayman put it to me, ‘Is whoever runs the Great Western contract going to take the risk for the Dawlish sea wall? I don’t think so.’

Everyone points to Andrew Haines, the current chief executive as the obvious boss for GBR. I remember asking him about this a year ago at a briefing for journalists and he was very circumspect about taking on such a role. He told me, understandably, that running Network Rail was quite enough thank you guv. Indeed, that still pertains. This concern was repeated to me by almost everyone I spoke to. How can the poor chap both run Network Rail and set up this new organisation. Andrew Haines cannot be cloned and there are now very people who have the widespread knowledge of the railways that he gained from BR, working for train operators and Network Rail. The old BR managers are past their sell-by dates and it will not be easy to fill the positions needed to meld together a new integrated organisation.

This is one the most disappointing aspects of the White Paper and showed than when it comes to the crunch, Treasury rules OK. A few discounted ‘flexible’ season tickets which will not be much cheaper than the full price ones are hardly going to attract people back on to rail. For years now the Treasury has put the mockers on any attempt to sort this mess out, and it seems it still is. This is another part of the White Paper that has been oversold and it is still unclear who exactly will control fares levels. Will GBR be able to set the overall fares rises/decreases (ha!). The White Paper suggests only that GBR will set ‘most’ fares which implies it will not have the flexibility to determine fares policy.

The White Paper suggests five regions will be created which will work with the various ‘devolved’ authorities but the overall thrust of the thinking behind the paper is very much towards having a strong centre. Moreover, when it was suggested in the Transport Committee hearings on the White Paper that the Welsh might want to take on their own rail infrastructure, Sir Peter Hendy, the Network Rail chairman, was firm in his rebuttal  ‘I do not know why anybody would want to own railway infrastructure.  If you think it is an asset, you are mad.  It is a huge set of liabilities, and much of it was built very badly and is sadly not in the best of condition.’ Indeed, the word ‘devolution’ is not even mentioned in the White Paper and the very idea of calling it ‘Great British Railways’ shows it is caught up in a much bigger political issue around Scottish independence and further powers for the Welsh Assembly.

Again, another one of these contradictory positions. The White Paper seems to be saying ‘yes we love open access’ while also suggesting ‘Open access is a hassle’ which may hinder the main aim of the reorganisation which is pointed out in a bold statement: ‘The railways are an expensive national asset, funded by taxpayers and farepayers, so it is important that they are operated effciently and to their full potential in the public interest’. The very few open access services, while very useful, do create an enormous bureaucracy and mean that train paths are not necessarily allocated in the most efficient manger. Clearly the government does not want to be seen to damage them, but also is reluctant to see any more. The FirstGroup services between London and Edinburgh which are, for the moment, going ahead will be an interesting test of the government’s resolved in this respect.

roadly, yes. Freight is considered throughout the Paper rather than merely treated as an afterthought, and there is clear encouragement for the sector to grow. However, there are unanswered questions over access rights and charges, because, as with so much in the Paper, the devil is in the detail, and there is precious little in much of it.

Euh, I reckon so. I spotted the problem as soon as I saw the press release saying that GBR would be selling tickets. It is the obvious passenger-friendly thing to do since the present hassle of having to select who to buy tickets from is a completely unnecessary pseudo-choice. Moreover, Trainline creams off 9 per cent of ticket money for no good reason. I certainly hold no brief for them or other middlemen ticket agencies, but I do suspect that there is trouble ahead here for the government since wrecking a private sector business is not a good look for the Tories. Then on the other hand, did the Prime Minister not once say ‘F**k business’?

At the Transport Committee, Grant Shapps, the Transport Secretary mentioned several times that primary legislation would be needed to make many of the necessary changes. Yet, when Keith Williams was asked how much the recommendations in the White Paper had changed since he submitted his original version in December 2019, he said not much. In that case, as Mark Walker of the Cogitamus consultancy pointed out in his Legislator newsletter, why has not the Department for Transport been working on a draft bill during this time? That is a great point. Much time has been wasted and now the industry will have to wait a couple of years more for the certainty it craves.