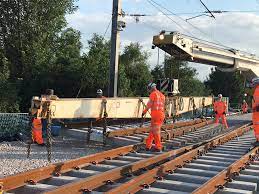 The story of the next couple of years in the rail industry will be how to tame the elephant in the room. The Rail Live event last month was my first opportunity for more than a year for conversations (otherwise known as gossip) with many of my friends in the rail industry and there was a clear theme to what was uppermost in their minds following the announcement of the reforms in the Williams Shapps review.

While there were numerous concerns about the new arrangements and, to be fair, quite a lot of optimism, the overriding fear was that Network Rail would be so dominant that it would not be able to be challenged. As one respondent suggested, ‘the whole structure is predicated on Network Rail being nice people’. Well individually they might be but Network Rail does not always act as a friendly transparent organisation, as I have documented previously in this column (Rail 917) over issues such as innovation and procurement. Indeed, one slightly aggrieved boss of a communication company, noted that his firm was not allowed to bid for the contract to run Network Rail’s public affairs because its turnover was not high enough. That is the sort of ridiculous restriction which creates unnecessary barriers to entry to the supply chain and discriminates against SMEs (small and medium  size enterprises) which are often fleeter of foot than there bigger ponderous rivals.

There are much wider concerns. Over the years, Network Rail has acquired a reputation of – how to put it nicely? – of not exactly delivering value for money. The costs and estimates for schemes on the railway have routinely shocked third parties seeking to invest in or use the railway, and there seems to be no end to the organisation’s profligacy, despite recognition by successive chief executives that financial discipline was not one of Network Rail’s strengths.

If we need further evidence of this, take the recent estimate of the costs of the project to add a platform at Oxford station, known as Oxford Phase 2 scheme, and the associated works which comes to a staggering £161m. A breakdown of this includes £18m to acquire the land, £22m for design and project team fees and £17m for ‘buildings and property’. While all those seem very high for what is a limited scheme, there are two items which appear preposterous to the untrained eye: an absolutely staggering £46m for ‘risk and inflation’ – representing more than a quarter of the cost of the scheme – and £22m for ‘other indirect construction costs’. One would think there were a couple of skyscrapers, and a hospital or two for all this but in fact in addition to the platform there is only to be a back entrance to the station, a couple of passenger footbridges which allow for closure of two level crossings relaying some crossovers at Oxford North Junction and rebuilding an under rail bridge. While all these sums are calculated to the nearest £, the whole approach seems to be back of the envelope with large amount of contingencies thrown in at every stage – platinum plated rather than gold plated! Moreover, the promised outcomes seem difficult to deliver. The project aims to enable more Chiltern trains to reach Oxford and to facilitate services on the East – West line currently under construction but in truth neither of these outcomes seems likely. Platform 5 will be on the north side of the station, which means trains using it would have to cross over the main line and Chiltern or their successor is unlikely to need to run more than the existing half hourly service between Marylebone and Oxford.

It was interesting to see Stuart Calvert, Network Rail’s Capital Delivery Director (not an easily understood title which is always worrying) on the platform at Rail Live trying to explain that the £161m had been reached at throughout a new efficient project assessment process that has replaced the much loathed but aptly named GRIP (Governance for Rail Investment Projects). GRIP was an eight stage process that seemed designed to slow down schemes by ensuring that each step had to be carried out before embarking on the next one. It was, too, a deterrent for outside investors since they had to follow the process even when they could undertake the work themselves rather than going through Network Rail.

Now all this, Calvert explained, has been replaced by a system called Project SPEED, a desperate attempt to create a good acronym out of an unpromising concept as it stands for – wait for it – ‘Swift, Pragmatic and Efficient Enhancement Delivery’. It was launched in February with the promise that it would halve the time taken by projects and slash costs. Calvert claimed that the Oxford project had been through this process which suggests either that the aims have not been achieved or the new more rigorous estimation method has not been applied properly.

What worries many people in the industry is that Network Rail will not only be able to carry on with this type of profligacy but as the main component of Great British Railways there will be inadequate oversight of the organisation.

It is strange that after sitting on the Williams report for so long, the published document contains so little detail of how the new system will work and what Network Rail’s role will be. This has been picked up by the Public Accounts Committee whose report published on July 7 focuses on this point. It specifically recommends that ‘by December, the Department should write to the Committee setting out clear roles and responsibilities between bodies in the rail system for the delivery of reforms, and a timetable for implementing the system-wide reforms proposed in the Rail white paper’. The problem is that legislation is needed to create GBR and this has not been prepared in advance of the publication of the White Paper, as a competent government would have done.

The rail industry is therefore left in limbo and Network Rail as the biggest player is effectively in charge. The White Paper envisages the creation of a ‘guiding mind’ but how will that be different from Network Rail unless there is a very clear distinction. Much as I recognise that Andrew Haines, Network Rail’s Chief Executive, is a superb railway manager and is uniquely placed to be at the core of the centre of the new organisation, I think that GBR needs to be established in shadow form away from the big beast in the room. Until its final decade or so, the main problem with British Rail was that it was a production led railway with little regard given to its passengers and freight users. We are in danger of recreating precisely that structure. GBR needs to subsume Network Rail, and not the other way around.

So here’s a thought. Great British Railways should be established in shadow form away from Network Rail with a new top team of experienced railway people mostly not from Network Rail. And crucially it needs separate offices away from Network Rail’s main offices in Milton Keynes. London too, should be ruled out not just to avoid the usual Londoncentric bias but also to support the Government’s levelling up structure. The obvious place would be Derby, a historic railway town whose numerous thriving companies supplying the industry would be boosted by the presence of Great British Railways. It might even stimulate the revival of the plan to electrify Midland Main Line all the way up!

As I wrote right at the beginning of the pandemic last year, social distancing and train rides simply do not mix. The impossibility of reconciling the two was brought home to me one recent Friday evening at St Pancras when me and my wife were taking our bikes for a weekend in the Peak District as I was giving a talk at the Derby Book Festival.

Arriving at St Pancras well in time for our train, the 19 32, but we found a huge crowd blocking the concourse as the wires were down at King’s Cross and therefore the Midland Main Line had become the key route to the north. We could not get near our train despite having booked bike reservations because the staff were only letting a few people through and it left half empty because they wanted to keep it ‘socially distanced’ on board. But we were anything but socially distanced, crammed onto the concourse with hundreds of other people, many without masks.

Worse, there was no information apart from staff shouting above the hubbub – they did not even have loudspeakers or access to the PA system. The crowding was so intense that at one point, people there was clearly a nervous tension from people worried they were going to get crushed.

By the time the train for the 20 02 service arrived at the platform, there had been a change in policy and everyone was allowed to board it, irrespective of what tickets they had. It was an unpleasant incident handled rather badly by East Midland Railway as clearly the managers had not worked out how to deal with such a situation. They were trying to keep the railway socially distanced by crowding people on a concourse!

Since research has shown that catching Covid on modern trains which are well ventilated and air conditioned is highly unlikely, it is time the train operators changed policy and focussed more on getting people on to their trains, rather than trying to stop them! But that message has not yet got through.