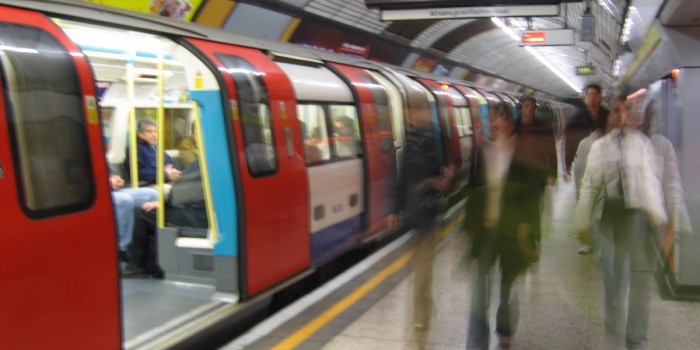 What a dispiriting experience the Labour party conference is. It wasn’t just that octanegerian long time Labour stalwart, Walter Wolfgang, who suffered indiginities at the conference. There is something very unpleasant in the New Labour ethos which seems to treat everyone who is not directly involved in ‘The Project’ with total disdain.

How else can you explain that some 100 people were waiting out in the open air to get their credentials, most of whom should have received them in the post? The hold up was caused by the fact that everyone entering the tent where you picked up the credentials was searched by one young chap (or one young woman) without benefit of any metal detecting equipment.

But then once you picked up the credentials, you had to go outside again, so was the tight security merely for the tent where the passes were being issued? And if so, why did they just have one security person of each sex – while dozens of other Labour party flunkies (some of whom were very helpful and got me to the meeting I was chairing in time) were standing around with little to do.

Apart from the hassles of being there, transport is rarely given much consideration and even when it is, there is little real discussion of the fundamental problems. Transport rarely features much on the agenda simply because most of the potential policy decisions are simply put in the ‘too hard’ basket.

There is certainly a lot of interest. I spoke at a couple of fringe meetings and they attracted big audiences and informed questions. Indeed, at least among Labour’s rank and file, there is a lot of awareness about both the inadequacies of the transport infrastructure and the wider environmental damage caused by our society’s addiction to mobility.

Aviation is the big issue that attracts more and more opposition. Mnay of the questions focussed on fears that airport growth and increases in flights would make life intolerable for many people living around them – or indeed, quite far away since I live 15 miles from Heathrow but still regularly get woken by early morning flights.

The aviation industry – and there are always lots of professional lobbyists at these functions – always defends the lack of taxation by saying that it would prevent poorer people from flying. But that is not the way to create social equity. Poorer people cannot buy Rolls Royces or Cartier watches – that is simply a fact of capitalism. Allowing air passengers to travel cheaply at an incalculable cost to the environment is not sustainable.

To be fair to Labour ministers, there are two interesting and interconnected developments on the horizon. The first is that road pricing gradually creeps up the political agenda. Tony Blair even mentioned it in his speech but, of course, big questions remain about how it can be implemented and whether it would be used as a way of reducing overall car use, or simply as a new way of collecting the existing level of tax.

Secondly, the idea being pushed by David Milliband, the brains in the Office of the Deputy Prime Minister, is for city regions to be given considerable powers, including over transport. Blair even gave a timetable for this, saying that next year the government would publish ‘a new and ambitious blueprint strengthening the leadership of our cities’. This brings together several threads as only strong local government, with similar powers to the London mayor, would be able to impose road pricing on areas that cross existing local authority boundaries. Only such stronger local bodies would be able to make use of the Transport Innovation Fund which will start coming into effect in 2008/9, with a budget that will soon turn into billions to fund schemes that will pioneer road pricing. This is exciting stuff – but if new Labour wants to stay in power long enough to implement these ideas, perhaps they need to learn to be just a tad nicer, to Wolfgang and the rest of us.