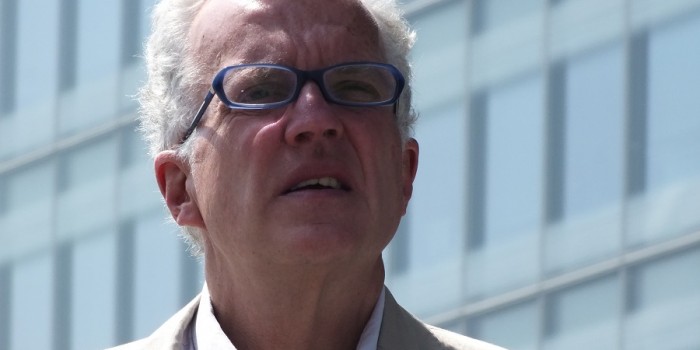 Someone needs to write a book about how the national psyche is affected by the transportation system that prevails in a particular country. Spending a couple of days to do a TV film (about a train crash) in Florida has reminded me of the complete insanity the American way of life which is utterly determined by the motor car.

On the first night, the cameraman recommended us a restaurant and it wasn’t until we had driven 20 miles along the Interstate 4 freeway that any of us thought to ask how far away it was. It turned out to be some 20 exits down the road, around 50 miles or about 45 minutes drive – or rather an hour. There had been a restaurant right opposite the hotel to which we could have walked and my poor jetlagged body could have had a couple more hours in bed.

Coming to America for the first time for a couple of years, however, reminded me of just how ingrained this style of life is to the average American. It shows why President Bush could not sign up to the Kyoto agreement on limiting greenhouse gases even had he wanted to. It is all very well his defeated first challenger, Al Gore, going round the world presenting his, by all accounts, brilliant lecture on the consequences of global warming (now just released as a film) but what actually would he have done had the famous chads pointed the other way in the very state from which I am writing this column.

It is difficult not to get depressed about this. The extent to which America is beholden to the car is far greater than anyone who has never been here and brought up on a diet of New York based American soaps like Friends and Seinfield can imagine. Here in upstate Florida, the low rise lay out of all the commercial buildings, each surrounded by massive parking lots, and the bungalows with yards that are the standard form of dwelling ensure that there is simply no alternative to the car. Designing towns in this way with a ‘everyone has to use a car’ approach is a self-fulfilling prophecy.

Even more important, the emphasis on the individual non-collective form of transportation helps to determine the way that Americans think and live. Various studies have shown that if you live in a dense environment, you are more likely to socialise with your neighbours and take part in activities in the local community. America’s deep seated emphasis on individual rather than collective rights has both been created and reinforced by the transportation and planning systems. Contrast this with, say, India which I visited earlier this year (see my March online column)

Sure, there are some positive signs in America that planners have begun to realise that designing cities around the car was a terrible mistake. Light rail systems are springing up even in the most unlikely places like Phoenix Arizona, probably the epitome of the car based town because the land on which to expand is so cheap. But in truth, worthy as such initiatives are, they are the tip of an iceberg. That over 90 percent of journeys will continue to be made by car in most places in the US for a very long time is axiomatic and it will take more than a couple of Hurricane Katrinas to force the US into a different way of life.