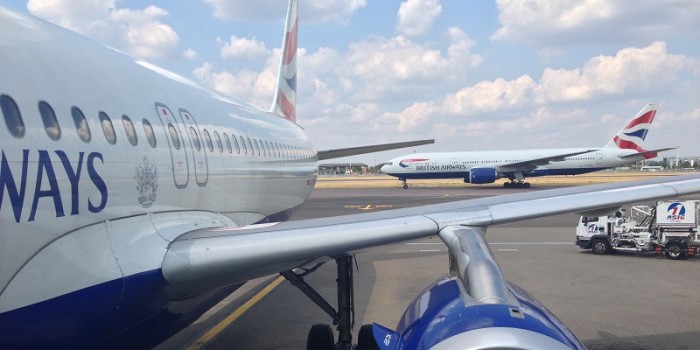 Climate change is leaping up the political agenda so fast that it is difficult to keep up and, as you can see from new entries on my website, the process of thinking about how to react to it has begun. In terms of transport, the issue is all about managing a demand that, as we get more affluent and the price of transport rises little in real terms – or even goes down – seems almost infinite.

Apart from road pricing, the key area where change is inevitable is aviation. The government’s White Paper on Aviation, published last year, was a disgraceful document that seemed strangely old fashioned since it did not even pay lip service to the environmental effects of aviation.

How quickly the mood has changed. The ‘predict and provide’ philosophy of the White Paper which basically stated that we would have to build lots of airports to cope with the numbers going through Britain’s airports that would go up from 200 million to 470 million in the next 25 years, is no longer fits in with any of the government’s stated objectives on emissions. That contradiction will only get more obvious as the implications of the Treasury’s Stern review, published on October 30, are thought through. Stern makes clear that ‘business as usual’ is not an option (he even has an acronym for it, BAU).

While the Stern report suggests all kinds of measures that will reduce greenhouse gases for other industries, ranging from windpower to insulation, aviation is stuck. No one has yet devised ways of flying planes that does not involve using vast amounts of aviation fuel. Electric planes are not on the agenda. (I have always had a soft spot for airships, though, and possibly a new form of slow flying could be devised that would be reasonably environmentally friendly). Almost uniquely, then, there is no alternative but to reducing the amount of flying that we all do. Those 1p plus taxes trips to Estonia or Portugal for stag nights are going to become a thing of the past.

The aviation industry knows this. Its huge cohort of PR people and apologists have been busy expressing their support for an emissions trading scheme. This involves buying permissions to emit carbon dioxide from other industries which have been using less thanks to using less fuel or burning it more efficiently. But this simply doesn’t wash and is not sustainable. The aviation is, in effect, trying to exploit the good behaviour of other industries, just as, in the same way, America and Australia, by not signing up to Kyoto, are allowing other countries to pay for the price of their profligacy.

Aviation will be the industry which has to be squeezed until its pips speak. VAT on airline tickets is already being discussed, as is fuel duty. Since Stern asks for quick action, the best instant reaction is to increase Air Passenger Duty, sharply as recommended by the recent report from Oxford University’s Environmental Change Institute, Predict and Decide. It is a blunt instrument but is the best quick and effective way of damping down demand in an industry which has been growing at 6 per cent per year since the 1970s.

In the longer term, a total rethink of aviation policy is required. The evidence on climate change makes a nonsense of the White Paper ‘predict and provide’ philosophy and, moreover, raises questions about the plans for airport expansion around Britain. In effect, the White Paper is no longer worth the paper it is written on. The tide has turned on the issue of climate change and transport policy will have to change with it but so far the politicians are fighting shy of pointing this out. At some point they are going to have to admit that there will have to be quite a lot of pain if we are to save the planet.