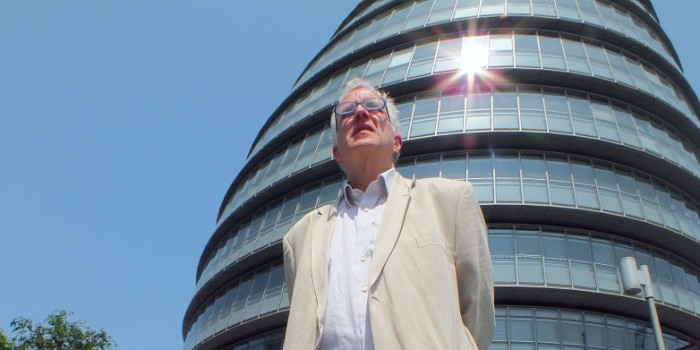 The huge extra cost to Londoners of the ‘new bus for London’ is posing a threat to bus services. The WolmarforLondon campaign has discovered that the cost has reached nearly £7m annually and is set to rise as more buses come on stream. These extra operating costs do not take account of the higher capital cost of the buses, reckoned to be around £50,000 for each bus, compared with ‘off the peg’ models already available.
The Wolmarforlondon campaign has been informed that so far there are 115 of these new buses which were supposed to be London’s new Routemaster’ being used with conductors across the capital. However, in a tacit admission that the ‘customer assistants’ are an unnecessary expense, the most recent route to have these buses, the 148 which is served by 25 buses, is operating without conductors. This negates the purpose of the design of the bus which was to create a back platform that would allow passengers to ‘hop on, hop off’ between stops.
Christian Wolmar, who is seeking the Labour nomination for the London mayoral election in 2016 said: ‘This is a scandal that has largely been ignored because the focus has been on the design of the bus. But it was a misconceived plan from the beginning and Londoners are paying the price. Most London buses have long operated without a conductor, so what is the point of introducing one now on some routes?.’
A total of 600 of these buses are on order. If all these were allocated conductors, the extra annual cost would be £36m. This clearly has worried TfL managers and hence the introduction of the 148 buses without conductors. London bus services are subsidised to the tune of around £380m and with this spending under pressure, wasting money on conductors means there could be cuts to bus services.
Moreover, the buses take fewer passengers than the ones they replaced as they are designed with two staircases. In fact, the whole misconceived idea is demonstrated by the fact that passengers are discouraged from entering or leaving the bus between stops.
TfL accepts that the extra cost per bus of having a conductor during the normal hours which are 6 am to 7pm, during the week is £60,000 per year. This is to pay the wages and associated costs. Outside these hours, the buses are operated by one person, negating the point of having a back platform.
While in the past conductors performed a number of useful functions, principally collecting fares, in this digital age with almost universal use of Oyster, having an extra person makes no sense. Wolmar adds: ‘It is all the more galling since TfL is doing away with ticket offices which do perform a useful function at the busiest stations.’