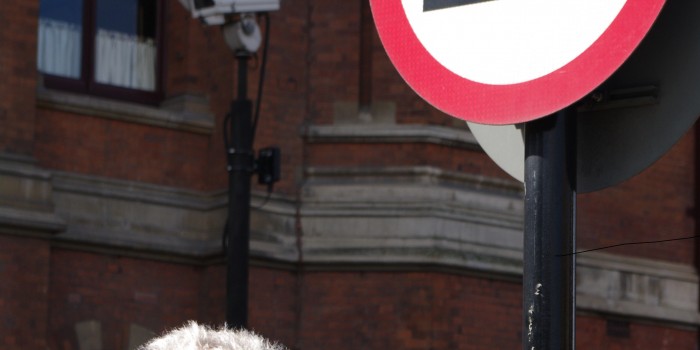 Among several dozen documents released just before the recess, the Department put out its ‘road safety’ strategy. It is, of course, nothing of the sort. It is a complacent statement of the bleedin’ obvious, together with a feeling of self-satisfaction that does nothing to improve the number of deaths on the road, which has started creeping up again thanks, precisely, to this kind of attitude.

The roads are not as the document suggests, ‘very safe’. Even the Swedes who have adopted a Vision Zero type strategy do not say that.More than 1,700 people are killed and tens of thousands seriously injured on Britain’s roads every y ear. Each one of those is a tragedy and proof that the roads are not ‘very safe’. Indeed, the fear of the danger on the roads prevents millions of people from cycling or walking safely. Yet, the document contains absolutely no plan on how to reduce this tragic toll.

The document mentions road safety many times but hardly considers ‘casualty reduction’. Road safety is the old way of thinking and often targets the vulnerable user, blaming them for the accidents they suffer. Casualty reduction, by contrast, looks at the causes of each accident and how these can be avoided in the future.

This is well illustrated by the work of my friend Tom Kearney,who nearly got killed by a bus in Oxford Street a few years ago. He has campaigned tirelessly for bus safety pointing out that there is an unacceptable level of casualties caused by London’s buses. He rails against the fact that Transport for London does not take this issue seriously enough to investigate each incident and learn the lessons from them. Instead, TfL complacently puts out figures that suggest things aren’t really that bad at all.

It is precisely the same approach that is being taken by the Department: We are doing pretty well, shit happens and we will try out best to mitigate it”. There are no targets,no clear agenda on how to reduce casualties and no strategic thinking. Instead there is nonsense about how driverless cars, on which the government is spending £19m for research, will eventually have an impact on road safety. The document says that they are ‘a little way off’. This is patent nonsense. Driveless cars are at a very early stage of development and the problems of their widespread introduction, which range from legal and insurance issues to practicalities of rights of way and eligibility of the ‘drivers’, let alone the fact that existing models cannot be used in heavy rain, fog or snow, mean they will not be in routine use for decades, if ever.