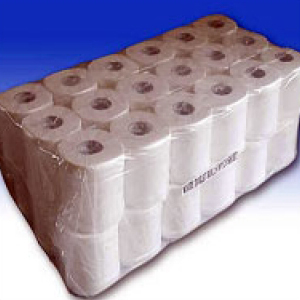 What is the most disgusting thing you did today? The most likely answer is that you wiped your bum with tissue paper. The paper in loos nowadays may be softer than the Izal which caused many a haemorrhoid for older generations but it is still singularly ill-suited to its task.

Whoopee Goldberg, the American actress, is wont to go into great detail – far too great actually – about why using paper is not the right solution to the problem of how to clean oneself after a visit to the little room.

She argues strongly that basically you can never clean yourself totally in that way. She has a point. After all, if your hand slips as you pick up your dog’s doodoo and you get a smudge on your finger, you would not be satisfied with wiping it clean with a bit of tissue or a handkerchief. You would go home and scrub away, probably several times, and likely as not have a shower just to make sure.

The only reason that toilet paper has survived into the 21st century is because the derrière is so, well, derrière. You don’t see what you are doing with the Andrex which, not to put too fine a point on it, is spreading it around like a toddler and his new paint box.  And this antiquated habit has a great risk. Not washing hands properly is the most common cause of serious food poisoning.

We don’t have to do this any longer. A solution is at hand and already it can be found more civilised nations than ourselves, such as Japan and Korea (South, of course). This is the hands-free spray toilet, sometimes known as automatic bidets or, in American slang, ‘butt cleaners’. Once your business is done, press  a button and a pleasant stream of warm water will do everything that the tissue would have done and rather more. Press another and a waft of warm air will dry you.

Ms Goldberg has become a great proselytizer for her TOTO Neorest toilet, complete with blow dry and multiple other functions suitable for both women and men, and anything in between. She is spot on. It is time we all signed up. I have, and the contraption has already paid for itself in terms of saving on paper. So it is au revoir Andrex, Bonjour bidet toilet.