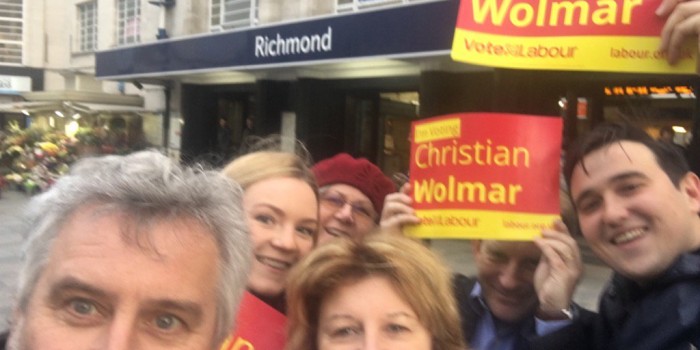 The expression ‘historic moment’ is overused, but there is little doubt that we are living through one. It is always risky to predict the future, particularly given the number of recent surprises in both the political and sporting realms, but it seems highly likely that the summer of 2017 will go down as a key point in history, to go along with such events as the financial crisis of 2008, Black Wednesday of 1992, the winter of discontent 1978/9, the first oil shock of 1973 and so on.

The election result showed that public opinion was moving away from the neo-liberal ethos that has prevailed since it first became established by Thatcher and Reagan. The terrible tragedy of Grenfell Tower demonstrated precisely why the mood has changed and will become a constant reference point for why we cannot go back to the time when austerity, privatisation, outsourcing and the shrinking of the state were accepted unconditionally as, in the words of George Osborne, ‘the right thing to do’.

The last ‘historic moment’, the 2008 financial crisis, was a missed opportunity for the Left. Instead of getting the credit for bailing out the whole economic system, Gordon Brown and his Chancellor, Alastair Darling, somehow managed to get the blame for it. Partly this was because the Tories were adept at pinning the blame on Labour’s profligacy and overspending, but that was compounded by the Left’s failure to fight back.

As John Kampfner wrote in The Observer last weekend, ‘I remember having stand up arguments with people around Gordon Brown. They could have gone after the many in the City who had acted immorally and criminally. ‘They should, he said, have put some financiers in the dock and in prison but instead, the leadership was too scared of ‘undermining faith in entrepreneurial capitalism’ because ‘they were too scared’. Jeremy Corbyn has shown he is not.

This time, moreover, the Left’s doubts about the whole neo-liberal agenda are now being echoed by commentators from across the political spectrum. The wind is in our sails and, moreover, luck is on the side of the righteous. Not only have the Tories managed to select the worst possible type of candidate for Prime Minister, but because of the electoral numbers, they are likely to be stuck with her for some time. As the blunders continue, such as Theresa May’s infamous visit to Grenfell Tower without meeting residents, there is also sheer bad luck such as selecting the former housing ministers Gavin Barwell as her adviser just days before the fire.

The zeitgeist is changing. Here is Matthew D’Ancona, a right wing columnist, writing in the Guardian: ‘This avoidable calamity should force all on the centre-right to question core assumptions about the best practice in government’. He goes on to suggest that the fixation with contracting out should be questioned, as should the bonfire of red tape presaged for the Great Repeal Bill.

This combination of terrible events and political good fortune requires the strongest possible response from the Left. This is not a matter of exploiting tragedy. I, along with others who tweeted that Grenfell was about politics have been accused, mostly by Tory supporters, that we are exploiting the situation for narrow ends. This is most assuredly not the case. There is no doubt that a whole range of political decisions and assumptions led to the disaster. And we must learn from political mistakes as much as technical ones.

In the rail industry, accidents have always been used as the catalyst for change such as the Armagh disaster which killed more than 75 schoolchildren in 1886 and the Ladbroke Grove disaster with 31 deaths in 1999 in which privatisation played a major part. The key point is to learn from disaster and here the lessons happen to be political. Similarly, the 1968 Ronan Point collapse which killed led to improvements in building regulations

Outsourcing the management made it far less accountable than had it remained directly controlled by the council. Cutting council services down to the bone meant that Kensington & Chelsea was completely unprepared to deal with such an emergency. Discovering that many of these flats were overcrowded showed that the housing crisis has directly put people’s lives at risk. And so on.

Grenfell Tower must remain a testimony to a political era characterised by inequality and neglect of the most vulnerable in society. Labour must ensure such a disaster is never repeated.