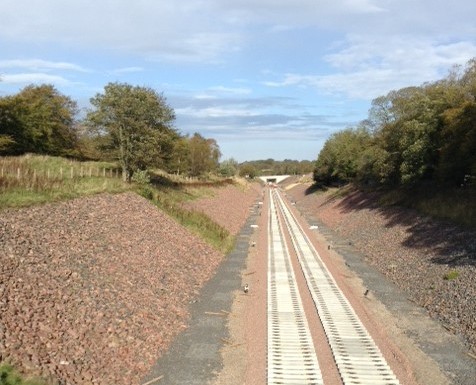 HS2 seems to be moving inexorably forward with the letting this week of several initial contracts to the tune of £6.6bn for tunnels and preparatory work. While the project has not quite reached the point of no return it is certainly odds on that the first section, the line from London to Birmingham, will go ahead.  Yet apart from the Parliamentary bill process which was more akin to a planning enquiry than a political debate, there has been remarkably little scrutiny for what will be Britain’s largest ever engineering project.

While there are doubts about the need for the line and about its precise function, it is the enormous cost of the scheme that could still be its undoing. The Labour peer, Tony Berkeley who broadly supports the scheme, has repeatedly tried to obtain an accurate estimate of the cost of the project and has worked with a leading quantity surveyor, Michael Byng, who reckons that the first phase through to Birmingham will cost £48bn, precisely double the current figure of £24bn suggested by HS2 Ltd, the government agency building the scheme. Byng has analysed every component of the project in great detail but in discussions with HS2 staff, Berkeley has come up against a brick wall. He says: ‘I cannot understand how they have spent upwards of £1bn so far but do not have a detailed assessment of the costs.’

He points to the fact that HS2 admits that the first six miles from Euston to Old Oak Common (in Acton) will cost £8bn, leaving just £16bn for the rest of the 113 mile project. Since the schemes announced this week which mainly consist of tunnels, will absorb approximately another £6bn, that leaves just £10bn for all the rest which does seem unrealistic.

If Berkeley and Byng are correct, it implies that the whole scheme through to Leeds and Manchester may well be £100bn, dwarfing even Trident. Unions have already pointed out that much of this money will flow abroad since the UK industry does not have the capacity to build such a massive project.

The case for HS2 is already pretty slender. Of course spending these billions will create thousands of jobs but that is not a justification for it since all the money is coming from taxpayers and the money has lots of potential other use ranging from hospitals and schools to housing and overseas aid. Supporters say that the line is essential to increase capacity of the rail network and to breach the North South divide, and they have abandoned earlier claims that its main purpose was to shorten journey times between London and major cities in the Midlands and the North.

However, the new reasons for justifying this colossal expenditure hardly cut the mustard. Services out of Euston are by no means the most overcrowded out of London and increased demand could be met by cheaper upgrading of existing lines. Experience across the world suggests that when stronger cities like London are connected with economically weaker ones by high speed transport networks, the benefits tend to flow to those already thriving.

Even if one accepts their arguments- and as a long term HS2 sceptic I don’t – there has to be a question of whether there is a limit to spending on this project. Whatever its value, is it really worth £80bn say, at a conservative estimate, or even £100bn.

The Labour Party has rather uncritically supported the scheme. Politically, of course, with the promise of regenerating swathes of the north, it has been difficult to do otherwise. However, Labour MPs should insist on far greater scrutiny of this project by, like Lord Berkeley, drilling down on the detail and ensuring that it is built in a cost effective way. A huge saving could be made, for example, if the line were built to a maximum speed of 300 kph, the maximum of most high speed networks around the world, rather than, as currently specified, 400 kph which adds enormous costs both to construction and, crucially, operation. There are many other similar examples which require similar detailed attention. If the costs of the first section go out of control, it will jeopardise the completion of the second section, which will deny northern towns of most of the benefits of the project, precisely the reason why Labour has supported it.