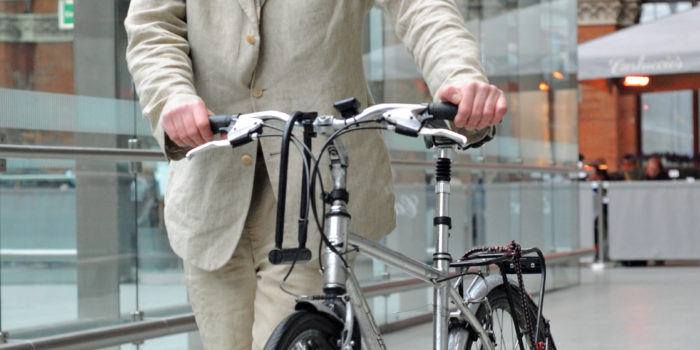 One of areas where the Labour manifesto needs improvement is transport. It is rarely a frontline area at election time, and although the nationalisation of the railways proved a popular pledge, there was little on how Labour could make a decisive shift towards a more environmentally friendly policy that would also improve people’s journey experience.

Cycling received barely a mention, and among Labour activists it is often thought that cycling is a minority concern, and a policy encouraging its use would not attract any new voters, and, furthermore, would alienate some existing supporters. That is a mistaken view.

I have just spent three days cycling in Holland, where a quarter of journeys taken are by bike. There are cycle routes everywhere, even in places where major infrastructure, such as expensive bridges, are needed to ford rivers or separate cyclists from motor vehicles. It was really noticeable how many pension-age people were on bikes, some having purchased electric ones that require less, but still some, physical activity.

The impact of all this cycling is clear to see from the population. Obesity is a rarity, older people are thinner and fitter, and children as young as six or seven cycle unaccompanied to school. Think of the independence and sense of well-being that gives them.

Ah, people say, it is the culture and the geography. Not so. The Netherlands was heading the same way as the UK in the 1960s, squeezing out cyclists as roads filled up with cars. The death toll of young people was rising and a grassroots movement of parents, mostly mothers who had lost children in accidents, sprang up in protest. Gradually, but inexorably, the climate changed. Cycling was first accommodated, then encouraged, and finally became an integral part of the transport infrastructure.

It can be done here.  I am sick of seeing pictures of overweight councillors, often I’m afraid Labour ones, standing by a busy road saying that making improvements for cyclists is impossible because it would disrupt traffic or cause environmental degradation.

We could do this. Labour could do it. Jeremy Corbyn himself is a shining example of how being a cyclists keeps you young. Supporting cycling is not about supporting a few Lycra louts. It is not even about transport policy or even environmental considerations. The most important impact would be on health and well-being. A recent large-scale survey showed that people who commute to work by bike suffer 50 per cent fewer heart attacks and experience almost the same reduction in cancer than those who travel by car. Just think of the positive impact that would have on our embattled and struggling NHS.

Cycling should therefore be at the core of transport policy, not some add-on dismissed in vague statements such as ‘cycling and walking should be encouraged’. Cycling can be positively transformational, in a way many people do not realise.

On the trip through Holland, we came across a town of some 5,000 people – with lots of holidaymakers too – called Burgh-Hamstede which was relatively spread out, and spacious. In Britain, everyone would have driven to the local shops and supermarkets but instead the vast majority cycled, leaving their bikes in the vast cycle parks at the front of the shops, while the few cars were hidden at the back. The town was noticeably quiet, and the few car drivers there were accepted that bikes had precedence with absolutely no anger or bad temper on either side. Indeed, what was most noticeable, was the complete lack of hostility between different road-users. That is clearly because almost everyone does everything; in other words, cyclists drive, drivers cycle — and everyone is a pedestrian, too.

Think of the hundreds of British towns which stretch barely a mile or two from one end to the other where most journeys, like those in Burgh-Hamstede, could easily be undertaken by bike. It needs political will, courage and a cycling champion, but it could be done and the savings would materialise very quickly through the reduction of use of the health service.

In London, thanks to – and it chokes me to say it – Boris Johnson and Andrew Gilligan, who created the beginnings of a network of dedicated bike routes, cycling has become well-established. There are concerns that Sadiq Khan has not built on this quickly enough, out of fear of alienating drivers and pedestrians. Slowing down London’s programme to boost cycling would be a real mistake. Yet, there are signs, with the publication of plans for some junction remodelling, that momentum is being lost.

London can become a beacon not just nationally but internationally. Then its success should be picked up by Labour as a key part of its next manifesto.

Just to repeat – it is not geography, tradition or cost that prevents cycling becoming a key transport mode. It is politics.