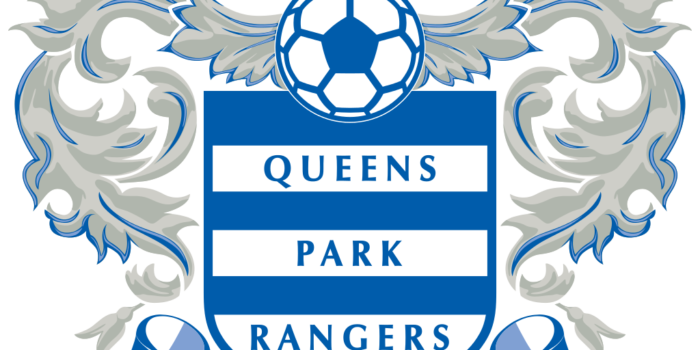 Extract from The Premier League, 25 years by Lloyd Pettiford

Christian Wolmar is an unashamed masochist,[1] and backs that up with his repeated assertions that he’s been ‘QPR since 1958’. Like many fans, getting to the Premier League seems to have been the fun part, while the staying there has been painful and trickier; or at least as tricky as shooting yourself in the foot can be. He regards the Championship seemingly as a period of recuperation, after which he and his team will be ready for more pain.[2] This is what he told me:

2011/12 was a fantastic year; promoted to the Premier League. As champions and with ease. Neil Warnock worked miracles, creating a wonderfully well-balanced side with mostly journeymen such as Sean Derry and Clint Hill.[3] These he moulded around the mercurial talents of Adel Taarabt (19 goals/numerous assists) and solidity of Heiðar Helgusson (eventually a fans’ favourite, noted for his imperturbability and ability to read the flight of the hoofed-ball long before any defender). Even so, we had to survive a potential points’ deduction scare before we could finally celebrate. We never lived up to the wonders of that season however; three Premier League seasons later (in two spells) and the bill could have run the entire education and health systems in some countries. The experience was an object lesson in how not to approach creating a sustainable base for long term top flight survival.

Sure there were fabulous moments. Coming back from 2 -0 down against Liverpool with Jamie Mackie, another tireless journeyman brought in by Warnock, nutmegging Pepe Reina in injury time to give us a 3 -2 victory. That was part of a sequence of five consecutive home matches that effectively kept us up. We also beat Chelsea, the rivals we hate but who hardly know who we are, twice.  Sean Wright-Phillips only goal of the game at Stamford Bridge was a particular delight. His only goal for us in 67 appearances, not celebrated out of respect would you believe?

Sean is a good way into our story of serial failure and misspent millions. He was one of several players bought late in the post-promotion summer transfer window by Warnock . The lateness was the problem. The club had changed hands in August, with Bernie Ecclestone, the Formula 1 owner whose knowledge of football could be written on the petrol cap of one of his racing cars, selling his interest to Tony Fernandes, another footballing neophyte who had made his money running an Asian airline.  Warnock was left scrabbling about for scraps and, although Wright-Phillips had 36 England caps, two years later a radio commentator laughed out loud at his literally pedestrian attempts to skin a lower-league full-back. Then there was Arsenal reject Armand Traoré; capable of world class crosses at times (twice in fact) and defending like a drunk donkey at most others. Luke Young did seem promising but soon disappeared to injury, once spending two years collecting his wages, suddenly turning out for one game against Blackburn and then being released. Anton Ferdinand was famously victim in the episode which ended John Terry’s international career; he’s unlikely to be famous for football though. It all added up to a squad barely good enough for the Premier League, even if Barton and Cissé were signings who contributed more.

By the last game of the season we had to win to guarantee survival and for a while it looked as if we actually might. Conceding in the first half, astonishingly we equalised thanks to Cissé who took advantage of a mistake by Lescott.[4] However, it seemed that the good work would come to nothing as Barton lost his cool and got sent off [5] for punching the immensely irritating Carlos Tevez and claiming himself somehow to be the victim.[6] But no! Here came 50% of Traoré’s world class crosses, nodded in by fans’ favourite Jamie Mackie. [The story of Man City’s amazing comeback, Martin Tyler’s public orgasm, and both sets of fans celebrating the result is told elsewhere in this book, so I’ve deleted Christian’s misery strewn account].

We survived! It had been the old stagers like Hill, Derry and Mackie who had kept us up, but the lesson was not learnt.  Even so, nothing could ever match the stupidity of signing two international goalkeepers in the same transfer window. Rob Green had been secured early but in our first match he might just as well stayed at home as he let in five, and there was a panicked search for a second goalkeeper. Unaccountably, little QPR signed Brazil’s No 1 custodian, Cesar, who was certainly no better than Green.  It got us very excited but we were being foolish and never got going. Hughes went and Redknapp arrived.  ‘Arry’s ‘brilliant’ strategy was to call away matches ‘bonus games’; this negativity had the expected effect. Apart from pleasurable luck at Chelsea, we won only one other away match after he took over and finished bottom, 14 points from safety and won no away games while he was manager in our next stay in the Premier League either. In the winter transfer window, astonishingly we splashed out £12.5m on Christopher Samba. Redknapp said: ‘Chris is just what we need. He’s a monster. Great in the air, quick, a leader, strong, fantastic in both boxes, hard as nails. He’s a proper centre-half. He was willing to take a massive pay cut.’ Actually he made earning £100K a week look effortless. As in, he put in no effort. Amazingly he went back to Russia after our relegation for £12m. I wouldn’t like an investigative journalist to look too closely at that one.[7]

Somehow, we bounced straight back. A mixture of luck and dull football; not least in the play-off final when our 10-men won with a last minute strike from Bobby Zamora, for once not hitting row Z. The footballing Gods, though, would punish us for this calumny by letting ‘Arry have the cheque book again. In: fading star, Rio Ferdinand who made all of 11 appearances for us. In: Sandro injury-prone, unfit, difficult and sat in the stands for a time because he did not have a work permit.  A few others with more promise – they could hardly have had less – but who didn’t work out. The result was four wins all season and endless heavy away defeats – the exception being a lovely 1-4 triumph at West Brom with Bobby Zamora again missing row Z with an astonishing volley.

Back in the Championship [not really the topic of the book Christian, but we’ll allow it] we have learnt several lessons. Most importantly, not to sign surplus players from big clubs, whether Man U, Chelsea or, for chrissake, Real Madrid. You are not going to get a bargain, and you will get a pissed off failure, by definition. Who would swap the Bernabeu for Loftus Road if they had any real ambition or ability?[8]

Three frustrating seasons, which cost Fernandes £180m in written off debts, was such an unenjoyable experience most of the time that some supporters even dread the idea of going up there again. This is not a view, incidentally, with which I concur for a single moment. If you don’t want to be Champions League winners six seasons running, then you are not a true fan. We are now on the mend, having got rid all but one of the expensive signings and now focussing on picking up talent from the Championship or below, from less well established European teams and bringing on youth players. It is what we have been good at and is the formula which has worked for clubs promoted to the Premier League who have stayed there, such as Bournemouth, Swansea and Southampton. But gosh, we have learnt all this the hard way. It is fairly amazing we have survived and to that we do owe it to the fact that the owners, despite all the setbacks, have stayed firm and not flogged us off to the type of owner endured by Blackpool, Blackburn, Leyton Orient and many others. Urrrrrrs. ]

[1] Actually, he may have said ‘Socialist’ you know?

[2] This and other points were also echoed to me by David Baker, for which thanks.

[3] When no longer good enough for the hoops, he moved to the lesser Rangers north of the border.

[7] Author’s note: Despite Christian’s suspicions, as this book has taken great pains to point out elsewhere, the chances of Redknapp being involved in anything dodgy are remote. Which reminds me, I must set up a trust fund for my pet vole Colin who co-wrote this book with me and will be receiving 90% of the royalty payments.

[8] See Ronnie Wallwork’s Old Trafford to Hawthorns switch elsewhere in this book for a good example elsewhere of this phenomenon.