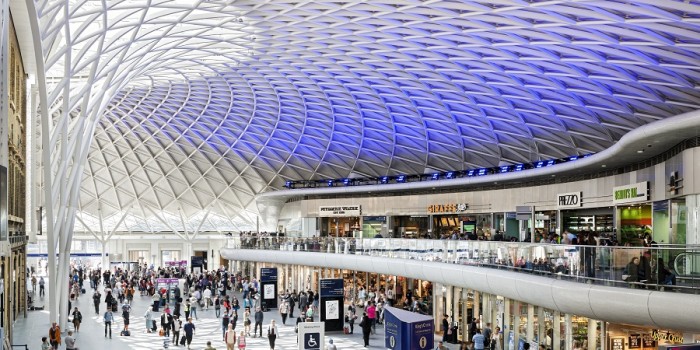 You can imagine the scene. The rather desperate executives of the Rail Delivery Group, the ineptly named organisation that is supposed to bring together the disparate organisations in the rail industry, are having a brainstorming session because they are worried about the reputation of the railways. They realise that the image of the rail industry is not as good as it should be given that so many people are using it and politicians now seem to recognise that railways are a key part of the nation’s infrastructure. But somehow, we don’t seem to love the railways in the way we used to.

They recognise that this is partly as a result of the declining performance with more late and cancelled trains. However, they know there is more to it than that. The public does not understand how the industry works. There’s all these everchanging names of operators, but when something goes wrong it is apparently the fault of an organisation called Network Rail but it is unclear precisely why or what  it does and whether it is really government owned. And there are lots of promises of improvements on the way, but they never seem to be on the line that people are mostly. And there’s this wonderful HS2 but isn’t that going to be jolly expensive and a long time in construction.

So, the bigwigs at the Rail Delivery Group thought, we need a campaign to show that all is well in railway world. Last year they thought up the slogan of ‘Britain Runs on Rail’, which was quite effective but was publicised with a lot of videos which feature much CGI but precious few trains. The campaign was, though, a moderate success and made good use of British Rail’s famous double arrow logo.

However, the Rail Delivery Group brainstormers thought it was not enough. The trouble with the railways’ image, they mused, was that people do not perceive it as a single industry but rather a disparate group of companies. So, they thought we need to present a united front and we need a word to focus on: ‘Partnership’. And while we are at it, they thought, there is a nice alliteration with ‘Prosperity’ which after all is what the railway hopes to generate and so we now have a jolly pamphlet – and a campaign – called In Partnership for Britain’s Prosperity. It was given the subtitle of ‘The rail industry’s plan to secure growth across our country’ But then they thought that is not enough so they added a second subtitle, in a smaller typeface, and not in bold ‘Together we are changing, investing and improving for Britain’.

This clearly is the result of too many cooks spoiling the broth but also illustrates the problem. What is this worthy effort supposed to be achieving. We – the press and some industry bigwigs – were treated to a cringingly embarrassing launch at St Pancras with the seats arranged around the statue of John Betjeman whose attention, fortunately, was elsewhere as he had his eyes permanently fixed on the roof. One of the brainstormers had the odd idea of thinking that to show partnership, it would be a good idea to have a random bunch of employees from around the rail industry standing to attention behind the main speakers who included Paul Plummer, the boss of the Rail Delivery Group, Adam Marshall from the British Chambers of Commerce and Maggie Simpson of the Rail Freight Group. In fairness, they had no seats either but the whole impression was anything but partnership since the employees had no voice. Plummer did, at one stage, thank them but if this was an effort to show togetherness, it failed miserably.

That’s because we all know that one of the problems of the industry in the past year or so has been the long running industrial dispute over the role of guards. If there is really to be a partnership in the industry between all the various ‘stakeholders’, then surely a speaker from the trade unions, representing the 100,000 or so people who work in the industry. Instead, they were a silent voice, standing to attention, as their superiors waxed on about partnership. Perception is all at these events and a bunch of people standing glumly to attention for 40 minutes is not a way of showing how everything is rosy in the railway garden

I asked why the campaign was being launched now, given that we have had 20 years of privatisation, and answer came there none. The peg, of course, was Labour’s plan to renationalise the railways. This whole PR effort seem to be an attempt to counter this without quite daring to mention it by name since the Rail Delivery Group is supposed to be non-political and the Labour party is scarily near to power.

There was, though, a fundamental logic problem with the attempt to portray the railway as a partnership. Over the past 20 years, since privatisation – and more important, fragmentation – the railway is not a partnership. Sure, at times it coheres well but for the most part the various companies act in their own interests, as capitalism dictates. The whole structure is to encourage competition which is the opposite of partnership.

Therefore, the RDG’s PR effort is bound to fall on deaf ears. It is like Theresa May standing in front of the press during the election having done a massive u-turn and trying to convince them that ‘nothing has changed’. She said it twice but it still failed to convince.

The other problem that the brainstormer faced is that Network Rail is now fully owned by the Government and most of the money for investment comes from government coffers. Therefore presenting the industry as this great private sector initiative does not work. The report suggests that at least £11.6bn out of the investment of £50bn in the next few years (they presumably mean until 2024, the end of Control Period 6) will come from the private sector. However, most of that is for rolling stock which is leased and therefore paid for by taxpayers and farepayers in contracts negotiated with the operators, which hardly represents the most daring form of venture capitalism. The RMT union, never measured in its statements, was for once rather spot on by portraying the claims that this investment would be worth £85bn in societal benefits as being rather spurious. It is the sort of vague calculation that discredited the Remain campaign in the referendum.

I support the idea of promoting the railway which is what the RDG is trying to do. However, this has to be done with realistic appraisal of the railways are succeeding and where they are failing, and a recognition that the current structure does not fit in well with the concept of partnership. The problem is that the RDG is a slung-together organisation with few powers and little coherence. An initiative like this only goes to show how desperately the industry cries out for a strategic independent body representing its interests and having the power to make decisions, something which more and more people across the railway agree upon.

Interestingly, Mark Carne, the boss of Network Rail, told me after the meeting that Network Rail is creating an organisation called the System Operator which will help it prioritise investment projects and have a very active relationship with the train operating companies. Such a body is undoubtedly necessary but I am not convinced it is best placed to be within the current structure of Network Rail.

I am often asked what is my favourite railway and I generally try to obfuscate, given that there is so much choice. However, if push comes to shove, I mention the Bernina Railway the metre gauge line which links Chur on the foothills of Alps, with Tirano in Italy which I had taken many times in my youth in winter.

Therefore, while spending a week on Lake Como last month, I was alerted to the proximity of the railway by numerous road signs pointing to St Moritz which is the mid-point of the railway. I checked out the possibility of going up there by train from Varenna, which is on the lake, and found it was a popular tourist attraction – though at over 100 Euros return, not a cheap one. I managed to convince my slightly reluctant wife that this was an opportunity not to be missed and we duly rose at 6 am to take a ferry to Varenna and a local train to Tirano. Changing on to the Rhenish Railway at the adjoining station, we soon found ourselves being dragged slowly around the remarkable Brusio viaduct, with wheels screeching as the train edged up the tight bend and the steep gradient. Then after a series of corkscrew tunnels through the mountain, with views that are unparalleled –not just mountains but lakes so calm that their reflection is clearer and more colourful than the real scenery – the railway reaches the dizzy heights of 2,200 metres, overlooked by others twice as high. There’s no doubt that if anyone asks me again, I will give a more confident answer about my favourite railway, though I will be interested to hear what are readers’ particular favourites – and why.