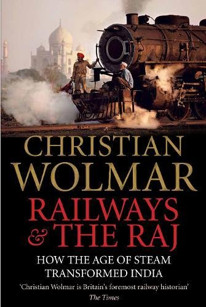 There have been many railway follies built across the world in the last two centuries, heroic engineering feats that ended up being little-used lines. Few, though, were as difficult to build and as utterly useless as the Khyber Pass Railway. It had its roots in British colonialism and the fear that India, then part of the British Empire, would be invaded by Russia from the west through Afghanistan. That was a fanciful notion given the difficulty of the territory but the hawks in the Colonial Office managed to persuade the Government of the necessity of building the line through the Khyber Pass, the most heavily used route through between India and central Asia.

Work actually started in the 1900s but stopped when tension in the international situation reduced. However, construction started again after the First World War. The engineering difficulties were legion as the line had to climb up 2,000 feet over the space of twenty miles and then drop down steeply to reach the Afghan border. To get up the mountains there were a series of ‘reversing stations’ where the train travels along a short section of track towards the abyss, stops and then continues its journey up or down the mountain when the direction of the points has been changed. The 32 mile line required three miles of tunnelling which explains why it was the costliest railway per mile ever built in India.

Just to make things even more exciting, the railway traversed country that would make America’s Wild West seem like a haven of peace. The Khyber was dominated by tribesmen whose customs placed little value on human life or Western values. In order to appease them, they were given lucrative jobs during the construction of the railway and were promised free travel in perpetuity which means that the few tourists who braved the journey could be sitting alongside a fully armed tribesman.

Completed in 1926 after a visit to the line by future King Edward VIII showing its importance to the British government, there were never more than two trains per week – one in each direction – and within six years a flood caused its closure. It was reopened after World War Two by the Pakistan government for military purposes until 1982 when the paucity of passengers led to its abandonment. The line enjoyed a brief renaissance in the mid-1990s as a tourist experience but war and floods again resulted in closure. The Pakistan government hopes to revive the line and the Afghan government wants to extend it across the border to Kabul but realistically nothing will happen until the political situation improves in both countries.