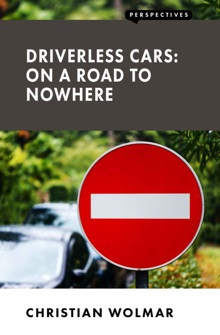 It seems such a good idea. Nearly all road deaths are caused by human error, so eliminate the human factor by making vehicles driverless. The tech companies and the auto manufacturers are so convinced that this is the future that they are investing billions of dollars in the concept.

And they are making a lot of noise about it. Hardly a day goes by without the announcement of a new development with the promise that driverless taxis, platoons of trucks or even pizza deliveries will be coming soon, or at least by 2021, 2023 or whenever. But just recently, cracks have been appearing on the road to this ever distant Nirvana. When Elaine Herzberg was run over and killed by an Uber operated car in autonomous mode in Tempe, Arizona, in March, the company immediately ceased its driverless taxi testing across the US. A few days later, a Tesla car in ‘autopilot’ mode fatality crashed into a concrete barrier on Highway 101 in Mountain View, California killing its occupant, Apple software engineer Wei Huang. That came on top of a similar fatality involving a Tesla driver using ‘autopilot’ in Florida the previous year.

These tragic accidents have had the side effect of prompting a much needed debate on the adoption of this technology. That is the last thing these companies want, as witnessed by Uber making a rapid – and presumably enormous – payment to the Herzberg family with the inevitable non disclosure agreement.

These companies have presented this technology as a future that will inevitably come to pass and they are selling it to the public on the basis of safety, reduced congestion and greater convenience. As I have set out in my book, the very concept may, in fact, be fatally flawed because ‘bad people’ will be able to stop the car by standing in front of it, or because the technology will never become as good as a human driver. There are countless other potential obstacles to the widespread adoption of these vehicles but even if they can be overcome, the promised benefits may be illusory.

As these accidents have shown, programming a car to cope with all the eventualities of driving – fog, snow, pedestrians, cyclists, potholes, lack of road markings, GPS canyons, unexpected roadworks, animals,  and countless more – is a tough ask. Humans, with their excellent eyes and big brains are able to anticipate the actions of other road users to avoid accidents. Nearly all these ‘driverless’ vehicles have human ‘operators’ able to intervene if the car makes a mistake and therefore the claim they have run for millions of miles without incident is misleading. Indeed, in one week in March 2017, leaked figures showed operators of Uber’s ‘driverless’ taxis in Pittsburgh intervening on average every 0.8 miles. Moreover, as more functions are taken over by the vehicles, the risk that drivers will fail to assume control when they need to becomes ever greater. As for congestion, having empty driverless cars on the crowded road will add to traffic jams, not reduce them.

There is no business model given the expected high cost of the vehicles, nor any consumer clamour, for the introduction of this technology. Most people in surveys say they still enjoy driving. The problems posed by our transport system have countless low tech solutions, which many cities across the world are introducing, ranging from congestion charging and pedestrianisation, to new light rail systems and better traffic light control. The problem in every city is too many cars chasing too little space. Removing cars, rather than drivers, is the solution.