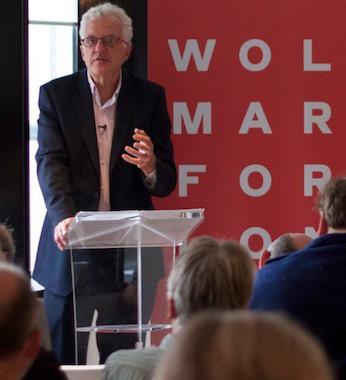 We must get back to basics. The madness of Brexit and the chaos in the Tory party, as well as the ignominy of hosting Donald Trump, risk distracting us from the issues on which we should really be focussing.

A friend of mine, James Gleave, recently found a woman wandering around Bletchley Station in some distress. He asked if she was alright and clearly she was not. Her story was very sad. She had come to Britain 20 years ago from Bangladesh and had suffered abuse and rape at the hands of her husband. She had finally decided to flee two weeks ago, taking with her just a few belongings in a bag, but had nowhere to go. She had tried the local authority but, despite her obvious vulnerability, they could do nothing. When she went to the Job Centre, they said it would be at least six weeks before any benefits would come through.

She had consequently been sleeping rough, which “had aggravated her arthritis but not enough to get her hospitalised through A&E”. Gleave tweeted: “She was a broken woman. Clearly of a good nature and a kind soul, but she was in bits, wondering how to go on. She came to the train station, despite being scared of trains, because she had nowhere else to go.”

Gleave decided to help her and hit lucky but only after trying unsuccessfully the local council, citizens advice, the job centre, voluntary groups and shelters. It was the local vicar who took her in for the night and promised to help the next day even though, of course, she was a Muslim.

The story, related on Twitter, chimed with an article in The Guardian that same day in which John Harris highlighted the “national calamity we do not hear about: the death of local democracy”. That is so apt. I used to write about local government for The Independent in the days when all the national newspapers had a local government correspondent. Even the BBC did. There was no shortage of things to cover – housing, social services, parks, transport, libraries, etc. Of course, the meatiest stuff was about the perpetual battle between local and central government. There were always cuts in the air but these attracted protests and demonstrations, and much political interest.

The battles in the 1980s over rate-capping made front page news and were seen at the time as a battle between the ‘Loony Left’ and the forces of law and order. Mostly the ‘Loony Left’ were battling for the maintenance of basic services and the fair treatment of council workers. There were a few stories about flying red flags over town halls and changing the wording on politically incorrect nursery rhymes but, for the most part, the fights were about services.

If cuts on the scale that are routinely imposed today were being envisaged, there would have been riots on the streets. But today, they are imposed with barely a whimper – and not just on Labour councils. Harris highlights Torbay where there is not a single Labour councillor but where, he says, “after years of bone-crunching austerity, by 2020 it will be faced with another £12m of cuts – so the most obvious option is to downgrade itself to a district council, hand over its most essential work to the bigger Devon county council, and hope for the best”. That may not help save services as Devon, too, is being subject to major cuts. He cites Somerset, Lancashire and Norfolk as being in trouble and points out that Northamptonshire has already declared itself bankrupt. Big city authorities such as Bristol and Nottingham are facing similar cuts.

So by all means go and shout at Trump and rail against Brexit. But remember there are issues that are far nearer home and it is those that matter and, indeed, that are politically crucial. Jeremy Corbyn was right to highlight cuts to bus services last week at Prime Minister’s Questions and should continue to raise issues like this that impact on people’s lives far more immediately than some of those bigger issues. It is millions of old ladies like the one in Bletchley Station whose lives we can change for the better.