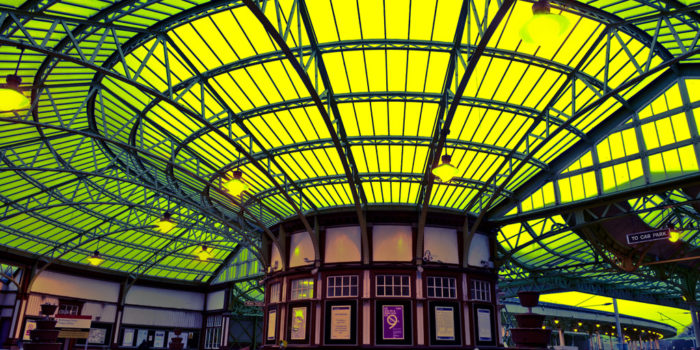 One of the worst outcomes of the privatisation of the railways a quarter of a century ago is the failure to get costs down. Indeed, quite the contrary. The cost of doing anything on the railway seems to have risen at a higher rate than inflation.

In a way that is hardly surprising and this has happened in other organisations like the BBC and the NHS. If you separate out the various components of a big organisation into smaller groups of services, you end up creating a whole lot of quasi independent separate entities which then require legal agreements and contracts between each other. I remember finding out that the BBC stopped using its own cuttings service when it became a cost centre because it was cheaper to go elsewhere, even though that meant the money went out of the corporation and therefore was lost. There have been many similar examples in the rail industry.

That is why I have long supported the idea of an integrated railway as it means fewer entities and therefore many fewer contracts between them which are inevitably expensive to police. This higher level of integration is clearly a key part of the much leaked but yet to see the light of day Williams Review.

But there is another way to reduce costs in the railway that has also been neglected since the break up of the industry in the mid 1990s, and that is innovation. There has too often been a focus on the big idea, the silver bullet that will solve all the industry’s problems in one go. This was certainly the case when Network Rail, under its then Chief Executive Mark Carne, was obsessed with the notion of the digital railway which would supposedly allow for a doubling of capacity and a reduction in costs. Or looking further back, when Railtrack reckoned it could create a system of on board train control by the year 2000 that would revolutionise the railway. We still await it! Thankfully the current Chief Exeuctive Andrew Haines has a much more pragmatic approach to technology, rather than seeing it as the be all and end all.

Instead, there are a myriad small ways to improve the railway but innovators often find it difficult to break into the railway. I wrote recently in Rail magazine about a clever way of using a camera in the cab to monitor the lineside vegetation and how the developers of the system were finding it hard to convince Network Rail of its value, despite some very successful trials. Network Rail was developing its own, much more expensive, system and did not appear open to alternative ideas. As a result of the article, various other developers got in touch to relay similar stories of obstacles in getting their schemes across, not just with Network Rail but with the train operators. The most notable of these ideas was for a toilet with a seat that popped up automatically after use. While that may seem daft, it would ensure that the seat remained clean, not something that is always the case! Again, though the train operators seemed reluctant to take up a cheap and simple way of improving their service offering.

The state of toilets on trains is a major source of complaint from passengers and in the new post-covid world that will eventually emerge the railway will need to sell itself on the basis of the quality of experience as it will no longer be able to rely on the notion that people having no choice.  Innovation will be key to that. The 20th century railway needs to become a 21st century experience and its managers must encourage new ways of offering and providing the service, and they must use innovation to cut costs. Otherwise, the railway will never recover from the pandemic collapse.