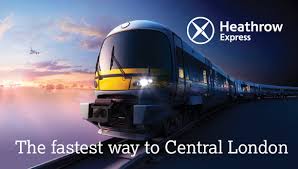 This is a story of how the railway gets into a mess because of the plethora of stakeholders, confusion about what it is for, and commercial interests bumping up against social ones. My interest started with a chat with the rail-supporting MP for Slough, Fiona McTaggart, whose interest may, at first, seem rather Nimbyish but in fact raises a host of issues about the absence of a clear direction for the industry.

McTaggart is objecting to the fact that in the HS2 Bill enables a new depot for the Heathrow Express trains on the former site of aviation fuel tanks at Langley. She is opposed to this on the grounds that the land is needed for housing and would be eminently suitable as it is next to the railway which will soon have a Crossrail service to London. However she rightly questions whether this is the most sensible option for the railway given that Langley is quite far from the Heathrow Express route and therefore would entail lots of empty running.

There are, however, numerous other strange aspects of this plan. The current depot for the Heathrow Express trains is needed for the new Crossrail and HS2 station at Old Oak Common and consequently the trains are homeless. The obvious place for a depot would be at the North Pole depot on the other side of the Old Oak Common, currently empty and part of which is earmarked for use of IEP trains. However, the local authority, Kensington & Chelsea, has its eyes on this land for housing which, being relatively central (and next to a Crossrail station) is extremely valuable. Therefore Langley is seemingly less contentious as neither the residents nor the council have quite the same clout as people in the Royal Borough. As one put it, ‘we are paying the price for the continuous expansion of London’. There are local concerns, too, that the oil site is actually big enough for the trains and therefore the depot might need to break into adjacent Green Belt land.

There is, though, a wider issue raised by the attempt to sneak through a change that has a long term impact on local people. The opponents of the proposal point out that if plans for a third runway at Heathrow go ahead, there would be an enormous upsurge in demand for housing and the Langley site would be ideal.

Another odd aspect of this saga is that because the proposal is in the HS2 Bill, the only way for local residents and other protesters to stop it is through the Bill process; in other words, they have to submit a petition to a Parliamentary Bill which is really concerned with a huge infrastructure project, rather than the relocation of a depot for a few airport shuttle trains.

In terms of operation, too, there are doubts about Langley’s suitability. Heathrow Express currently uses the fast lines up and down from Paddington, and presumably they would continue to run on those tracks to the depot where they would have to cross the two relief lines which are used at night by freight.

Then there is the little matter of the cost of the depot, a cool £200m which, like all investment in the railways, will inevitably end up being paid by us, whether as taxpayers or passengers.

Langley, in fact, only makes sense as the depot for Heathrow Express if it ends up operating the trains that will go through to Reading when the spur opens, which is expected to be completed in 2021. However, determining who will run this service will be determined by a competition or, more sensibly, by the Department for Transport actually taking a strategic view of the railway (would that be a world first? – ed). There is certainly no guarantee that the Heathrow Express will win this contract. Indeed, with its premium pricing policy, it is highly unlikely.

This raises the question about the long term viability of the Heathrow Express. It is, in fact, the biggest open access operator on the railway and is run by the airport owner, Ferrovial. Its 25 year deal for track access, however, runs out in 2023, four years after the introduction of Crossrail which will also go to the Airport. The Heathrow Express managing director, Keith Greenfield, is publicly confident that the competition will not affect his service, telling a local paper recently that: Without doubt Crossrail will bring new competition but there are plenty of ways in which we will be able to remain distinctive.

Well yes, price is one of them and I suspect that Greenfield privately is quaking in his boots over the future of Heathrow Express. Crossrail will have the fantastic advantage of bringing people from all over London direct to Heathrow in journey times only a bit longer than Heathrow Express and far cheaper. While the fares structure has not yet been announced, it will greatly undercut the £21 currently charged by Heathrow Express. No one will bother getting off at Paddington, trudging upstairs, and paying £21 extra for the pleasure

There is already a cheaper alternative, the Heathrow Connect service operated jointly by Great Western and Heathrow Express. Fares are half the Express service and the journey takes 10 minutes longer, 25 minutes rather than 15. Now I wonder how many people knowingly take the Heathrow Express because they value the 10 minutes it saves at £10 – in other words, £1 per minute or £60 per hour. According to the company, 30 per cent of users are leisure travellers. Surely all those holidaymakers arriving on red eye flights for a few days in London would happily forgo those ten minutes and save themselves £20 per couple? I suspect that many people using the Express service are the victims of the tacit withholding of information by Heathrow Express.  Imagine if there were signs up at Paddington on the Heathrow Express platforms and, especially, at the airport saying ‘It’s £10 cheaper by Connect’. (In economics terms, they are the victims of market imperfections because they do not have perfect knowledge.) A similar subterfuge, incidentally takes place at Gatwick where Gatwick Express tickets are sold to unknowing arriving tourists who are in no particular hurry to get to London and, frankly, are being rooked. (especially since it is now not even a dedicated Gatwick service any longer).

Indeed, Greenfield and his colleagues are already aware that the days of Heathrow Express’s business model based on premium pricing are numbered. Recently, for the first time, the company has started offering discounted fares (only a fiver off a £34 return or £6 off a single actually so don’t all rush) for advance bookings.

Therefore, the value of maintaining a separate Heathrow Express service after the arrival of Crossrail is dubious. Is it really right that such an expensive link is maintained to the airport, deterring many travellers from using it and taking up so much of the capacity at Paddington. It is maintained by a subterfuge which fools people into paying a premium price when a much cheaper alternative is available.

Scrapping Heathrow Express would free up a lot of train paths at Paddington and McTaggart, who has long complained about the reduction in fast trains to Slough, has an eye on them. She summed up the whole saga to me perfectly: ‘This is a classic example of the Department for Transport solving the problem in front of them without looking at the wider context. If they would abandon the train park in Langley, Slough would have land it needs for housing. We would have a fast train link through Heathrow to Paddington which in my view would best be provided as part of the Great Western Franchise rather than a private service.’

So time for the creation of a ‘guiding mind’ for the railway. Over breakfast the other day, my esteemed editor, Nigel Harris, and I both agreed that the word ‘unpaused’ – as in unpausing the electrification of the Midland Main Line etc – is a disgraceful corruption of the English language. However, if you can’t beat ’em, join ‘‘em, so we concluded that this saga requires the unabolition of the Strategic Rail Authority to impose some strategic thinking on the industry.

While on the subject of ‘unpausing’, a reader, Rod, with an interest in the north spotted my comment (Rail 785) that the decision to ‘unpause’ the Trans-Pennine and the Midland Main Line was prompted by a desire to upstage the Labour conference. He suggests another reason. He points out that three days after the ‘unpausing’, it was announced that George Osborne had secured agreement to create a new Sheffield City region with an elected mayor. This was described in the Guardian as a coup by the Chancellor which was duly trumpeted by Osborne in his speech to the Tory faithful at the conference on October 5.

As a caloused old observed of Westminster and Whitehall, I am always prepared to be cynical about politicians’ motives (though not always, there are some genuine people there) but clearly in this instance I was probably not cynical enough. I am quite prepared to believe Rod’s explanation is more convincing than mine.

Rod points out: ‘It is unclear whether the ‘unpausing’ was offered by Osborne as a sweetener or demanded by the Sheffield people as a condition of signing up. Either way it would seem that we up north have been sold something of a pup as the electrification has been deferred to Control Period 6 [i.e. after 2019], so it’s a bit hard to spot the what is new in the announcement.’ Indeed – a cheap triumph for the Chancellor.