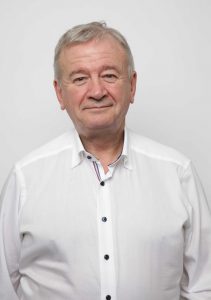 The defenestration of Sir Terry Morgan, the chairman of HS2, has been as painfully slow as progress on the scheme. Speculation  began on Friday and he was still none the wiser  about his fate yesterday afternoon.
Work on HS2 has only just started, nearly a decade after the project was first announced, and the scheduled finishing date of 2026 for the first phase is  looking unlikely, as it is already behind schedule. However, that is hardly Sir Terry’s fault: he only took over as chairman in August and it seems that he is facing the chop because of problems with Crossrail, the  70-mile cross-London line due to open next year, where he has been chairman since 2009.
Yet Sir Terry was clearly given the job because of his success in driving the Crossrail project to near completion. The line may be around a year late but its management style has been in sharp contrast to what is happening at HS2.  With dozens of contractors and sub-contractors, Sir Terry felt it was vital to ensure all staff saw themselves as working for Crossrail rather than for Bechtel, Mott MacDonald, Costain or whoever actually paid their wages. In addition  he almost singlehandedly created an apprenticeship school for tunnelling and underground projects that has now become permanent.
Crossrail is likely to end up with an overspend of around £1 billion but that represents less than 10 per cent of the anticipated £15 billion cost. This is a pretty good performance for a complex project  that  has required the construction of ten below-the-surface stations in central London to create what will be the biggest single piece of infrastructure the capital has ever seen. Such a small overspend would be the envy of German politicians, who are having to explain the cost of the yet to open Stuttgart station (€9 billion  instead of €6.5 billion and at least three years late) and Berlin Airport (€6.5 billion  instead of €2 billion and nine years late).
Moreover, the delays to  Crossrail  can hardly be laid at Sir Terry’s door. The trains were ordered late because of political wrangling, and the need  to use three different signalling systems, unavoidable because of legacy issues on the network, has created predictable complexities.
One suspects  Sir Terry’s mistake was that he took a quick look at HS2 and suggested major reform of its management methods. That may well have involved banging heads together and showing the door to some of the contractors, in order to create the kind of collegiate atmosphere that worked  at Crossrail. The government, wary of  bad news about its   controversial  megaproject, is choosing to shoot the messenger instead.