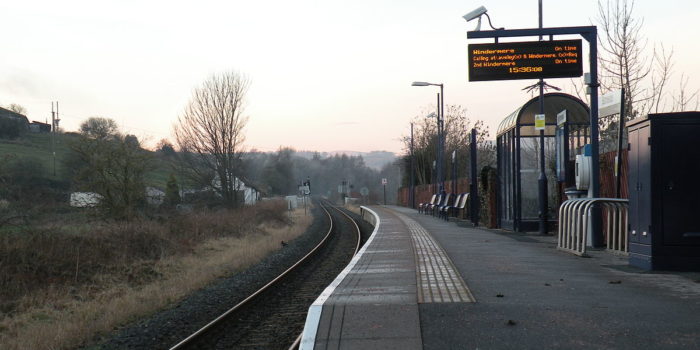 With the franchising system already reeling from a series of setbacks, somehow the Department for Transport and a couple of train operators, Stagecoach and Arriva, have apparently given it a fatal knock out blow over the complex and obscure issue of pension payments. Determining who exactly is to blame for this debacle is not easy and both parties are, as is usual in this type of dispute, blaming each other. Oh, and the Treasury, of course, is copping it from everyone. Amazingly, it is, indeed, quite possible, that Chris Grayling is not actually to blame for this debacle.

Getting to the bottom of this saga is no easy matter given that everyone wants to be exonerated from having created a mess from a row that has been festering behind the scenes for more than a year. Even the origins of how this started are unclear. The issue is over the arcane but important issue of whether the value of the Railway Pensions Scheme and whether it is in surplus or deficit. The basis of the scheme is that the train operators pay 60 per cent and the employees 40 per cent of the required contributions, though there is some variation in staff contributions which range from 9 to 11 per cent.

This system has operated under the radar for the near quarter of a century since that first privatised train trundled out of Twickenham station in 1996 until around a year ago when – and this is where accounts differ – either the Treasury or the Department of Transport, alerted by a freight company seeking a buyer realised that there was a problem over the valuation of the pension pot. Ever since privatisation, it had been assumed that the government essentially stood behind the pensions scheme. In other words, if there were a deficit and the pot was insufficient to pay out , then it would fall on the government to make up the difference. Crucially, that meant the scheme was low risk and therefore less money was required to sit in the pot than if there were no government guarantee.

Then some bright spark, presumably in the Treasury, said something to the effect: ‘Hold on a sec, we should not be bearing this risk, it is up to the private sector. We should not be underpinning this pension scheme.’ And all hell was let loose.

This is where it gets even murkier. The undertaking that the government underwrote the scheme was actually, according to my sources, only ‘tacit rather than explicit’.  That is a reasonable assumption to make. After all, we know that if a franchisee is unable to keep running trains, then the government has an operator of last resort ready to step in. Similarly, it was assumed that this was the case with the pension fund. But no, apparently not. And once the regulator had been informed, there was then concern among operators that there would have to be an increase in payments to keep up the now more risky pension fund solvent.

I am no pension expert and indeed there are not many in the rail industry, but it is pretty clear that the whole business is based on predictions and assumptions about the future;  i.e. actuarial calculations are really guesswork rather than based on precise numbers. It is certainly art rather than science and that is part of the problem in this dispute as no one is quite sure of what payments the new system may involve. Indeed, one source told me that the Pensions Regulator has not yet decided which of four categories – from high to low risk – the fund will now be put in, and each one clearly requires a different level of payment.

A lengthy period of negotiation ensued between operators and the Department about what precisely this meant and what extra liabilities might this involve in any new contracts. The Department is adamant that, to coin a phrase, ‘nothing has changed’ and that operators were always expected to take on the pension liabilities. Stagecoach, on the other hand, felt that everything had changed and argued that the total liability – across all franchises – could amount to as much as £5 – £6bn over the life of a new set of franchises. The operator also argued that under the new system, employees would be expecting to contribute more and there was a risk of industrial unrest. Given that these changes could easily turn a profitable franchise into a loss making one, there was some tough negotiation between the operators and the Department. There was a partial concession from the Department which agreed to take on the share price risk – in other words, if the FTSE fell significantly pushing up the Fund’s needs, then the government would step in.

The Rail Delivery Group stepped in and tried to negotiate a compromise. In a letter to Andrew Jones, the organisation’s head, Paul Plummer, wrote in early April:  ‘A crucial element to enabling gradual changes is the provision of a risk-sharing mechanism with Government. We consider that the risk-sharing that we propose does not in practice import any greater risks for Government than already exists under the current franchising arrangements, but it does provide tPR [the Pensions Regulator], Trustees and employers with documented support against unexpected outlier events’.

Clearly the Department did not agree and refused to change the arrangements, with the result that Stagecoach’s bids, which includes its joint effort with Virgin for West Coast, as well as Arriva’s bid for East Midlands, were all non-compliant. Although operators complained that this decision was made at a late stage by the Department, an argument supported in a Parliament by former Transport Secretary Patrick McLoughlin, government sources suggest that the operators had been warned all along that their bids were non-compliant and that the government – or rather the Treasury – was not prepared to take on any additional risk. They also point out that other bidders were able to put in compliant bids although effectively Abellio was left as the only one standing for East Midlands.

Amidst all the uncertainty arising from the Williams review and the lack of other bidders, it is amazing that the East Midlands franchise was let but rules is rules, and the law says that effectively that the state can only intervene as a matter of last resort. So it was, supposedly, an unstoppable process, rather like Brexit. Except Brexit may be stopped!

Where this leaves franchising is anyone’s guess. If Stagecoach has thrown its toys out of the pram permanently, then the only wholly UK owned bidder left playing is FirstGroup and it is in a poor financial state, with rumours that it may be broken up, leaving the company in no position to put in any brave bids. Without UK bidders, I think the whole process would be deemed unsustainable. With Labour already promising to end franchising, now even the most free market Tories might baulk at the idea that our railways are going to be run permanently by Johnny Foreigner. Wasn’t Brexit supposed to give us back control?

Regional train travel in France is often criticised as inadequate because resources have been concentrated on the TGV network for so long. However, with a devolved system of government, some regions sponsor train services and these can be very good, though timetables are rather haphazard.

Coming back from a ski trip, we were routed rather oddly from Moutiers in the Alps to Lyon where we took a TGV to Paris and thence the Eurostar. The three hour trip from Moutiers was by no means fast given it is just under 200kms , but then that can be partly excused by the windy line through the valleys and of what seemed like the sort of singling that British Rail indulged in.

However, there were two really great aspects, apart from the sheer pleasure of watching the French countryside in the spring and the backyards of houses that often boast a few chickens or the odd pig. First, there are the wonderful names of the stations that we passed are evocative of obscure wine labels or small village churches such as Saint André-Le-Gaz (how on earth did it get that name) and Tour-du-Pin. Many more of these stations, unstaffed now and with buildings that are somewhat fading, seem to have survived on the French system than in the UK, as it has just over 3,000 compared with the UK’s 2,560 for a somewhat larger network but a similar population.

Secondly, the new carriages boasting ‘Rhone Alpes’ logos are of the old corridor and compartment lay out without the doors. There are four seats each side facing other but instead of a sliding door, there is just a glass panel over half the entrance, leaving plenty of room to step in and out. It manages to give both a feeling of intimacy and cosiness but is also accessible and open. A great design for regional or long distance trains, but even commuters would like it. Definitely worth a try here if an operator dares to give it a go – if there are any out there!