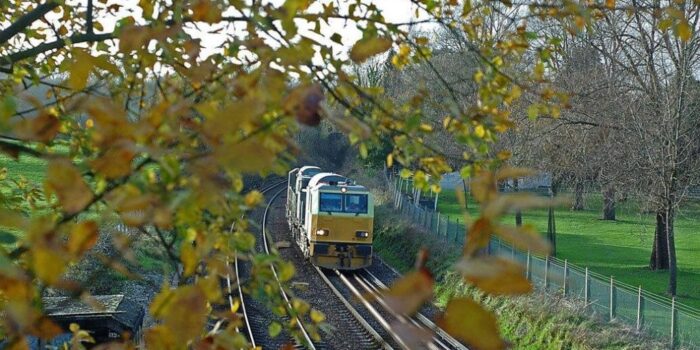 Let’s assume that ‘back to normal’ is, say, an 80 per cent railway. In other words, that the timetable will be pared back in order to match the lower level of demand that is likely to be the norm for some time to come. Even the optimists –and I am not one of them – accept that it will be a couple of years before we get back to 2019 passenger numbers and therefore

The imperative will be to save money. The Treasury is parking its tanks on the Department for Transport’s lawn (a small patch as it is!) and as ever it is on the railways that the guns are trained, not roads or indeed aviation. Now those Treasury mandarins unfamiliar with the railways (are there any who aren’t? – ed) might assume on the back of an envelope that if only 80 per cent of trains are running, then that will cost 20 per cent less.

Ah, if only it were so simple. Many of the railways’ costs are fixed. There is not going to be any significant saving in large swathes of the railway’s expenditure. For example, this small reduction in services is hardly going to allow fewer people to run the control centres and signalling boxes that keep the network going. Platform staff are still needed if the trains arrive every 15 minutes instead of every 12. Booking offices will still be required although, of course, there is pressure to push more people to buy tickets online. Yes, the number of drivers needed may be slightly fewer but the overall savings will not be large..

For the operators, the biggest expense other than track access charges is, of course, the leasing and operation of rolling stock. The question is, would a permanent reduction to an 80 per cent service lead to any significant cuts? There will be some savings in terms of reducing the cost of diesel or electricity, which is now much more precisely metered than it was in the past. Many train operators have in house operations to do the light maintenance and clearly there are some savings to be had if mileage is reduced because this will mean longer gaps between having to carry out the work. There will, too, be a reduction in spare parts but overall none of this will be a game changer. One source suggested to me that a 20 per cent reduction in mileage would lead to a 10 per cent cut in costs.

The main cost of rolling stock, however, is the leasing charge and there is no chance of any reductions there. If an operator ends up with surplus stock, the big saving would be to dispose of it. Say they have enough trains for 75 paths but now only require 60 – theoretically they could dispose of 15 trains. But, memo to any Treasury mandarins reading this, it is not so easy. The rolling stock companies which own most of the trains are not going to simply accept redundant stock back unless they have an alternative lessee – they are, after all, companies with shareholders and not charities. Unless they have an alternative user, they are not going to take any stock back before the lease runs out.

This is where the desire of government to retain a strong private sector interest in the railways conflicts with its aim of keeping costs to a minimum. The obvious solution would be to have the much trailed ‘guiding mind’ –BritRail as it may be called – being made responsible for rolling stock allocations. It would, of course, have to be able to allocate and pay for stock, and ultimately make decisions about future use, taking  away some of the freedom of franchise to do so. However, that would result in the most efficient useage of the current stock as BritRail would then be able to allocate stock where it was most needed.

The key is flexibility. But as a result of the differing and at times contrasting interests of the various operators the required level of cooperation is impossible to achieve if things are left to the free market.  This is a classic example of the contradictions inherent in the kind of public/private mix that the government is insisting on creating post pandemic. Ultimately, given the crisis and the reduction passenger numbers, the solution would be simply for the agency set up by the government, BritRail as it ought to be called, to operate the railway and to make the key long term investment decisions. But ideology, as I wrote a couple of issues ago in Rail 925 is preventing this sensible approach and instead we get a continuation of the pretend capitalism which has caused so much extra expense and grief to the rail industry.

There is another interesting example. Trainline is in difficulty, which is hardly surprising given the lack of passenger numbers. But what on earth is the point of Trainline – it merely siphons off a percentage of the cost of train tickets which should stay in the industry. When the railways were first privatised, there was a discussion at the Association of Train Operating Companies – the previous totally sensible moniker for the now ridiculously named  Rail Delivery Group – about whether it should allow train tickets to be booked through the National Enquiries website. This would then have been a sole and universally used agency run entirely by the industry which would have ensured all the money stayed within it. Instead, National Express, which at the time had seven franchises, blocked the idea, as it favoured its own cross-industry website which, in fact, never really took off. So instead, people going onto the National Rail Enquiries website have to then be transferred to the train operators to book a ticket. Now since franchising has been effectively dead for a year with all receipts from fares going to the government, a new app should have been created to enable direct control of bookings, making it easier for passengers and ensuring no money leeched out of the impoverished rail network. Obviously it is far too simple and ideologically socialist for the government to allow that, and nothing of the sort has been created.

Ensuring there is cooperation rather than competition on the railway in these ways would not only save money but ensure that people got a better service as it would enable routes that are still crowded to get extra trains or coaches. This is all about trying to make things better for the passenger, but here’s the rub. Improving the service is going to be a long way down the list of priorities for the railway if the Treasury is allowed to dictate how the industry is run.

This is really worrying as it will be completely the wrong way to ensure there is a rapid recovery in passenger numbers. The railways need to sell themselves and offer a better product. Instead, I can imagine that efforts to, say, improve the ghastly seats on the Thameslink trains or provide better food on trains will be vetoed by the Treasury. For their part, the train operators, with no interest in revenue and only keen to keep costs down, may do daft things like reduce the number of people on the gatelines or checking tickets on trains. As one senior rail manager told me ‘no one gives a shit about passenger experience in the current climate’. If that really is the case, then as Private Frazer used to say ‘we’re doomed’.

In the last issue I wrote about the contradictions in the government strategy over setting ‘green’ targets but then adopting policies which seem to run contrary to the intentions expressed in them. The most obvious example was the fact that fuel tax duty has been frozen for more than a decade, but even at a time when fuel prices are low because of the pandemic, the Chancellor merely nodded through yet another year of freezing the tax.

Now, though, Jesse Norman, effectively the Chancellor’s number two, floated the idea of reducing air passenger duty for domestic flights in order to encourage ‘connectivity’ between the four parts of the Union.  Now while that may not be quite as bonkers as the idea of building a tunnel under the Irish sea (possibly weirdly with a roundabout under the Isle of Man, go figure) it makes no sense in terms of any of the government’s longer term targets in relation to carbon emissions and climate change. Moreover, it undermines the most eco-friendly aspect of HS2 which is to encourage people who currently fly between London and the main two Scottish cities to use the train rather than the plane. We are used to governments failing to use joined up thinking but that idea left both me completely speechless on Twitter. Which may not have been a bad thing!