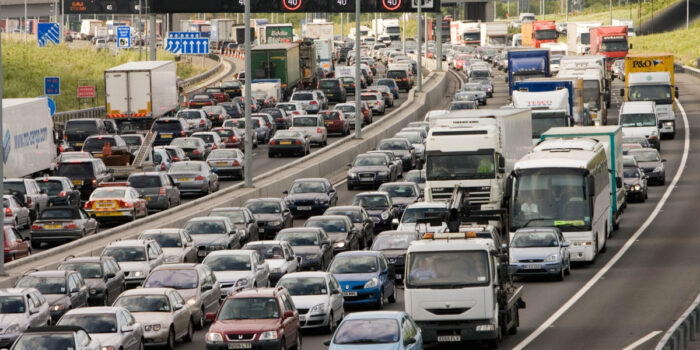 The fascinating paradox about transport is the contradiction between accessibility and mobility. We all want to have access to the places we need to get to for work, leisure, education and family and seek to get there as quickly as possible. Creating greater mobility has often been at the heart of urban transport policies with the aim of improving accessibility but ultimately it has often failed to be the solution.

As transport systems developed over the past century or so, the prospect of rapidly improving  transit times has proved illusory and despite vast sums of money being invested in increasing mobility, at times access to all these necessary destinations has become harder and taken longer than in the past. In other words, more mobility has not necessarily meant better accessibility. In the Victorian world, everything had to be close enough for people to walk to their destinations. Faster mobility has enabled facilities to be spread further, making them less accessible for people without means or the money to reach them.

The road networks that were built up as part of this progress represent the tragedy of the commons. Since the provision of road space is generally a free public good, use quickly outstrips supply and creates a race to provide more and more roads in order to keep up with what becomes ever expanding demand.

Partly this is a result of planning policies which have encouraged urban sprawl on the basis that access will principally be by car.  In the postwar period when many countries saw a rapid growth in car ownership and use, there was, for a time, a belief that the traditional methods of public transportation were redundant and could be phased out. The removal of any encumbrances to the mobility of the motor car was presented as ‘The Solution’ to the congestion that was clogging up city centres everywhere.

Tram networks, in particular, with their heavy investment requirements were shut down, as were trolleybuses which were seen as cumbersome and clearing these systems was seen as a way of enabling the smoother passage of cars. But cars eat space as hungrily as lions devour their pray.

This trend reached a peak in the 1960s when many city centres were destroyed in order to accommodate the growing number of vehicles but the insatiable demand began to force a rethink among city planners and transport policy makers. A whole raft of measures were implemented, such as bus lanes, cycle paths, reducing parking spaces, ultra low emission schemes, pedestrianised streets and even charging to enter city centre. Trams, dispensed with only a few decades previously, became the symbol of urban regeneration. Nothing symbolises the reversal of urban transport policy more than the establishment of a startling number of second generation of tram systems – 29 in France, 53 in Germany (some of which were revivals of legacy systems) and even 43 in the USA although Britain lags behind with just nine. Similarly metro systems have popped up across the world, now encompassing relatively small cities and even being the centrepiece of transport infrastructure in car oriented cultures like UAE and Saudi Arabia.

However, there is still a half hearted feel behind many of the measures brought in by urban authorities across the world. Sure they want a modal shift away from cars, but often they are scared off taking really radical measures by the strong pro-car lobby, often underpinned by taxi companies,  which sees unfettered use of their vehicles as a human right.

There was still a reluctance among many cities to follow the logic of the evidence in front of them which suggested that car use had to be constrained and other modes supported..

There is no doubt that overall there is a shift towards more sustainable and more equitable transport policies but there is still often a gap between the rhetoric and action.

And now there is another ‘big Solution’ that risks seducing politicians at both a national and local level: the idea that technology offers the silver bullet they all crave. It comes in various forms: hyperloop, drone delivery, air taxis, and probably most ridiculous, since Las Vegas was daft enough to pay for its construction, Elon Musk’s tunnel for electric vehicles. The most insidious, though, is the idea that driverless cars are going to become the dominant form of urban travel within a few years. In fact, despite being in development for more than a decade, supported by billions of dollars of investment and the backing of Google’s parent company Alphabet, there has been very little to show for it – various trials mostly with safety drivers and a few ‘robotaxis’ monitored remotely. Already, many of the supporters of the concept who, a few years ago were promising it would be the game changer on a par with the invention of the motor car, have admitted that it will take decades, if not generations, to develop a viable driverless car able to be accommodated on the mishmash of roads that characterise most non-American cities.

The harsh truth is that there is no Holy Grail which will change the very nature of urban transportation. The revival of the tram and the emphasis on subways, a technology first introduced in London in 1863 demonstrate, the solution to urban gridlock on the roads will come from the improvement of existing methods of transportation rather than the development of new ones. It may not be as exciting or appealing to politicians who favour ribbon cutting on major new schemes, but the truth is that the future is probably incremental development of existing technologies to improve sustainability, information systems and access for the mobility impaired, rather than mega billion projects. In the field of transport, incremental change has always been the order of the day – the crucial skill required of planners and politicians is to ensure that change is in the right direction.