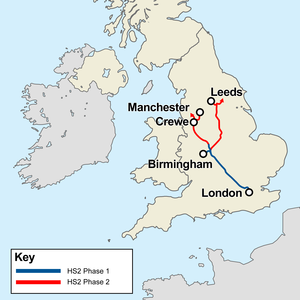 The government’s decarbonisation policy document is a constipated effort, blood out of stone from reluctant politicians after much delay. It can be characterised as a half serious document. On the one hand, this is produced by a Conservative government which until recently banned onshore wind farms because the Nimbies didn’t like them. On the other, though, many Tories – there are still numerous ostriches with their heads in the sand – are beginning to get it: they recognise is a planet-sized crisis which needs addressing and doing nothing is not an option.

The railways are seen as an important part of the strategy in two ways. First, the idea is to get more people to use the railways. There is, for example, a reference to the fact that motoring costs have gone down at the same time that rail fares have soared. Without going into the question of whose responsibility that has been (no prizes for guessing, folks), it is clear that this policy needs to be reversed to attract more people on to rail but the Paper only suggests that this will be ‘gradual’, presumably not to frighten the horses living in commuter land.

The second aspect is decarbonising the railways. One could argue that since the railways are by far the most environment-friendly way of travelling for distances that cannot be walked or cycled, the focus should be solely on getting more people to jump on trains but that would be a mistake. Cars are becoming far ‘greener’ with lower fuel consumption and meeting higher emission standards even before the trend towards electric cars.  Therefore, reducing the amount of C02 generated by the railways is essential. The paper is quite good on this with a number of suggestions such as removing all diesel trains by 2040 which will be difficult to implement given the current state of battery and hydrogen technology. And it is difficult not to have a slight chuckle when the paper suggests the Department ‘will deliver an ambitious, sustainable, and cost effective programme of electrification guided by Network Rail’(snork).

It is HS2 that is the most interesting part of this debate. As regular readers know, I have always been a sceptic about HS2 largely because of environmental reasons but I will bend over backwards to try and put the case for and against impartially. My objections are is not based on the ridiculous claims on the environmental damage of the scheme by the likes of Chris Packham who seems to think that the new railway will cause more destruction than the Vandals sacking Rome and is much less vocal about the £27bn roads programme. The loss of a few woodlands is a shame but it would be a price worth paying if HS2 could be shown to be a key part of our move towards a far more sustainable transport system.

This is certainly the argument put forward by its supporters. Their case rests on two key planks. First, they say HS2 will attract people out of their cars and entice people who would otherwise fly. The trouble is that the numbers are very small. Even HS2 Ltd suggests that only 1 per cent of HS2 travellers would otherwise fly, and only 4 per cent would have driven.   Worse, a person transferring from conventional rail to HS2 – the majority of users – will actually have a greater carbon footprint because of the higher speed of the trains. Moreover, they may well drive further to reach an HS2 station rather than their local one on the conventional network.

Secondly, supporters say, HS2 will free up the existing tracks for additional trains, both for passengers and goods. Glibly arguing that paths will be freed is not convincing. Of course this is true, but there will not be as many new paths available as suggested. Intermediate destinations such as Milton Keynes, Coventry, or Wolverhampton, currently well served by long distance fast trains from London will either have a reduced frequency of service or else retain the same number of train paths. Moreover, even if there are freed paths, the existing network will need to be expanded in order to accommodate these trains once they leave the West Coast Main Line.  Will the government be prepared to fund these improvements after spending billions on HS2, especially if passenger numbers are slow to recover after the pandemic? The same constraints exist for freight. There is, for example, no room for more trains to and from Felixstowe however much capacity is freed on other parts of the network.

There is, too, the argument about sunk carbon. HS2 itself has admitted that the use of cement and other carbon-using materials will result in the emission of just under 1.5 million tonnes of carbon dioxide and that this may never be offset because, according to HS2’s own figures, the savings from the operation of the railway are so low.

On September 12, a petition by the anti HS2 campaigners resulted in a Parliamentary debate on the future of the project after collecting more than 155,000 signatures . It was noticeable that the main line of attack from many of the opponents was on the lack of any positive environmental case for it. The minister tasked with responding to the debate, Andrew Stephenson, failed to address any environmental aspects of the scheme, apart from a local issue about the use of Bentonite and signally failed to provide any evidence that the scheme would deliver benefits in this respect.

The decarbonisation strategy document skates over the issue of HS2, rather kicking it into touch by constantly referring to the proposed ‘Integrated Rail Plan’ which may (or indeed may not) be published as part of Rishi Sunak’s budget and spending review on October 27. Therefore it is rather difficult to discern in what way HS2 helps the decarbonisation strategy other than by creating new train paths and attracting a few people on to rail

While no firm conclusions can be made – transport modelling is already an inexact science and estimating the effect of the policy on the environment is even more difficult – it is hardly contentious to say that HS2’s contribution to decarbonising the transport system will be limited. And that’s the main objection to it. If it was part of a much wider range of policies designed to reduce the impact of transport – ranging from road pricing to free bus travel, much higher fuel prices to widespread adoption of low traffic neighbourhoods, just to name a few, then it might be worthwhile. However, there is little sign of a transport policy based on the need to decarbonise since there are so few clear commitments in the Strategy.  Surely, and here’s a challenge, even the most fervent supporter of the project will find it difficult to argue the case for the scheme on its environmental merits?

Use of the railways up – but not enough

I have travelled on numerous trains recently and there is no doubt, as the statistics show, that usage is up. This is particularly noticeable off-peak at which time people seem more comfortable travelling, and I have been on some particularly busy trains, noticeably between London and York. The PR departments are busy telling us that this is great news and shows the resilience of the railways.

However, there is in fact, little to cheer about. The excellent statistics for modal share provided daily by the Department for Transport paint a bleak picture. On September 6, the last day of statistics available to me as I write this column, rail use was 60 per cent of pre pandemic levels, a score it first reached on August 11. This suggests that the rate of returning to rail has stalled somewhat and, as I have long suggested, it is the discretionary use, representing that remaining 40 per cent that will be difficult to regain.

This decline is made all the more worrying by the statistics for car use which on the same day showed 96 per cent of pre pandemic levels. Indeed, it has been at 90 per cent or more every day since May 26th and at weekends consistently above the 100 per cent mark. This makes tough reading for the industry and reinforces the point that to allow fares to keep on rising is a form of kamikaze for the railways. Industry leaders, and politicians concerned about the future of the railways must make this point very forcibly. Reducing fares will only be part of the solution but without it, the pre-pandemic numbers may not be reached again for years if not decades.