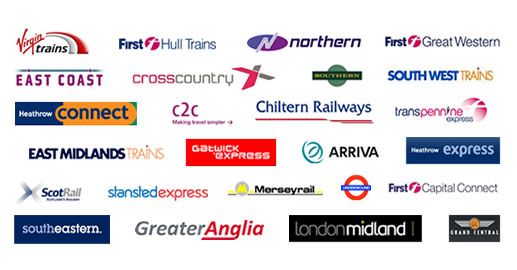 It’s fantasy time in the rail industry. Keith Williams made the mistake of asking for submissions from all and sundry for his review to allow, as Mao once suggested, ‘to let a hundred flowers bloom’. Mao’s call was for intellectuals to put forward ideas about how best to improve the Communist Party from whom they had become disillusioned. That was a story that did not end well.

There are similarities, therefore. Many of the responses to the Willliams Review that are most critical about the present system have come from rather surprising quarters. In particular, the Rail Delivery Group, which has spent much of its existence lauding the successes of  the present system, is now proposing a radical set of reforms that would completely change the nature of the bedrock of the system – franchising.

Some of the RDG’s suggestions are eminently sensible and I will return to them below, but despite promises not to be ideological, one of their key recommendations is an unwelcome return to the sort of ideas that were first put forward at privatisation. The RDG wants to see on some long distance routes ‘rail companies competing for passengers’ which means ‘rail companies would have to adapt to the needs of passengers’. The competition, it is suggested, would be on the ‘basis of quicker, more comfortable, journeys or faster wi-fi’ or fares, which is pretty vague and insubstantial. In effect, it sounds like a return to the idea first promoted by Roger (now Lord) Freeman when he was rail minister in the mid 1990s who spoke of trains for bosses and cheaper ones for their secretaries.

The submission from Virgin went further in this search of the Holy Grail of competition. The company, smarting from having their three current bids for franchises deemed non-compliant by the Department for Transport, nevertheless ploughed ahead with putting forward a series of ultra radical ideas for the future of the industry. The centrepiece of the submission is the replacement of franchising with the idea that ‘bundles’ of train paths would be sold to competing private sector companies. People would no longer be able to board long distance trains without a reservation, tickets would not be interchangeable  and there would be a totally new pricing system based on the airline model with suggestions that if you bought the last ticket on a particular train, it might cost several hundred pounds.

It may be, of course, that Virgin knew they were about to be booted off the railway and therefore are demob happy but I suspect that this explanation is too rational. The real reason is that after more than 20 years in the industry, Virgin’s bosses have still not understood that the railway business is fundamentally different. The capacity is so much greater (such as four trains per hour between London and Birmingham not counting other operators) there are intermediate stops, there are social obligations and, believe it or not, trains run on wheels all the time, not just on the runway! Not surprisingly, their ideas went down as well as steaks at the Vegetarian Society’s AGM.

Mao promptly despatched many of those who responded to his call for new ideas to distant re-education camps from which many never returned as they had to eat grass to survive but I’m not suggesting this fate for the RDG or Virgin/Stagecoach. However, just as the Chinese intellectuals had misread Mao’s intentions, these arch privatisers and supporters of increased competition are also on the wrong side of history. We are moving away from the heights of neoliberalism when competition and outsourcing were seen as the solution to every problem, and the only issue was how to get competition into every industry. Witness the collapse of Carillion, the ending of the privatisation of the probation service and the pleas of NHS England to stop the automatic contracting out process.

To be fair to the Rail Delivery Group – which surely should now change its ridiculous name – there are other more relevant suggestions in its submission, most notably the recognition of the need for an overall co-ordinating body in the industry.  They are on an easy wicket here. I suspect that the Williams Review, which remember is a government review with an independent chairman and therefore somewhat more constrained than has been implied, will dismiss the more outlandish suggestions with their emphasis on competition. We have been here before and the difficulties of developing competitive structures on a railway network, which have become all too apparent in the UK over the past 20 years, have meant that across the world railways, by and large, are monopolies.

From what I can glean from public sources and my conversations with people in the industry, Williams has recognised that the present franchising model has had its day. Even the Rail Delivery Group recognises this as it has put forward the idea that the current contracts would be replaced by ‘public service contracts’ which are not so tightly specified, therefore allowing more freedom for the operator, but which also, crucially, do not pass on revenue risk to the private sector. This is the model used in most European countries and by Transport for London as well as in the Govia Thameslink contract and shows that the RDG, which had vigorously defended the franchise model until now, has bowed to the inevitable.

As well as a new contracting model, there is no doubt that the Review will recommend the creation of a new strategic rail body and apart from the name – history rules out any mention of strategic or British in the title! –  the big question is over what functions and powers it will have. I suspect that it will take on the economic regulator function of the Office of Road and Rail which currently determines track access charges, as well as the contracting out process from the Department for Transport and take on responsibility for commissioning big projects. That will ensure that there is no longer the nonsense of rail operators being more concerned about obtaining a steady income from compensation payments rather than the fare box. It will also ensure there is no repeat of the mess created by franchisees putting in bids based on impossible timetables or for which the infrastructure is inadequate, as has happened with several existing contracts and is the key reason for the current crisis among operators. Watch this space for the collapse of future franchisees, with Northern and CrossCountry being the most likely to founder

Given that the creation of a new body will inevitably require an existing one to be scrapped, I suspect that the ORR will be sacrificed on the altar of transformation, with its safety role quite possibly also passing to the new organisation or even to the Railway Safety and Standards Board which already has the S word in its title.

One big issue is how prominent the organisation should be. My view is that the railway needs not only a ‘guiding mind’ behind the scenes, but a spokesperson for the industry, ready to take the flak when goes wrong as well as putting forward a vision for the future of rail. This has been sadly lacking ever since privatisation and would be a great relief to the politicians in the Department. In the days of British Rail, it was quite usual for its chairman to be in the stocks with rotten tomatoes being thrown at him, while ministers would say ‘nothing to do with us guv’. One of the unexpected consequences of privatisation is that ministers have still been held responsible for the failings of the railways.

As for all these revived plans for competition and emphasis on private sector involvement, I suspect Williams will show little interest in pursuing them but instead focus on the creation of the new body, setting out its role and functions, and trying to work out how best to involve local people in railway issues.

I am, yet again, writing a history book, this time on ‘what the railways did for us’, a little potboiler which presents me with the major problem of what to leave out. The railways did so much and essentially created the modern world, a fact that is often forgotten or, worse, attributed to the motor car.

Researching the book highlights, too, how things have, at times, been slow to change in the industry. Safety is a case in point. In one respect, it is possible to argue that the improved safety in the railways is remarkable given that it was usual even as recently as in the immediate postwar period, for dozens of people to die in rail accidents annually. It took a more than a century and a half to really get to grips with safety on the railways and it is worth noting that the motor industry is still decades behind in understanding that accidents are avoidable. Now as the annual report of the Rail Accident Investigation Bureau we have gone 11 years without a rail accident causing the death of a passenger and, indeed, since the formation of the RAIB in 2005, there has only been a single fatality, Margaret Masson, in the Grayrigg Pendolino derailment.

There are two clear warnings in the introduction to the report by Simon French. He warns that track workers are still vulnerable and notes that there was a fatality last year, the first one for half a decade. In fact, the recent record is even more remarkable than the reduction in accidents. Looking at the statistics for the book I am writing, I came across the fact that even as recently as the 1980s, it was normal for around 20-30 track workers to be killed on the railways annually. The fact that this was accepted as normal and inevitable is probably the most shocking aspect of this statistic, given that clearly, as the improvement shows, all these deaths were patently avoidable.

Secondly, he focuses on level crossings, which remain a hazard on the network. While much improvement has been carried out, the safety of the railways depends on the behaviour of drivers and that is why it is very difficult to reduce this risk further without mass closures that inevitably are unpopular locally.