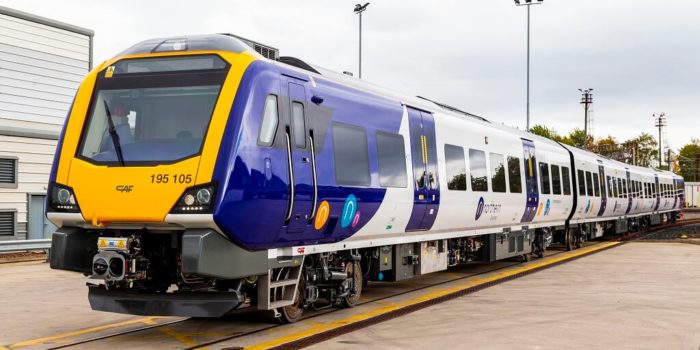 Things are getting better. No, really, they are. The railways have largely been out of the news lately, apart from the awful death of two trackworkers (see other article), with the timetable change in May passing off smoothly. Now there is independent confirmation from the regular Transport Focus passenger survey that the perception of the railway is at last getting better.

Indeed, the picture painted by the survey, published in late June, shows that overall passenger satisfaction with their journey rose from 81 per cent to 83 per cent. Now normally that would be statistically insignificant in a political opinion poll but the survey sample is so large that this improvement does actually reflect a real improvement on the ground. People are responding more positively to questions about the railway.

There is, too, more good news on the way. As I write, TransPennine Express have just announced that the first of its new trains have come into service and there are lots more to come around the network, once the inevitable teething problems are sorted out.

The better satisfaction rating is largely the result of the improved performance in the London travel to work area, where three operators , Southern , Great Western Railway and Southeastern achieved big increases in satisfaction with – 12, 6 and 5 per cent respectively. This is down to better reliability which is the main concern of most passengers, especially commuters. The industrial action combined with last year’s May timetable debacle had so compromised the performance of the railway in the southeast last year that people were simply avoiding travel if they could. I have friends who split their lives between London and Brighton, and they were consciously trying to avoid making journeys between the two except when absolutely essential. Multiply that a few thousand times and one can begin to understand why patronage fell off during this period, apart from the more often stated reasons about different work patterns. (Unfortunately for my friends the Brighton line seems to have baulked the trend and is still performing badly with regular weekend closures and countless minor delays.)

While the reliability must be part of the basic product being sold by the railway, the survey highlights areas where the railway must make improvements if it is not to lose out. For example, only a third of passengers are satisfied with the availability of power sockets and under 40 per cent think that the wifi is good enough. These are the two worst performing categories in the satisfaction survey. The widespread introduction of so many new trains over the next few years will help – though try finding the sockets without being a contortionist between the seats in an Azuma or the Siemens Eurostar trains – but these facilities should now be seen as standard and not an extra and will definitely contribute to some people making the decision on whether to take the train or not. Many people find being out of wi-fi range or with a dead phone battery as terrifying as walking at night down a dark alley.

One aspect which is below the radar but which could become more significant is an increased dissatisfaction with the state of some railway station buildings. This was particularly true of passengers using regional services who registered a 5 per cent decrease in satisfaction on this issue to just 71 per cent. From my recent travels in the midlands and the north, I can see this is the case. Most are unstaffed and there is a feel of neglect and even abandonment, with boarded up buildings, graffiti and lots of greenery in the wrong places.

It is obvious what is happening here. The lesser used – but not necessarily little used – stations in the regions, are being neglected. This is because they are the responsibility of the train operators who may be in financial difficulty or nearing the end of their contract, and consequently have no incentive to look after these stations.

The other area of great dissatisfaction is over the cost of tickets. In a way this is predictable. People are always going to want cheaper tickets but there must be few products people buy where more than half of the customers feel they have not got value for money. Pricing is one of the aspects of the railway being considered by the Williams Review and certainly the crazy structure with its huge price variations needs to be reformed. But, as I have written many times before, the present structure makes any real reform impossible because of the need to compensate train operators for any alleged losses.

These surveys, carried out twice a year by Transport Focus, with 25,000 respondents each time, are unique of any industry. No other business is so diligent in trying to find fault in its operations. Certainly there is nothing on this scale for aviation. At times, the surveys may seem somewhat counterproductive as their publication generates a lot of negative criticism of the railways in the media. However, they are in fact, invaluable but the train operators and other companies in the industry do not respond sufficiently to their findings. Much of what they reveal regularly, such as the difficulties facing disabled passengers or concerns about personal security at remote stations, are brushed off as being in the too difficult category. So are issues around wifi and charging points. In fact, it is high time that operators realised that in this day and age, wi-fi and charging points should be seen as much part of the basic service as toilets and windows, and that neglected station buildings are a deterrent to taking the train.

Death on the tracks

The death of the two trackworkers in Wales shows just how safety on the railways demands constant vigilance. Until the death of these men, the only fatality since 2014 was in November 2018 at Stoates Nest Junction near Purley. In relation to that incident, however, Rail Accident Investigation Branch chief inspector Simon French that during those five years ‘there have been too many near misses in which workers have had to jump for their lives at the last moment.’

In fact, in 2017 the Branch published a report on the fact that trackworkers were still at risk and it does seem that not enough attention has been paid to its recommendations since subsequently there has now been three deaths and several near misses.

The recommendations were nothing radical or unusual, but simply setting out good practice: proper procedures, improvements in competence requirements, better training and, crucially, ensuring all incidents were reported.

It is important to note, though not of any consolation to the family and friends of the two victims, that the improvement in trackwork safety has almost matched the progress made in terms of reducing passenger fatalities with no deaths annually becoming the norm, rather than the exception.

Railway work used to be exceptionally dangerous, as bad as deep sea fishing or mining with a staggering toll of 788 in 1874, the worst ever year. Even as recently as the 1980s, there were 20 – 30 deaths annually and no one paid any particular attention. In 1992/3, there were still 11 fatalities so it is only recently that there have been years with no deaths. Now, thanks to a series of measures from hard hats and hi-vi vests to mechanisation and less working next to live lines, deaths are uncommon enough to be newsworthy.

The change in attitude and in risk levels is best illustrated by the media coverage. The BBC actually led its news bulletins on the death of the two trackworkers and there was widespread coverage in every newspaper. If nothing else, that level of interest will guarantee we will never return to the bad old days and that there will be redoubled efforts to ensure that progress towards a Vision Zero is maintained.

However, deaths on the road are still viewed rather like those Victorian railway casualties, as inevitable and unavoidable. The sharp reduction in the death toll in the first few years of this century has not continued and, indeed, numbers have remained remarkably steady at around 1,750 for the past five years. Yet, we still have arguments over reducing speed limits, blocking off rat runs and introducing speed cameras. The railways have learnt their lesson – now it is the turn of those in charge of our roads to follow suit. A good start would be the creation of a Road Accident Investigation Branch, which would look at every fatality and produce a publicly-available report on its findings.