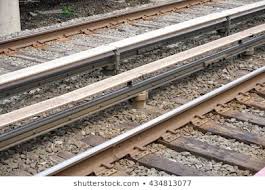 The publication of the Rail Enhancement Pipeline attracted little media coverage which is generally focussed on the big projects, such as HS2 or Crossrail. This is typical of the Londoncentric view of many journalists as witnessed by the sharp decline in specialist news coverage in the national papers.

It is also a pretty thin list. There is precious little money available for new schemes because, despite the overall rise in the investment budget, much of it is eaten up with overrunning projects from the previous Control Period which ended in March this year.  Yet, there is so much to be done that could greatly radically improve local rail services in many parts of the country, both taking cars off the road and giving people an opportunity to use the railway, but this government, like many of its predecessors, is essential focussed on roads.

I frequently give talks on my various books or in my capacity as honorary president of Railfuture at railway societies and pressure groups across the country and almost without exception there is always a local scheme that would do much to enhance rail services in the area. Often the sums involved are a pittance when set against big projects or, more pertinently, against local road schemes. The pro-road bias of the Department for Transport is laid bare through these local stories.

I was struck, in particular, by the story of the Salisbury to Exeter line when invited to speak by Salisbury-Exeter Line Rail Users Group (SERUG) in the wonderful transfer station, now part of a railway museum, at Yeovil Junction. The line is one of those that British Railways clearly wanted to close by stealth but instead left it as a shadow of its former self through a series of damaging cuts. Once a wonderful double tracked railway that was designed for fast running and used to carry the expresses that ran full of passengers who had just arrived from an Atlantic crossing through to London, in the 1960s, it was relegated to a secondary route with many intermediate  stations being closed and, worse, most of the second track removed. By the late 1960s, it struggled to maintain a slow two hourly stopping service between London and Exeter and most of the route further west was closed.

As with many such lines, things have improved since that nadir. New trains started running in 1993, several intermediate stations reopened and with the provision of passing loops at Tisbury and Axminser, by 2009 an hourly service was once again possible between Exeter and Waterloo.  And consequently numbers have boomed, growing faster than the average for the network. Consequently trains at peak times, especially into Exeter where there are several stations that are used by commuters, are overcrowded and there is undoubted a huge latent demand for travelling by rail. Reliability has been affected by train breakdowns in what is now old rolling stock which is diesel as the third rail runs out just after Basingstoke and by the use of the section west of Yeovil as a diversionary route for Great Western services.

SERUG is not demanding the earth. The group, formed just four years ago but now very active, would like, according to its chair, Bruce Duncan, ‘we would like to see a 100 mph railway rather than the current 85 mph with double track, with Devon Metro services [into Exeter] and suitable paths for a GWR diversion service without alteration to SWR services’. Is that too much to ask?

With plans to build some 40,000 new homes in the catchment area of the railway around towns such as Gillingham, Yeovil,  Axminster and Cranbrook (where the station, opened in 2015, now has more than 100,000 passengers annually), in a rational world where transport and planning went hand in hand, the case for improving the railway would be a slam dunk. All eight local MPs support the improvements being suggested by SERUG and the amounts of money, a few tens of millions, are relatively modest. Indeed, contrast the costs of improving the railway with the plan for the Stonehenge tunnel whose cost has now soared from a staggering £1.9bn to an unbelievable £2.4bn.

There is a, though, a complication over the electrification. Obviously, it would need to use the third rail system extended from Salisbury but the Office of Road and Rail is generally opposed to the idea of extensions of this type of electrification. In a statement issued recently on its third rail policy, the ORR said: ‘ORR considers that the weight of safety evidence creates a presumption against new-build or extended third rail being reasonably practicable…any proposed new-build or extended third rail proposal complies with the applicable legislation and be able to explain how and why it rebuts this presumption’.  That will not be easy. Indeed, I have come across another rail project, the Hoo Peninsula line in Kent where the same issue is being debated. A huge number of extra houses being built in an areas served poorly by road transport has resulted in suggestions that this freight only line should be reopened for passengers.  Overhead Line Electrification would be expensive and would not match the rolling stock in current use.

Third rail electrification does have disadvantages apart from the safety issue as it requires more sub-stations than overhead and there will be arguments that battery or bi-mode technology could be used instead. These are, though, likely to be far more expensive, and as argued cogently by David France in the last issue’s Open Access,  third rail is capable of providing excellent service that is far superior to diesel. It seems that this is a classic example of perfection being the enemy of the good, and the ORR should, at the very least, give a more detailed risk assessment than provided for in its paper.

Examples such as these show the desperate need for regional  transport policies which had a bias towards sustainable modes such as railways. The Hoo line could be brought back into passenger use for an estimated £67m, cheaper than proposed road improvements costing £20m more. But there is no one with the power to make these rational decisions. Is it too much to hope that whoever wins the forthcoming general election would rein back on the crazy road programme and allow regional authorities, councils and local enterprise partnerships to determine local priorities for transport.

When I wrote about Gatwick Express a couple of issues ago (Rail 889), I greatly underestimated what a scam: the whole situation is basically an official operation for the government to take money off people because they are not properly informed.

When the Gatwick Express franchise merged with the Southern franchise in 2015, it was retained as a brand, despite the fact that its trains now run on to either Three Bridges, the next stop after Gatwick, or all the way to Brighton. Gatwick Express justify this by  saying ‘Gatwick Express is a premium service primarily for airport travellers prepared to pay more for the speed, convenience and luggage space it offers’.

However, in reality the ‘speed’ and ‘convenience’ are both minimal.  Unlike in the past when it was the sole non-stop service, Gatwick Express is barely any quicker. In fact Southern trains are almost as fast. In a typical hour, there are ten trains between the two stations, four of which are Gatwick Express and six Southern. GE trains take either 27 or 30 minutes, while Southern take 31 or 32 mins because its trains stop at Clapham Junction and East Croydon. So, in fact, at most the extra ‘speed’ is a mere three or four minutes saved but even that is not  always the case since passengers would often get to Gatwick quicker by taking the first Southern service.  Just to make matters worse, Gatwick Express was recently stopped by the Advertising Standards Authority from advertising a 30 minute journey time as it is so unreliable

In terms of convenience, yes, there is a bit more baggage space, but the Southern trains are often running with lots of extra seats.   Yet, the fare difference between the two services can be as much as £11 60 one way. Gatwick Express charge £19 90 for a single journey and double that for a return. By contrast, on Southern, the stated fare is £16 70 single but just 10p more for a return provided both journeys are off peak.  However, using a contactless bank card or Oyster on Sothern, the one way fare is just £8 30 because it is based on half the return fare.

Yet, go to a ticket office and they will not advise you of that fare. Even on the National Rail Enquiry, the ‘cheapest fare’ is listed on each train as £16 70 and £19 90 respectively despite the fact that there is a very small panel on top at the left that gives the game away –  ‘with Oyster or contactless (pay as you go) from £8 30’. If you scroll down on the National Rail Enquiry page, there is information about buying an Oyster card, but it does not specify that the card can be used on services to Gatwick.

This would be seen as scandalous if the private sector were benefitting. But actually what makes it even more outrageous is that since the Southern Thameslink and Great Northern deal is a management contract, all the farebox money effectively goes to government. Would anyone with knowledge of the service really pay an extra £11 60 for a couple of minutes saved and bit of extra baggage room? Time that some publicly-spirited MP (Jeremy?) takes up this issue and ensures that all passengers are properly informed of the fact that the best deal between the two stations is simply to pay with contactless on a Southern service and to scrap the Gatwick Express brand.