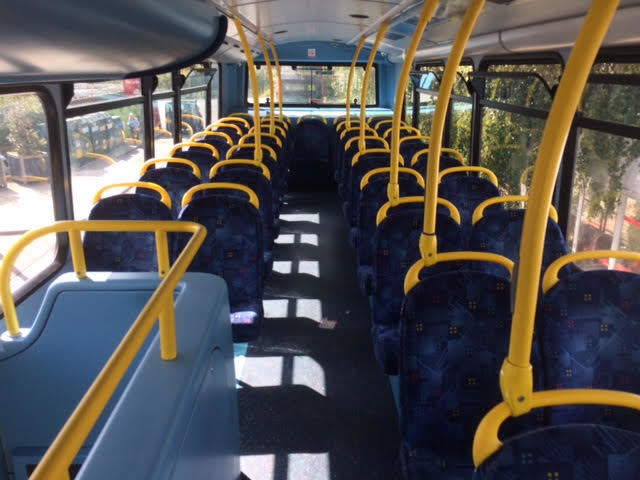 There is, perversely, something heartening about the atmosphere on the streets today. Kids are pedalling away behind their parents while drivers considerately slow down behind them. The reduction in traffic has dramatically cut pollution and pedestrians and joggers now outnumber cars. It is easy to fall into the trap of thinking that this presages a brighter future, with a more rational balance between transport and the environment.

Indeed, the benefits of the lockdown to people living in towns and cities have been notable and should cause us to question whether we really want things to ‘just go back to normal’. The air is now safe to breathe, which is of particular benefit to poorer residents living near main roads, and who, as a result, according to numerous studies, are more likely to suffer serious consequences if they catch coronavirus.

The cannier local authorities, notably some European mayors such as those in Milan and Paris, have realised that this could mark a key moment in transport policy, and have already begun to implement permanent measures to encourage more cycling and walking in their cities.  You might imagine therefore that in this country, too, such thinking would form the basis of re-imagining policy in such a way as to create a better balance between mobility and the environment. That will only happen if the right policies are implemented and, worryingly, there is a real risk that the aftermath of this crisis may actually bring about a move away from environmentally sustainable solutions.

Indeed, the reaction to the pandemic could threaten the very future of public transport itself. There is a terrible irony in the fact that the policy of discouraging the use of public transport has been so successful. Rail use around the country is down to just 5 per cent of normal and on the buses it is around 20 per cent. It is unfortunately far too simplistic to celebrate the effective renationalisation of the railways and the fact that the buses are also going to be bailed out in a way that involves strong state involvement. It will be a pyrrhic victory if the future economics of these services are fundamentally wrecked and all that remains is a heavily subsidised service with reduced numbers of passengers and at permanent risk of being cut back.

Peter Hendy, the chairman of Network Rail and former head of Transport for London has suggested that social distancing will need to be imposed on public transport when the lockdown is lifted. There are two reasons why this is unworkable. First, while it may be practical to police such a restriction on long-distance services where advance booking could be made mandatory, it is simply impossible to see how it would work in rush hour on commuter services, let alone the London Tube. Just picture the scene for a moment: 200 people want to get on the 8.04 from Guildford to Waterloo but the harassed staff try to allow only 100 on, telling the rest they will have to wait for the next service. It is simply not feasible.

Secondly, such a measure would wreck the economics of the railway, as running half-empty trains costs the same as operating full ones. This would, in turn, make the industry dependent on vast amounts of subsidy that would be vulnerable to political whim. Every line in the country would lose money and require constant financial support. The road lobby would be constantly trying to highlight this ‘waste of money’.

The same applies to buses. Again, half the people at stops might have to be turned away, and that will be a deterrent for anyone whose journey is necessary or urgent.

All this prompts some very hard questions about how local Labour politicians can respond to the dilemma. First, they should do everything in their power to facilitate cycling and walking as alternatives to public transport. That means a crash programme of establishing cycle lanes, using cones and plastic barriers, and publicising their introduction.

Secondly, as Sadiq has suggested, all public transport users should wear masks. Although masks are not 100 per cent effective, they would reduce risk and, importantly, reduce the perception of risk. It may, too, mean a strategy of deterring the most vulnerable from using public transport, at least until a vaccine or cure can be found. Public transport must, once again, be portrayed in a positive light, as the sustainable and healthy way of getting about.

There are no simple solutions, but we must be realistic. Social distancing and public transport are simply incompatible. Last week Auto Trader magazine ran an article trumpeting the fact that car sales will rise in response to the current crisis. The last thing we need is more cars on our already crowded roads and a reversal of the trend towards increased use of public and sustainable forms of transport. If there’s one thing this pandemic has taught us it is the dire consequences of health inequality in this country, with, at one point, 91 per cent of fatalities among those with underlying morbidities, and those morbidities most prevalent in low socio-economic groups. Increased car use and a move away from public transport will only exacerbate that shameful inequality.