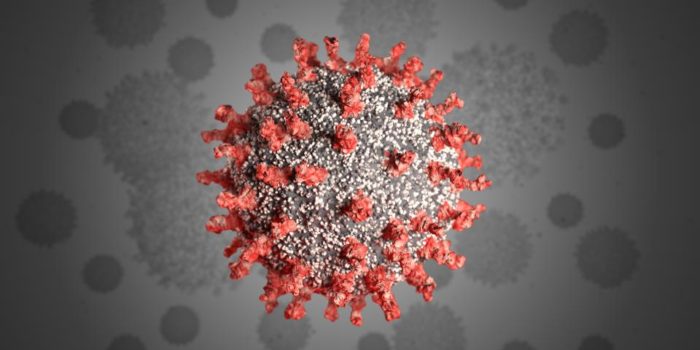 We are now in the new normal of empty train stations, reduced timetables and injunctions to people not to take the train. As Captain Oates might have said ’We may be here some time’. The discussions over what world we will return to are only just beginning and there is some reluctance by government ministers to even engage on the issue through fears that this will encourage people to relax their guard and begin to mingle more freely. This is patronising and short-sighted. By and large, the lockdown has been successful and the public needs to be engaged in the debate about what to do next.

Peter Hendy, the chairman of Network Rail and the former transport commissioner in London, is trying to spark a discussion in relation to the railways. He ventured onto the airwaves in mid April to put forward his thoughts on how the beginnings of a move away from the lockdown can be made. However, I’m afraid that in my view he made a fundamental mistake in his efforts to stimulate a debate and has made a suggestion that cannot realistically be implemented.

Hendy suggested that social distancing on the railways would have to be used when things start to return to normal. For example, on long distance services, he suggested, perhaps only half the seats would be sold to ensure everyone was able to keep away from their fellow travellers. On commuter services, numbers might have to be restricted.

The interviewer, Sarah Smith on the Today programme asked him about fares, and suggested that such restrictions would leave to severe rises. Hendy ducked the issue saying that now was not the time to talk about money. In a way that is correct since at the moment it is absolutely impossible to quantify the huge bill for the lockdown but she was right to raise the issue.

As she intimated, the economics of social distancing on trains would be disastrous. Whereas long distance operators in the past mostly contributed premium payments to the Department, which helped finance the subsidies to other services, in future every route – I am assuming the franchise system will disappear – will require considerable government finance.

Moreover, there are several other reasons why social distancing and the railways are simply incompatible. For long distance, it may be possible to only allow half the normal number of passengers and require everyone to book in advance but that effectively means turn up and go, the very basis of our transport system will no longer available. For commuter services, let alone the London Underground or Docklands Light Railway, just forget it. Picture the scene of people trying to get on the 08 19 from Guildford to London. If social distancing were enforced, then only about 20 per cent (according to estimates being used in the Department for Transport) of the normal capacity would be available. That is simply unworkable. How would it be possible to enforce that? The idea that harassed railway staff could control the numbers trying to get on trains is just fanciful. There simply are not enough police and, indeed, soldiers, to control the crowds. Therefore it will be up to government to decide who can or can’t return to work, and use the train to travel. That, to me, sounds Orwellian. Will we need a piece of paper to take a train as effectively has happened in France. I cannot see this as being feasible in Britain, particularly one run by a libertarian like Boris Johnson

Remember, too, that the railways are going to struggle to retain their existing markets and attract new passengers. During lockdown, the message has been that travelling on public transport is dangerous. Once it begins to ease, people will not rush back to use the railways – and indeed buses – if they feel there is a risk. Instead, they will jump in their cars or, more hopefully, on their bikes. The railways are going to have to be innovative and forward-looking in order to reverse that perception. In particular, with petrol prices plummeting, the incomprehensible fares system will need a complete overhaul. Imagination and risk taking need to be the order of the day.

That applies to the way we consider the risks. For months, we have been told that the virus stays alive for many hours, even days, on certain types of surfaces. We have been told to be two metres away, even when cycling or walking briskly past someone. Frankly, I feel the evidence is uncertain. Most people seem to have got the illness because they live or worked with someone who caught it, or they are in a risky setting such as a hospital or a care home. Moreover, the death rate for people who are healthy has been very low – only 5 per cent – and possible fewer – of those who died have had no underlying health conditions. Only a handful of people under 35 have died from it and most of them have had other health issues.

At some point we all, personally, have to make risk assessments. And the authorities have to help us do this. The future of public transport is dependent on that. We need to have an accurate assessment of how real are the risks of travelling on public transport. Of course, this is not easy but blanket orders for railway companies to impose impractical rules will simply wreck the industry for years to come.

Let’s be honest and accept that the use of the railway system is compatible with social distancing. It will essentially undermine the very idea of public transport. It may be that we will all have to wear masks for a while when using buses or trains. They are not 100 per cent effective but they undoubtedly, according to the best evidence, reduce the risk of passing on the disease if you have it, and therefore, concomitantly, make it less likely to catch it.  It may be that more vulnerable people will have to make their own decisions about using public transport. Sweden appears to have managed the disease without resorting to blanket lockdown. The railway needs to find similar compromises.

It is no exaggeration to say that the railways are facing an existential crisis. Forget silly little arguments about franchising and the future structure of the railways, as there will undoubtedly be attempts by dark forces in the Treasury and in the outer reaches of the Tory party who will argue that money spent on the railways is wasted as few people are using the trains. The industry and its supporters must be prepared for a titanic battle to defend the railways against proposed closures and cutbacks in the timetable. There is, in fact, very little money to be saved by closing routes and reducing services, but that will not inform those arguing for cuts. For a start, though, ditch the idea of social distancing on trains.

HS2 folly will not help the rail industry

I realise I am the dog in the manger when it comes to HS2 but regular readers will not be surprise that there was no cheering in Wolmar towers when the go-ahead for the first phase was slipped out in the midst of the current crisis. Moreover, as several of my friends in the industry have remarked, this will not necessarily be good news for the railways.

I wish those fervent supporters of the scheme would engage with its realities. The business case, also slipped out without any fanfare, should be shocking a read for anyone who believes in that methodology and who maintains that there is a rational argument for the new line.

The key table is 2.4 on page 54 of the business case. Even on the assumptions of 3.7 per cent growth in the London – West Midlands market and on the basis that the cost will be £40bn (higher than the original estimate but highly likely), the benefit cost ratio can only struggle up to 0.8 and it goes further down to 0.7 on the very realistic assumption, given the repercussions of the pandemic, that demand will be 16 per cent lower than originally assumed by the time the line opens in 2029. Note too, that the benefits in these ‘business cases’ include the rather nebulous ‘Wider Economic Impacts’ and therefore are as optimistic as it is possible to be without overtly fiddling the figures.

Essentially such a poor benefit cost ratio destroys any conceivable argument that the decision to go ahead is anything but a political finger in the wind rather than a rational assessment of the costs and benefits. Add in my key argument that spending £100bn on a project with no discernible environmental benefit given that we are heading for a climate crisis that will make the pandemic look like a minor mishap is a mistake to go with the Iraq War, Suez or pre World War Two appeasement.

In normal circumstances, such a poor benefit cost ratio would spell the death knell for any project. It needs a ratio of 2 to be considered good and anything below is generally not considered worthwhile. However,  HS2, as a fellow and well-informed sceptic suggested to me,  has become akin to a religion. You either believe in it or not. I prefer evidence based analysis and on that basis there was already little justification for supporting it before the Covid-19 crisis. Given the way that the railways will struggle over the next few years to regain the ridership they enjoyed in 2019, there are countless other better ways to spend that £100bn or so.