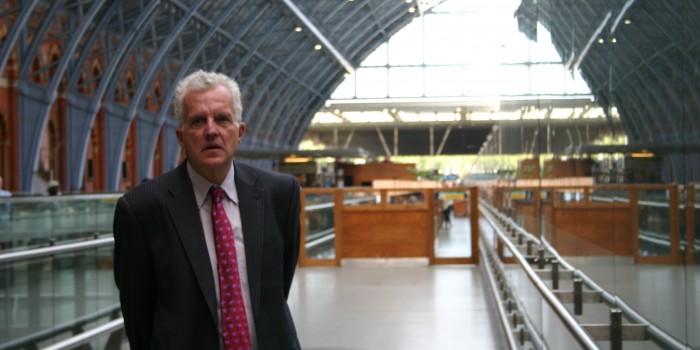 Boris Johnson’s speech to the nation on Sunday May 10th was rambly, incoherent and he failed dismally in his attempts to sound Churchillian.  However, while there are several parts I disagree with, there is a core message that we all have to accept and work through.

Johnson in his incoherent way was trying to set out the beginnings of a route map out of the lockdown. By changing ‘stay at home’ to ‘stay alert’, he is signalling that ultimately we will all have to make our own risk assessments of what we are prepared do as things start to ease. Nowhere is that more true in the use of public transport. The problem with Johnson’s statement was not the underlying message it was trying to convey, but rather the lack of clarity and trust that has characterised this whole crisis which means he will have difficulty in taking the public with him. So far, by and large, we have been treated like idiots, unable to understand the science which has not been explained to us, and therefore told, rather than asked, to do things.

There has been no attempt to differentiate between groups. Everyone, except key workers, have been by and large locked up at home. Yet, the risk of severe illness to many groups of people is very low. Fewer than 10 per cent of those who have died are aged between 20 and 65, and therefore likely to be in the workforce. Even then, many of those who did die in that group had underlying health conditions, such as diabetes or, notably, obesity which is a high risk. It seems that ethnic minorities are disproportionately affected, as are men who make up 60 per cent of the deaths. Therefore, young white women are probably at least risk particularly if they are not working in the NHS or as carers.  This type of segmentation is crude but it does highlight the fact that making personal risk assessments is a logical step.

Johnson was wrong to retain the message of not using public transport. He specifically said get in your car, or, better still, on your bike. The first of these, we know, is a disastrous suggestion for all sorts of reasons, notably the increase in pollution, itself a health risk,  and the fact that it is a missed opportunity to shift the emphasis of transport away from private vehicle use post Covid.

What the government should have done is to prepare the railways for the increased use which must happen if the economy as a whole is going to get back to anything like normal. Rather than simply suggesting people keep away from public transpot, which for many is impossible either because they do not have a car or a parking space at work, Johnson should have ensured that the railways were able to handle greater numbers safely. Instead, there has been no preparation by the government for this.

The dithering over masks is a case in point. They are no panacea and cannot guarantee safety but there is no doubt they help reduce the spread, by making it far less likely that the disease will be passed on by an infected wearer. Moreover, and this is just as important, wearing masks is a demonstration of ‘all of us are in it together’ as it shows that everyone is making and effort and it helps create the perception that travelling on public transport is safe. The fact that the government advice on masks, issued afte the speech, still only said people ‘should consider covering their mouth and nose’ is confusing for the public especially as Sadiq Khan, London’s mayor, has for weeks simply argued that everyone should wear one.

It is well accepted in the rail industry that as I wrote in the last issue, social distancing and rail use are incompatible. Anthony Smith, head of Transport Focus, confirmed this when he told me: ‘if you only have 20 per cent capacity on trains because of the 2m distancing you have a real problem. You either have to restrict demand to match supply or you increase supply’. Neither of these are realistically feasible. Restricting people getting on commuter trains would be a logistical nightmare, while increasing supply is really only possible up to the pre-Covid levels.

The unions have a key role to play here. There has been some criticism that they have been negative about plans to run more trains but I am assured by Simon Weller, the deputy leader of ASLEF that this is in no way the case: ‘We want to keep the railway running and ensure numbers to go back up again’, he said, but there are concerns about certain issues: ‘If a 377 arrives at Victoria with lots of people on board, the driver has to wait to ensure that he or she can walk to the other end while maintaining social distancing. That may take longer than the six minutes normally allowed.’ He cites mess rooms and toilets as places where it may be difficult for drivers to socially distance, and he want to see a clear way forward to reduce this risk. There is an acceptance it may well be impossible to make that risk disappear completely, but what has been missing is any government clarity on ways of minimalising it. Yet, the document issued on the day after the speech made no mention of rules governing public transport when already there were signs that usage on trains and Tubes was increasing (note though, some of the photographs of this have been very misleading as they are long shots that seem to show people crowded together when, in fact, they are not).

In fact, at root there is a basic subterfuge here. As I wrote last time, social distancing and rail use are incompatible, and Anthony Smith agrees: ‘Does the government acknowledge that there will be times when you won’t be able to keep the 2m distance or does it go really hard-line and formally restrict access. Worst of all would be for it to just pass the blame onto transport providers for not keeping people apart’. Johnson’s warning not to use trains suggests that he knows that social distancing would make rail use impractical but he does not want to close the system down as it would be too damaging. There is no clear message.

In fact, he should be saying that society thrives on the basis of accurate risk assessments. We accept all kinds of dangers already, such as driving on roads which kill 1,700 per year to entering a doctor’s waiting room where there are people coughing and spluttering. We must make the same calculation about taking a bus or train. Indeed, many people think I am crazy to cycle round London as I do, covering 50-60 miles in an average (pre-Covid) week for both business and leisure purposes. That is a risk I have taken for some 50 years and have only hit metal (a taxi driver door) once, and I am far healthier and fitter (and better off!) than had I used a car or public transport for all those journeys. If I were a 70 year old diabetic with a dicky heart, there is no way you would catch me taking a train until infection rates have plummeted or a vaccine has been developed. As a fit 70 year old I will do so reluctantly and very carefully but for the most part I will stick to my bike whenever possible. I will treat my own personal Covid risk in the same way. And in anticipation of those who might say that I risk spreading it, i will wear a mask on public transport and would refrain from using trains or buses if I were the slightest bit ill.

There is a wider context to this.  The Treasury is on the warpath, smarting at the huge and mounting bill to keep the railways operating. With passenger numbers still at 5 per cent of normal, the losses are astronomical. If optimistically, we assume that percentage will double following Johnson’s slight relaxation of the rules, the loss in passenger revenue amounts to a rate of £9bn annually, or £750m per month. If £50m of that is saved in fuel, reduced track access charges and furloughed staff, the extra coming from the Treasury amounts to around £700m per month. Unless this number can be brought down, it is difficult to see how railway services and the industry’s investment plans can survive. There will be pressure to increase fares dramatically, which is the last thing this fragile industry needs.

While some commuters and leisure passengers will trickle back over the coming months, It is, I suspect, only when a vaccine beomes widely available that numbers will start rising dramatically. Some of the traffic will be lost forever either because people have learnt to prefer the alternative such as cycling or driving, or because their work habits will have changed. If we are being brutally honest, the only really reliable market for the railways are the passengers using the London commuting services. Long distance can often be travelled by car as can inter-regional journeys, commuters in regional centres such as Manchester and Leeds are more likely to be able to transfer to cars or even buses than their counterparts in London. None of this will have gone unnoticed in the Treasury which has little interest in wider issues such as climate change.  The railways must be prepared for this battle with good spokespeople ready to argue the case in order to protect the industry and see off what could be an existential threat.