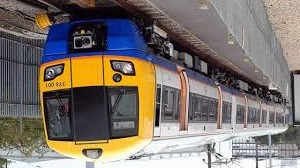 As a journalist for nigh on half a century, who has covered all kinds of extraordinary stories, big and small, I can quite easily say there has been nothing like this. When I pop out for my daily jog or occasional forays into shops, I keep on having to pinch myself that I have not suddenly woken up in a John Wyndham novel. I almost expect to see triffids wander past my window.  Indeed, in the first week of lockdown, Venus shone particularly strongly near the moon, partly because the reduced pollution in London made it more clearly visiable, and I did almost wonder if we were about to be invaded by strange aliens from that hot planet.

All this is to say, frankly, that words do fail me in trying to describe what is happening. ‘Unprecedented’ or ‘extraordinary’ just do not cut it. As I write this, just before Easter to help the poor production people cope with two days of holiday as well as working remotely, The Guardian reports that rail travel has fallen to 5 per cent of normal levels and Eurostar is down to 1 per cent. Note, these are not percentage reductions but the actual numbers travelling compared with the same time last year.

So the unthinkable has become the new normal. Franchising is already a long forgotten concept and cannot be revived in anything like its former structure. The railways have been renationalised and no one has protested. The open access passenger companies have given up the ghost and suspended services. We are moving inexorably towards a reintegrated railway. Poor old Jeremy Corbyn, had he won, would probably not have dared to be as radical as quickly as Grant Shapps, not known for any previous socialist tendencies has been. Network Rail, already in government hands is leeching billions of pounds and no one is even questioning it. Already, tenants have been let off rentals in stations and the freight companies allowed to hold off paying their access charges, while still happily in receipt of the fees they get for providing traction and wagons for track work. That’s because Network Rail is government owned and therefore able to make these decisions – who will pay in the end is, of course, a big question but for another day.

In trying to work out where we go from here, trying to patch up the franchising seems both impossible and unworkable. Given that Network Rail is now in the hands of a competent manager in Andrew Haynes, who also understands operations, surely even an ideologically constrained Tory government might see the sense of simply handing over operations to the infrastructure manager, given that vertical integration was high on the Williams agenda anyway. Running the system as one railway with the flexibility that will be needed in the post-Covid world would make sense.

For example, it is now widely accepted that not everything will return to normal at the same time. Indeed, whole regions might be allowed to emerge out of lockdown while others remain still under restrictions. Therefore, rail services might be required to return to normal schedules in one part of a region but not in another. Co-ordinating such a complex return can only be done centrally and working out any commercial aspects would be impossible.

There is, too, a wider role for the railways in a recovery. As I argued in my previous column, it would be a great mistake to close down the network even with the small number of passengers it currently caters for.  Once the economy starts to head back to normal, a process that may well take a decade (note the stock market index in 1928 was 300 and it did not get above that mark again until 1953), the pattern of rail use may change. Certainly, all those season ticket holders will not all come back at once but on the other hand there may well be a huge extra demand for leisure travel. If the restrictions are lifted early enough, I suspect this will be a bumper year for domestic seaside resorts, while few people will be ready to jump in an aeroplane. Again, in all these respects, only government can take the risk.

The one sector that has not been taken over by government is, of course, the rail freight industry. There have been some big losses. Aggregates have largely dried up because work on housebuilding and other civil engineering projects have been suspended. China stopped sending their big boxes some weeks ago which meant a reduction in freight trains to and from Felixstowe, though there are signs that they may start arriving again towards the end of this month. However, this will only serve to illustrate the topsy turvy nature of what is happening to the world’s economies. As China begins to reduce its lockdown, and fulfils orders that were made months ago, we are heading for an even tighter one – or at least, we are certainly not looking to relax restrictions. That means all those clothes for Primark or electronic goods for Curry’s will just sit in warehouses for months since the retail outlets are currently shut. That will mean another hiatus for railfreight, and then quite possibly another boom when things start to return to normal.

Other parts of the railfreight industry are doing allright, notably the supply of biomass for power stations or minerals like alumina for the aluminium smelter in Fort William as these industries cannot be switched off. Indeed, the new set of transport ministers have apparently been talking approvingly of the importance of railfreight as a vital industry to keep the lights on and key materials available. As an anecdote, one freight manager told me that because fewer passenger services are running in Manchester, freight trains are now using the short cut via the Ordsall Curve which has become a key route for these trains. Will they just get forced back to using the long way round afterwards?

Therefore, given the recognition of the vital importance of railfreight, there may be some opportunities for railfreight to capitalise on this situation and demonstrate its value in the new order of things. Nevertheless, parts of the railfreight industry are in trouble given the cuts in the economy and will need bailing out. It is not easy, however, to see how this can be done as the railfreight companies may fall between the various stools of the government aid mechanisms, too big to benefit from the small firms programme but not able to qualify for the help for larger firms. Seeing EasyJet getting a £600m government loan for an industry that is certainly not on the side of reducing the impact of climate change should give the rail firms plenty of ammunition in their search for a bail-out. Talking to people in the industry however revealed to me that no one has any idea how this may work. Government is certainly doing things on the hoof, and making announcements which sound good in public but actually when people or firms try to take advantage of these schemes, they simply get enmeshed in the red tape. Railfreight is no exception in this regard.

The issues about railfreight point towards some of the ways that some good will come out of this crisis. It is crucial to ensure that the world does not just to revert to its bad old days. The decarbonisation of transport had just reached the agenda as the lockdown started and there is no way that it can simply be forgotten given this crisis. Look at the improvement in air quality that has probably saved more lives than the Covid-19 virus has killed. Do we really want to return to the polluted world we had before.

It is not only travel patterns that will change out of this, but the very way we look at transport. Even the president of the Automobile Association, Edmund King has questioned whether the £27bn road programme is really necessary. He asked: ‘Once this crisis is over…. rather than everyone jumping into their cars, I think some people might begin to think, “do I really need to use my car every day”?’ There will be opportunities for rail but the industry will have to be ready to adapt to a different world.

The safeguards against rail closures inserted into the legislation for the privatisation of the industry to allay fears that it would result in a renewed Beeching axe have been remarkably successful. Apart from the odd little stretch of line and one or two unused stations like Newhaven Marine, there have been no closures or even threats of any. But campaigners – and I speak as honorary president of Railfuture – must beware of underhand ways of setting up closures. Local rail advocates along the Bedford – Bletchley line are concerned at the recent behaviour of West Midland Trains (which operates under the name London Northwestern Railway, an underhand attempt to align itself with one of the great historic railway companies).

They report that London Northwestern has effectively closed the line until further notice with no trains since the middle of March. Even before that, they were only running occasional services and not even providing bus replacement services. Indeed, since the franchise was taken over by West Midlands last year, the service has been patchy and at times non existent.  London Northwestern has also closed the Abbey line from Watford to St Albans but at least that has a bus replacement service.

According to local campaigners, various factors have contributed to the situation on the Marston Vale Line. The Vivarail trains have proved somewhat unreliable, and worse, their light weight has apparently meant there is a risk that they are not compatible with the equipment at level crossings. There has also been a shortage of train crew and of signallers, but there is also the suspicions that London Northwestern have used the excuse of the potential level crossing failures to withdraw services. Richard Crane, who has long campaigned for improvements to the service, told Rail,  ‘We are in a real triangle of blame – LNW blaming Vivarail, Vivarail blaming Network Rail and Network Rail blaming LNW and Vivarail. The passenger just can’t win!’ He says London Northwestern are not even promising to restore trains when the crisis is over and asks: ‘Is this the return of closure by stealth?’.