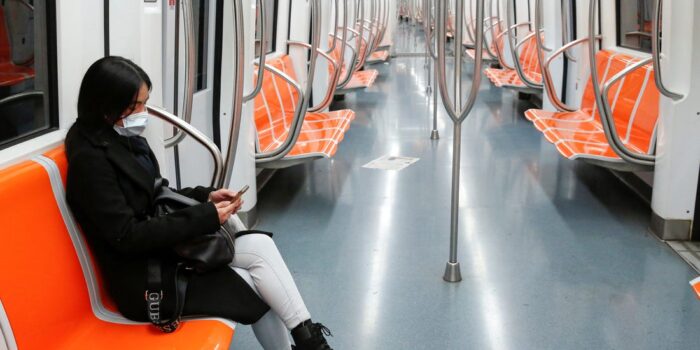 After a year of paralysis in the rail industry, there finally appears to be some movement from the Department for Transport about the future shape of the industry. I have learnt about some details of the new structure for the railways that are likely to emerge from the combination of the Williams review and ministerial decisions. Don’t hold your breath and don’t jump to conclusions, but there is likely to be an announcement about the future of the railways in the next few weeks, possibly coinciding with the budget scheduled for March 3rd.

The story so far is a confusing one. The railways were rescued very promptly as soon as the lockdown was announced, thwarting attempts by the Treasury to mothball large parts of the network thanks to the argument that they were needed for keyworkers. The financial cost, though, has been enormous, rising at times to £800m per month and this is perceived as unsustainable by the Treasury.

The pandemic put an end to plans to publish the Williams review set up in September 2018 which was supposed to produce a quick report on how to improve the structure of the railway and is now, euh, two years late. Williams was never going to be a genuine independent assessment but rather a way of giving cover to plans to rein back somewhat on the privatisation of the railway which was not able to cope with a growth rate that was lower than expected.

Instead, the pandemic forced an immediate suspension of franchising to be replaced by emergency measures agreements. These were effectively a way of propping up the private train companies by taking back the revenue risk – in other words responsibility for the fares income – and subsidising the continued operation of services. In effect, train operations were effectively renationalised as the government collected any remaining revenue – which at one time plummeted to 5 per cent of normal and even today is only around 14 per cent – and paid the train companies to run the services.

While the operators were clearly relieved that they did not have to continue making their franchise payments, subsequently there have been several disputes with the Department over the payments they have to make to end the contracts. The Department is arguing that they should pay the losses that they would have made had there not been a pandemic but some operators are resisting this. The Department is threatening that any owning group that does not pay up will be barred from the new contracts, which are to be called emergency recovery measures agreements.

The precise shape of these has not yet been decided but I understand they will not be the complete break from the franchising concept that has been expected. They will a kind of rolling contract that will be renegotiated every year as the situation on the railway changes. Therefore when first signed, there will, as now, still be no revenue risk to the operators since no one has any idea of how many people are likely to use the railways once lockdown restrictions are eased. In effect, they will start out as management contracts with companies receiving a set fee to run the operations, perhaps with a small incentive to be efficient. However, as the situation become clearer, incentives will be built into the contracts and at least some of the revenue risk may be passed on. However, will any private company be willing to accept that risk is highly dubious given there is undoubtedly a risk of another pandemic.

The contracts will have require operators to run a reliable performance, improve customer service and focus on community involvement, ensuring that local people and organisations have an input on the type of service being offered. They will be expected to innovate on matters such as fares, passenger information and the provision of information and they will be required to react to changing circumstances with a flexibility that did not exist in the previous system because the annual reviews will hold them to account.

The Wolmar question of ‘what is franchising for?’ is therefore not as dead as many had hoped and remains pertinent because it is only worth bringing the private sector if it is able to deploy its claimed advantages such as marketing and efficiency. However, the tight oversight of the new agreements will leave little leeway for the private sector to innovate.  Since train operators contribute very little investment, there seems little point in retaining their involvement. There is, indeed, a question mark over whether the private companies, who have previously made a healthy profit from the franchising contracts, will be happy with the complicated contracts that involve almost constant renegotiation.

On the other side, the Department for Transport does not have the skill set or the personnel to carry out such continuous monitoring. Transport for London, which has been particularly good at overseeing this type of management contract for its growing Overground service, has only been successful because it has had both experience – by paying those procuring the service a market rate – and a decent level of resources. This new model will require similar procurement expertise and clearly that cannot be undertaken by the Department itself – everyone in the industry and indeed in the Department recognises that running the rail industry from Great Minster House is a terrible idea.

There is another flaw in this model. While it is laudable to make operators more customer focussed and to encourage them to innovate, improvements are bound to cost money and the Treasury will simply say refuse to allow the spending. As one rail manager put it to me, ‘It was this type of arrangement and penny pinching which led to the awful Thameslink coaches, and the uncomfortable Azuma trains.’  The only way forward is to create a strong strategic body with a measure of independence on its budget that would allow it to improve services and make investment decisions. British Rail in its final few years would be a good model but sadly one that is unlikely to be followed. This hybrid status could result in the worst of all worlds but it is a compromise between the government’s ideological commitment to the private sector and the harsh reality of the fragility of the railway which has been revealed by the pandemic.

It is the oldest trick in the book. When up against it, throw up something so outlandish that it will attract attention and divert from the original issue. Now stand up anyone who seriously believes that a tunnel between the west of Scotland and Northern Ireland is a viable or desirable? Ok, the two of you can stop reading this piece.

As for the rest of you, I am sure you will agree that any serious analysis of this idea suggests that it falls at the first hurdle. I do wonder why Jim Steer, a well-respected transport consultant and member of the High Speed Rail Group which is supporting the idea, has dropped his guard and said of this scheme ‘Our suggestion is that this should be looked at very seriously.’

Come on Jim, you must know this is nonsense. Northern Ireland has a population of just 1.8 million and a modest tourist industry. The idea that this could sustain a tunnel costing let us say £50bn, as well as a new 80 mile rail line from Carlisle and the regauging of the 5ft 3 ins Northern Irish track is beyond laughable. Indeed Tory Simon Hoare MP, chairman of the Northern Ireland Committee ridiculed the idea amusingly: ‘the trains could be pulled by an inexhaustible herd of Unicorns overseen by stern, officious dodos. A PushmePullYou could be the senior guard and Puff the Magic Dragon the inspector. Let’s concentrate on making the protocol work and put the hallucinogenics down.’

Just to list the possible objections: insufficient demand, good potential alternatives such as ferry services from Liverpool or Holyhead to Northern Ireland and better air services, exorbitant cost, technical issues as the sea is very deep and the fact that this will take 30 years at best. If there were a tunnel, it would be far better to go from Wales to Dublin, but of course we are no longer in the EU.

Indeed, the whole idea is only being promoted by the Government as a distraction for its disastrous Northern Ireland policy as Brexit means there has to be a border either in the Irish Sea or on the border with the Republic.

This is not even a new idea. It seems to have been proposed first in 1868 and has popped up a few times since then, notably in 1956 when Montgomery Hyde MP for Belfast North tried to revive it and gave a long speech in Parliament. As I said on Twitter, there will be a motorway to the moon before a tunnel under the Irish sea.