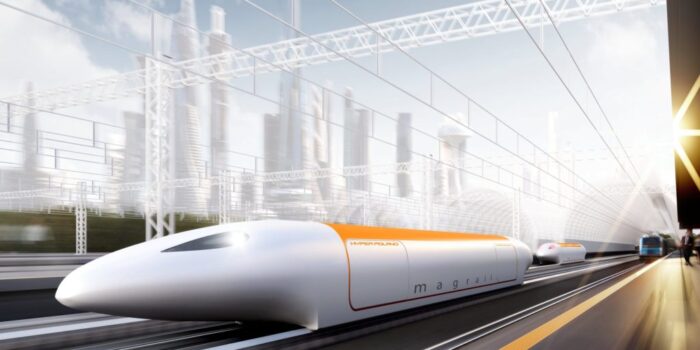 Just in case there were not enough ‘initiatives’ being launched by his department,  Grant Shapps, the transport secretary decided a couple of months ago that there was room for one more. This is a major effort, called WISP, the Whole Industry Strategy Plan, which has begun work with no announcement and indeed with a requirement from those partaking not to mention its existence publicly. While it is definitely Shapps’ brainchild, it also bears the fingerprints of Boris Johnson’s transport adviser, Andrew Gilligan, who is the driving force behind it. Gilligan, the cycling tsar when

Johnson was mayor of London, is no friend of HS2 – though seems to have abandoned efforts to kill it – and when he was a journalist at the Telegraph wrote an article supporting rail renationalisation.

Now I am afraid, dear reader, that before explaining what this initiative is about, you need to sit back to be reminded of all the other work streams within the Department and the wider industry. There is, of course, Williams Review which would normally be gathering dust on a shelf by now given that it was commissioned more than two and a half years ago but for the fact that, euh, it has never been published. Now renamed the Shapps Williams review, it is stuck somewhere in Downing Street as the Treasury is trying to ensure that it does not result in the re-creation of the hated Strategic Rail Authority which made the mistake of trying to live up to its name and wanting to spend money.

Park that notion for a moment, which we will return to, while we continue our tour d’horizon around the various committees discussing the future of the rail industry. There is the Rail Industry Recovery Group which brings together a wide variety of stakeholders including the unions and the Rail Delivery Group to examine how the rail industry can recover from the disaster of the pandemic. Then there is the Rail Reform Group which is a group of transport professionals looking at a variety of industry trends in relation to changing technologies and customer trends, such as how to improve customer service with more people on the platform and fewer in booking offices.

There is, therefore, quite a lot going on already, which is hardly surprising given the depth of the crisis faced by the industry because of the pandemic. It may seem odd, therefore, that yet another ‘inquiry’ is needed at a time when there is so much uncertainty in the industry. Apparently, the idea behind WISP, as it is known by its participants, is to assess what kind of railway there will be in 2050. The remit, which I have seen,  is written in the type of language that will be familiar to viewers of Yes Minister and W1A. There are seven themes looking at aspects such as long term strategies, the impact of new developments such as HS2 and the need to decarbonise, forecasting, the structure of the industry, improving efficiency and productivity and evaluating economic cases for schemes. The idea is to help the industry to determine what areas should be the priority for investment in order for the railway to continue to be relevant and successful. The question that it is seeking is to ascertain what, in particular, will be the drivers of change?

There are two problems with this ‘initiative’. First, no one I spoke who was involved in these ‘work streams’ was able to explain how its findings will meld in with the renamed Shapps Williams review. One of my sources suggested that the review will now be downgraded to a small leaflet setting out a few options for change, while the thinking behind WISP will be developed. Another questioned how the two reports, which are scheduled to be launched together at a big event in May (are you sure? That must be the fourth time its launch has been announced– ed).

What is odder is that Keith Williams also looked at the long term future of the railways and focussed on how it should be organised, having strongly criticised the franchising structure. While his findings seem to have been radically changed by Shapps, it is well known across the industry that the core recommendation was for a new pan-industry body which I have already dubbed as BritRail (Rail 922).

However, as mentioned above, there is already a fierce row going on between the Treasury and the Department for Transport over precisely what powers this new organisation will have. The Treasury already feels it was bounced into providing major support for the rail industry immediately after the first lockdown started and passenger numbers collapse. Treasury ministers feel they were never given an opportunity to examine whether this was value for money and whether there was an alternative. As a result, around £800m per month has been spent on keeping the railways running with very few passengers (incidentally one of the daft recent cutbacks insisted on by the Treasury is to ban any marketing initiatives by the train operators, a short sighted decision). Now the Treasury is terrified that the review will result in a situation where subsidies to the industry will continue unabated, completely out of its control. This row between the Treasury and the Department was the reason that commitments by rail minister Chris Heaton-Harris to publish even a bastardised version of the Williams report were not fulfilled before the pre-election ‘purdah’ period.

The bigger problem with all this is that all these reports are being produced in a vacuum. For my  book on British Rail, I recently  interviewed Gordon Pettit, that great railway manager who in a highly successful career at various times ran the Southern Region and Regional Railways and he made a very interesting observation: ‘Throughout my time in the railways, which stretched from the 1950s Modernisation Plan to privatisation, successive governments failed to set out the role that they wanted the railways to perform.’ As he put it, that is hardly surprising given that there is no transport policy or any attempt to develop one.

Surely rather than looking at technology or the future structure of the industry, the point at which to start is to define a purpose for the railways. Is the primary purpose of the railways to enable fast intercity journeys? To carry heavy freight and take lorries off the roads? To ensure city centres thrive by ensuring commuters can reach them easily? To enable remote communities to remain connected?

The rail enthusiast in me says all of these things but given the upheaval of the past year, surely now is finally the right time to try to hone down on these very difficult questions. Other countries do seem to have made these decisions. The Swiss, for example, see the railways as the core of an integrated transport system. The French favour the idea of high speed links between major cities. The Dutch system is for interconnectivity between all their major conurbations with rather slow but frequent trains. And so on.

But Pettit’s question remains relevant and should be the starting point for all these enquiries rather than an afterthought. Having an industry strategic plan is a good idea, and certainly we need new ideas about what the railways will look like in 30 years time, but it must be grounded in an agreement about what the railways are for. Technology must be the servant of the railways, not its master.

I am not a Luddite, but I am a techno-sceptic. As regular readers know, I have written extensively about the fundamental flaws in the efforts to create driverless cars and I am equally – nah, even more – sceptical of another of Elon Musk’s favourite playthings, the hyperloop which is supposed to enable ground level travel at near supersonic speeds.

More prosaically, though, in its efforts to decarbonise the rail industry which is already the most environmentally friendly transport mode, the government has been obsessed with promoting the idea of battery trains. And as a result plans to electrify parts of the network have been kicked into touch as this alternative strategy is examined.

During the coalition government, the local Lakes Line Rail Users’ Group was delighted that ministers promised to electrify the nearly 11 mile long branch line to Windermere. But then after the 2015 election, along came Chris Grayling (remember him?) who thought that electrification was a bit 20th century and it was battery trains that were needed. The only problem was that they had not been invented yet so the businesses and people of the Lake District would have to wait a while before they could get rid of their old diesel trains.

The idea was that adding a battery capability to an existing electric train would obviate the need to put the wires up on the branch line. This would not only save money but also would appease local environmental groups who thought the wires would be unsightly. Unfortunately, though neither of those arguments holds water. The cost of electrification – tho a bit of a moveable feast given Network Rail’s tendency to overspend – was likely to be in the order of £15m at worst though local activists like Robert Talbot, the chair of the Group, reckon it could be done for much less. However, fitting an extra coach with batteries onto existing electric trains would cost at least £2m and apparently five trains would be needed (which also would probably have to be new and therefore costly). Moreover, Windermere would have to be fitted with charging equipment and staff would have to be trained to use these trains, adding to the cost.

And when the Lakes Line Group asked local environmental organisations whether they objected to the wiring, they found that on the contrary, everyone wanted to get the work done as electric trains would be far cleaner and quieter. As Talbot points out, too, ‘electrifying the line would enable any train to come to Windermere whereas with the battery trains, only those with the equipment could be used.

So yet again, the emphasis on new technology instead of the sensible use of tried and tested methods has led to delays and extra costs. I’m sure there may be some useful applications of battery technology, but the Windermere line is not one of them.