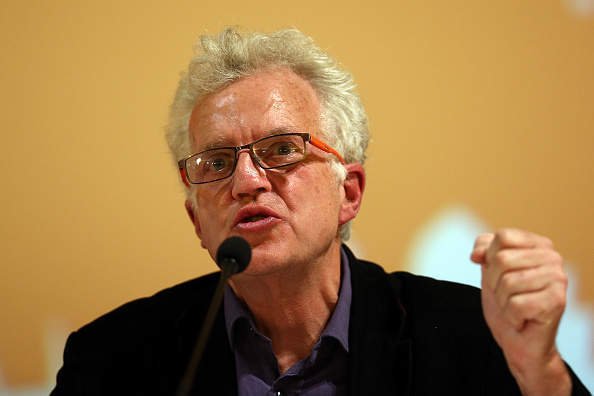 We are entering a period of Big Government. Indeed, we have been in one for the past year. Neoliberalism is dead, long live neo Keynesianism or Modern Monetary Theory (basically the notion that governments can just keep on printing money until inflation starts to rise). Well hopefully, but changing an economic orthodoxy will require more than wishful thinking. It will need a clear setting out of the alternatives.

Neoliberalism, essentially first adopted by Reagan and Thatcher in the 1980s, has dominated the western world’s economic thinking for the past four decades imposing regimes dominated by policies such as tight monetary control, free market domination, trade union restrictions, privatisation, reduction of government involvement and low taxes. (What’s this go to do with the railways – ed?  Don’t worry I am getting there.)

In terms of the railways, the dominance of the neoliberal ethic has meant a shift to the private sector in every way possible. The United Kingdom, of course, has led the way, with a privatisation that was far more radical, all-encompassing and rapid than anywhere else in the world. Now, though, the certainties that underpinned this fundamental change are being questioned thanks to a virus that none of us apart from a few scientists have ever seen.  For example, the notion that the private sector is best has been undermined by the comparison of the dysfunctional ‘test and trace’ programme run by Serco with the very successful roll-out of the vaccine controlled by the NHS, though with much input from the private drug companies making it a genuine public private partnership.

More fundamentally, the pandemic has demonstrated that there are certain tasks that only the government can undertake. Organising the whole response to the pandemic had to be a state enterprise even if much was – often unsuccessfully – contracted out. Moreover, suddenly there did seem to be a magic money tree as millions were put on furlough, cheap loans were made available to business and grants given to bail out all kinds of activities from the arts to football.

So what does this mean for the railways? First, the industry has to recognise that the state is going to be involved, as it always has, and is not going to go away. The notion, perpetrated only by a few clever fools like Richard Wellings of the secretly funded Institute of Economic Affairs, that privatisation has failed because it was never seen through properly has now been debunked once and for all. Many of those ‘faux capitalism’ games that I have complained about many times in this column will not be played again. The pandemic has exposed all too baldly the limitations of the private sector.

We are entering a new era the Williams Shapps (or is it Shapps Williams?) report will be published soon after the local elections on May 6 and will recommend the creation of a ’controlling mind’ for the railways, which implies far greater state involvement than the model which existed up to the outbreak of the pandemic. The question is how far will that ‘controlling mind’ really be able to ‘control’ the railways. This quasi-renationalisation is being undertaken by a government ideologically committed to the opposite. But both in the railway industry and in the world outside, the limits of neoliberalist thinking have been reached. Look, for example, at the reversal of the privatisation of the probation service (undertaken by none other than Chris Grayling) and the acceptance that private prisons may not be such a good idea. HS2 has been entirely publicly funded with no discussion of any alternatives. And so on…

From what I gather from my sources, the government is still intent at making the railways play with capitalism. My esteemed colleague, Insider, argued in his column in the last issue that it was imperative to support the introduction of more competition into the industry. The Department, too, is intent on still contracting out operations on the basis of contracts that will provide an incentive for the operators to boost their income. The feeling is that unless there are such incentives, then railway managers will never take any initiatives and innovations.

I could not disagree more, and here’s the evidence. British Rail functioned best in the 1980s when, essentially, the Transport Secretary Nicholas Ridley left BR to its own devices, allowing the then chairman to make strategic decisions giving much freedom to the recently created sectors – Network SouthEast, InterCity, Provincial Railways and the two freght businesses. There was a tacit understanding that BR would try to reduce its deficit but otherwise would be left to make its own decisions about how to boost income and how to reduce costs. It led to the establishment of Organising for Quality,(OfQ) and the result was a far more dynamic and innovative railway than at any other time in its history.

The key was the hands off relationship between the Department and BR which was based partly on trust and the personal friendship of Reid and Ridley. The fact that Grant Shapps has insisted the report into the future of the railway will now have his name on it suggests that such a relationship will be difficult to replicate in today’s context.

Nor are the auguries good. Reid was clear that cutting costs was only part of the solution. Growing revenue was just as important. Reid may have been a career railway man but his instincts were always commercial. He helped turn the railway from being a production-led organisation with little commercial intent to being totally focused on finding new ways of generating revenue. Today, the need to boost revenue is even more urgent. The railway’s income is currently less than a quarter of the total pre-pandemic and therefore the scope to increase it is almost infinite. And yet, now that numbers have started to pick up, the Treasury has banned the train operators from spending any money on marketing. The new strategic body must be able to override such ridiculous requirements, or else it will be so toothless as to be worthless. In other words, the new body must be able to spend in order to reduce the subsidy and have the same freedom which BR had in the 1980s. And clearly that freedom must apply to setting fares. The fares rise forced on the industry by the Treasury was an assisted a suicide note.

Sir Peter Hendy, the chairman of Network Rail, has reiterated his view that 80 per cent of the passengers will come back to the railway in the next couple of years. My view is that this is an ‘arbitrary eighty’ and I stick with Mystic Wolmar’s estimate of 60 per cent – although even that may be optimistic. My anecdotal evidence points to even worse numbers. I ask lots of people I meet casually about changing their commuting habits and all reply that they are going to work from home more or all the time. The last person I met lives in Portsmouth and was travelling in every day to London – no more, he said, perhaps once a week or fortnight.

Therefore, unless neoliberal values are challenged, we will end up with a railway that is being used by a minority and that will be under constant threat of cuts and reduced services. Continued decline will be inevitable and we will be back to a pennypinching era of limited investment and declining assets.

In my column two issues ago, I praised the excellent scheme to help victims of domestic violence by giving them free travel to a place of safety. I was pulled up by a male reader who had been a victim of domestic abuse for using the word ‘women’ instead of ‘victims’. He made the point that there were male victims of abuse – which of course is correct – but went on to say that 36 per cent of victims were male.

I thought this sounded high and therefore checked it out. Indeed, on the internet the figure of a third of victims being men is widely mentioned. However, on closer examination, the true figure is far less. The figure is mentioned in the British Crime Survey but crucially does not distinguish between domestic abuse and domestic violence. In fact, police records show that 80-90 per cent of domestic violence is men attacking women, and 93 per cent of prosecutions are of men who have attacked women.

Louise Perry, a journalist who writes about domestic violence, told me: ‘As a rule, the less serious the injuries are, the more gender parity there is in offending. More serious injuries are much more likely to be inflicted by men against women. Murder stats show this most clearly.’ Two women a week are killed by their partners or ex-partners whereas very few men are

None of this is to deny the existence of male victims whom I should have included. But clearly the overwhelming number likely to be helped by this scheme will be women. The Rail Delivery Group is keen to point out that it has worked with Respect, which helps male victims of violence, as well as with Women’s Aid.