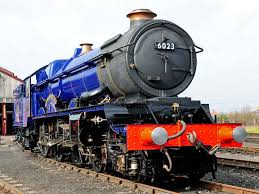 Sir. The collapse of the train services out of King’s Cross and Paddington after the announcement that the Hitachi trains needed to have safety checks shows the lack of resilience in today’s railway (“Rail operators ordered to end chaos caused by train cracks”, May 10). Despite the fact that only a limited timetable is being run because of the pandemic, and a few spare train sets are available, most services were cancelled because of the lack of flexibility of the various companies involved.

In December 1960, the new electric trains for Glasgow suburban services had to be withdrawn because a couple had caught fire. Over the space of the weekend of December 17-18 the former steam locomotive service was restored. This required the creation of an emergency timetable, changes to signalling procedures, 500ft timber extensions on two new stations, re-rostering of staff, bringing out of storage the old coaches and informing the public of the changes. All that was carried out within 48 hours, undertaken by a dull, unimaginative, non-commercially minded state-owned railway that was clearly the wrong sort of organisation for the future.