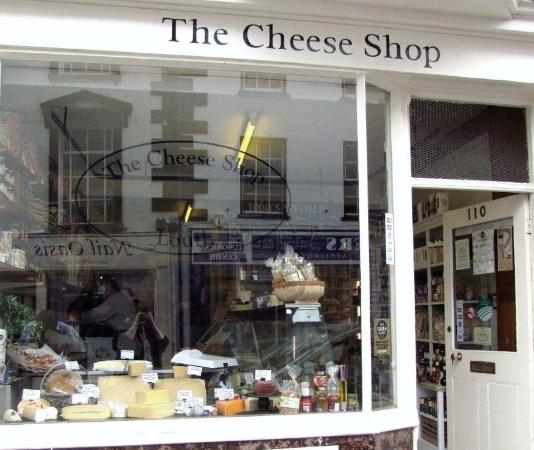 I know I really ought to write about all the very important things going on in the railway. There’s no shortage of them:  they range from the decarbonisation policy and the damning report of the Public Accounts Committee the lack of progress over restructuring to the debate on mask wearing and the absence of the much needed marketing campaign to get people back on rail. But no, this is holiday time and I thought I would give readers a rest from all that heavy stuff and focus on the lovely market town of Louth with the added ingredient of a bit of nostalgia.

Let me explain. As a child, I was taken every Easter by my ex-nanny (that’s a long story, too!) to stay a week or so with her parents who ran a farm in Fulstow, a small village a few miles north of Louth. This was the first long train journey I ever took and the details remain in my memory as sharply as if they had taken place last week. Hopping on the Circle Line to King’s Cross, boarding the compartmentalised train, the kindly ticket inspectors, and every station where the Grimsby express stopped (in those days it did not go through to Cleethorpes).  Above all I remember the noise and smell of the steam locomotives, and it was those journeys that turned me into a trainspotter which meant that soon a pencil, notebook and Ian Allan locospotters guide became essential items for the trip.

After Peterborough, the train left the East Coast Main Line to go through Spalding and Boston to reach Louth.  Now, of course, sections of the line are closed, one of those Beeching cuts that made little sense at the time and which today can be seen as an enormous mistake. Louth was actually a busy railway town since as well being a stop on the main line to Grimsby, there was also a loop line running to the coast and to the east the railway ran through to Lincoln. All these lines, built by the Great Northern, are now closed making Louth, with a population of 16,000, the largest town in Lincolnshire without a railway. The signal box to the north of the station, which is now a house, boasted 53 levers according to the lady who now lives there.

Passenger services ended in 1970 and freight a decade later. The station is now blocked off from the old alignment by, inevitably, a supermarket and a car park although the local heritage railway, the Lincolnshire Wolds, which is currently only a couple of miles long, has designs on stretching down to the outskirts of Louth.

Oddly both Boston and Spalding still have stations but the line between them closed which means a journey between these two towns, merely 15 miles apart, takes 97 minutes with a change at Sleaford and costs more than a pound a mile – £16 30 which makes me suspect that not many tickets are sold for this journey.

OK, so apart from childhood reminiscences, why is the story of Louth relevant today? Well, during our short staycation at Humberstone Fitties, just south of Cleethorpes, we cycled through the very unspoilt Lincolnshire Wolds which are by no means flat and boring as conventional wisdom about the county suggests. And on a very sunny afternoon, we sauntered into Louth by a back way called Westgate, which is wonderfully suggestive of history. The town is actually a gem boasting lots of houses built in the 18th century when it was very affluent as a centre of the wool trade. In order to remain competitive, a dozen-mile long canal was built through to the sea  and even though it always struggled financially, remained open until 1924. This is another attraction although the walk alongside it could do with some TLC – North East Lincolnshire council please note – as we had to fight through the nettles to get through but it was definitely worthwhile.

The town itself boasts the modestly named St James Church. This is a cathedral in all but name – the bishop is at Lincoln and therefore St James does not qualify for cathedral status –  a huge mostly 15th century church, which can accommodate 1,000 people quite comfortably and boasts one of England’s tallest spires and a set of stained glass windows that would not be out of place in Reims Cathedral. There was also a wonderful guide to tell us about the rebuilt roof and the Lincolnshire Uprising which ended up with the local vicar and a couple of other notables being hung at Tyburn for opposing Henry VIII’s rift with the Catholic Church. Louth’s central area is full of interesting shops including The Cheese Shop, recently voted the best cheese shop in Britain.

In other words, Louth is a place that merits far more visitors and attention than it gets. It is a well-kept secret and funnily enough a couple of the locals we spoke to begged us not to publicise it as they like it to be off the beaten track. It should be up there with the likes of Hereford or Chester, on the tourist trail for the American and Japanese tourists who hopefully will soon once again be visiting our shores. Unfortunately, though, thanks to Beeching and Ernest Marples, the lack of a railway will ensure it will struggle to attract the tourists that the town, and indeed the surrounding rolling countryside of the Wolds, deserve. On all our walks and cycle rides, we hardly encountered a soul and that is part of the attraction, but there is room for plenty more people before it gets crowded.

The local council has ensured that a reconnection of the line to Grimsby would be very difficult as part of the old alignment is now the A16 and to the south other developments are in the way of any reopening plans to Boston. However, if the government were really interested in ‘levelling up’, improving transport links to places such as North East Lincolnshire would be high up on the agenda. In the meantime, dear reader, do go there if you have the chance. An unspoilt and little known part of our green and pleasant land.

Following my Rail column in the last issue highlighting the desecration of the Great Musgrave bridge with that quite shocking photograph, I was rung up by a couple of national newspaper journalists and there was widespread publicity about the Highways Agency attack on rail heritage including articles in The Times and Daily Mail. One reader wrote to his MP and received an answer copying in Grant Shapps’ response which explained at great length that the poor condition of the bridge necessitated this rapid infilling. Bizarrely part of his explanation was that there was no weight limit on the bridge, which begs the question of why one wasn’t imposed immediately if there were a genuine risk. The risk itself seemed non-existent. Masonry arches do not suddenly fall and the bridge was not actually showing signs of weakness. Moreover, local sources point out that there are restrictions on the access roads to the bridge and therefore there was no chance that a 44 tonne lorry was about to trundle over it.

The New Civil Engineer magazine published several critical articles suggesting the whole scheme was an embarrassment and quoting an expert on bridge restoration, David Kitching, who pointed out that there were far cheaper ways of ensuring bridges were safe in a far more environmentally sensitive way. He also said that contrary to the claims by the Highways Agency that the infilling could be reversed, the method used, spray concrete, would make reopening the arch ‘virtually impossible’ without causing irreversible damage.

There has also been a debate in the House of Lords prompted by Lord Faulkner and continuing interest from the Commons Transport Committee which means that the Highways Agency is definitely on the retreat. You can help by signing the petition drawn up by the campaigning HRE Group to push for a Commons debate on the issue. Nevertheless, as I mentioned in the last issue, this is still a story that I fail to understand. Why spend all this money, create all this hassle and cause all this controversy for a policy that makes no sense in financial or environmental terms?  The best interpretation was that it was a sledgehammer to crack a nut, while the worst is that the Highways Agency was embarked on an some weird anti-rail agenda.