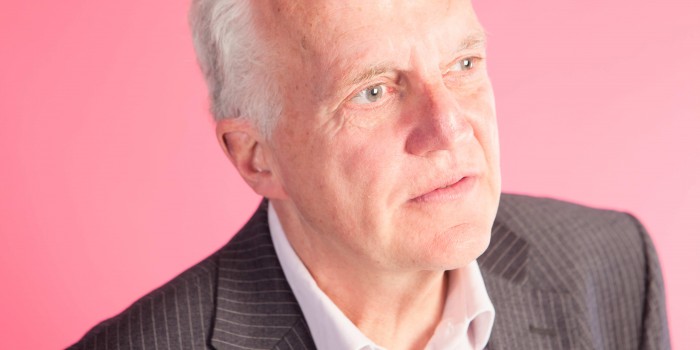 At one of the numerous Labour party conference fringe meetings on transport, a junior shadow transport minister said ‘Rail renationalisation is the centrepiece of our transport policy’. Now you might think that as a longtime opponent of the way that the railways were privatised and a critic of the subsequent structure, I would be delighted at this statement.

Not so. Don’t get me wrong. I remain convinced that renationalising the railways which, in effect, means bringing back the operators and Network Rail together into a single organisation under the aegis of the state is a good idea. Yes, a few positive aspects of privatisation would be lost, such as having a couple of small open access operators who have added useful services to the network, but in the main the savings would be considerable. No longer would we need the ridiculous army of people attributing delay minutes rather arbitrarily between operator and infrastructure provider. No longer would we have the ridiculously expensive franchise bidding process which, in any case, has all but broken down. No longer would we need an army of lawyers and consultants to police the relationship between the various players in the industry. No longer would operators received huge sums of money in compensation from Network Rail for the disruption caused by work to improve their service. No longer would we have the plethora of organisations running and regulating the industry who often don’t seem to be pulling in the same direction. No longer would short term interests of operators override the long term interests of passengers. And so on.

However, rail renationalisation is a small part of what needs to be done by Labour, both on the railways and in the wider transport field. Renationalisation is not a panacea. It will not instantly bring about cheaper fares, or increased investment or solve the dilemma over whether or no to proceed with the deeply flawed HS2. There is a real risk for Labour here which is that by focussing too much on renationalising the railways, the party will fail to focus on wider issues.

I was, therefore, reassured when I bumped into Andy MacDonald, Labour’s shadow transport secretary and he emphasised that Labour’s policy was far wider than the promise to renationalise. Indeed, he stressed, that was not so much the centrepiece but rather part of a much wider strategy.

He said that the focus was very much on environmental aspects of the railways and Labour’s focus would be very much on ensuring that the railways were a crucial part of the sustainable development agenda. In particular, the party would reinstate much of the electrification agenda dumped in by Chris Grayling in his panic over rising costs on the Great Western. Decarbonising the railways is fundamental to Labour’s approach, MacDonald told me.

In fact, MacDonald had set out a comprehensive agenda in a little covered speech to the Institute of Government earlier this year which Professor David Begg, a highly experienced transport practitioner and commentator, described as ‘the most important speech on transport this year’. Indeed, the speech went well beyond consideration of rail renationalisation plans for which, in fact, have not yet been set out in detail. Instead, in the speech, MacDonald spoke of extending the planning period for the railways to a 30-40 year time horizon, rather than the current five year spending programmes. That would be a major boost for the industry, getting away from the stop-start process that has been so damaging and costly.

MacDonald stressed that civil servants would no longer be able to interfere in the workings of the railway like they do now: ‘The over-specification and man marking of the industry by the department needs to end. It’s a waste of resources and energy. I suspect there is a widespread consensus about that’. That is one of the big challenges for the Williams Review.

Indeed, virtually everyone in the industry believes that a new national body is needed to oversee the railways. The disagreement is over precisely what that organisation will do. Although Labour has not yet published its detailed thinking on renationalisation, which actually exists in draft form and will be rushed out in the run-up to an election, MacDonald, made clear in the speech, that the new body would take away many of the Department for Transport’s existing role.

MacDonald made clear, too, that no longer would transport be a silo with mere aspirations about green issues. Instead, he said ‘Labour will align the priorities of the Department for Transport with our commitment to tackle climate change’. He has commissioned Professor Phil Goodwin, a long time critic of existing transport policies with their focus on roadbuilding, to draw up a ‘new social contract on transport’, which will have an emphasis on environmental considerations. This may, I suggest mischievously, put HS2 in doubt as there is no environmental case for the line.

Implementing much of this will not be easy. Look at London, for example, where despite declaring a climate emergency and emphasising the need for more sustainable transport policies, the mayor, Sadiq Khan, is pushing ahead with the Silvertown tunnel, a £1bn road under the Thames which will cause huge local transport congestion and has been widely criticised by local residents and environmental campaigners. The current government has a huge roads budget and MacDonald will need to divert those funds to more sustainable projects. However, when in his speech he mentioned that fuel tax duty had been frozen for nearly a decade while rail fares had gone up well above the rate of inflation, the Daily Mail immediately went into attack dog mode blathering on about ‘a new war on motorists’. MacDonald, if he does become transport secretary, will need to have a stiff backbone to see through these policies.

Renationalisation will capture the attention during the campaign but we should, instead, burrow deeper than that. The wider issues raised by MacDonald are much more significant in the long term. I realise that given the polls it may be doubtful that we will get a Labour government for some time. However, there are so many different possible outcomes to the Brexit crisis that anything is possible. One of the things I learnt at the conference from speaking to a wide variety of pundits, politicians and ordinary Labour activists is that no one has any idea what is going to happen in the next week, let alone by early next year. So a Labour government, perhaps in a coalition, can in no way be ruled out.

Gatwick Express is a bad joke

It is time to abolish the Gatwick Express brand. It is a scam, an inconvenience and a nasty way of fleecing those who, like the many tourists using it, have no understanding of the arcane way our railway works. On my way to the Labour conference, the French woman in front of me was asking for a ticket to Gatwick and was sold a Gatwick Express ticket costing £19 90. But actually, the GE train was cancelled and she had to get on the same Southern service which should have cost her £3 20 less.

Just to add to the scam, it is not possible to get off peak tickets to Gatwick Airport. Therefore, I had paid less, £19 30 for an off peak single (which was then further discounted by my old man’s card and Freedom Pass) to get all the way to Brighton than she had paid to get halfway.

On my return, there was an even more ridiculous anomaly. Gatwick Express trains now go all the way to Brighton so that they do not clog up the limited number of platforms at the airport station which results I got on a Gatwick Express train at Brighton and did not really understand the implications of the announcement at Gatwick that ‘Oyster cards and Freedom Passes’ were not valid. It turns out that my Freedom Pass was not valid for the section between East Croydon and Victoria, and that I would have to pay the premium. In fact, the very harassed staff at the barrier just waved me through, as there were so many people who had clearly made similar mistakes.  What makes this whole farce even more ludicrous is that since Southern is part of the same franchise, all the trains are run by the same company. So there is no genuine competition.

Moreover, there is very little time advantage to the GE trains. They are non-stop but the timetable shows they run at 31 minutes compared with 32 for many of the Southern services. Since Gatwick Express is now really only a brand within the larger Govia Thameslink franchise, there is really no reason for its continued existence, apart from cheating passengers out of more than three quid for the sake of possibly saving a minute – which on such a busy congested route is unlikely anyway.

None of this makes sense. Welcoming visitors from abroad by offering them overpriced train tickets is not a good look. Time to end this farce as soon as possible.